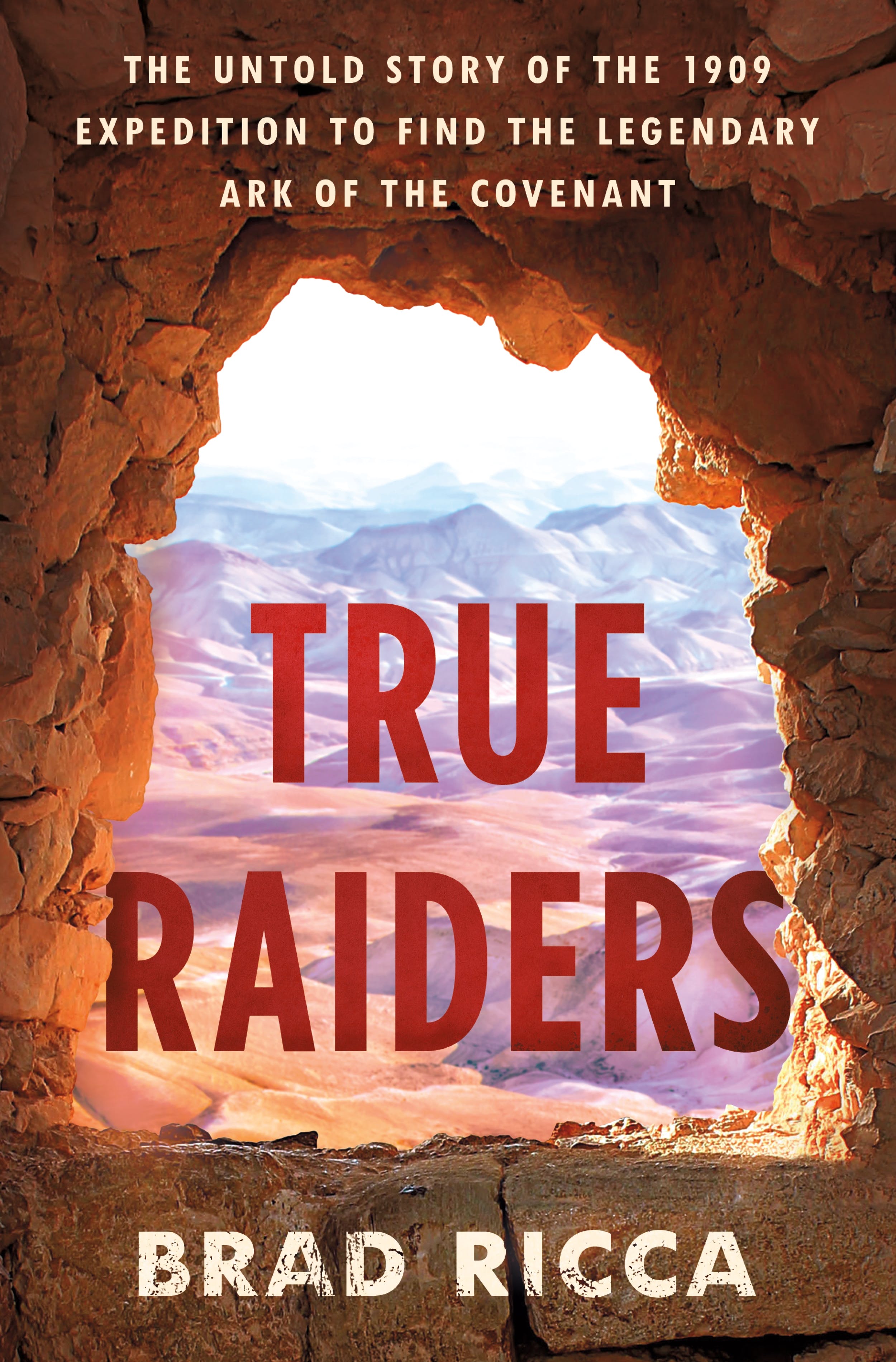 When I first learned that Raiders of the Lost Ark, my favorite movie, might have been based on an actual archaeological expedition, I felt like my face was melting off. – from The Untold Story… article

Before he was the Police Commissioner stuck having to deal with Jack the Ripper, (who was at first, BTW, called, much less memorably, “Leather Apron”) Captain Charles Warren, a Royal Engineer, spent parts of several years near Jerusalem doing archaeological work for the British Crown, digging out some ancient tunnels, and laying the groundwork for explorations to come. About thirty years later, a Finnish scholar believes he has found a code in the Book of Ezekiel that addresses some of the tunnels Warren had excavated. Dr. Valter Juvelius’s code-breaker, he says, points the way to the secret location of the Ark of the Covenant. 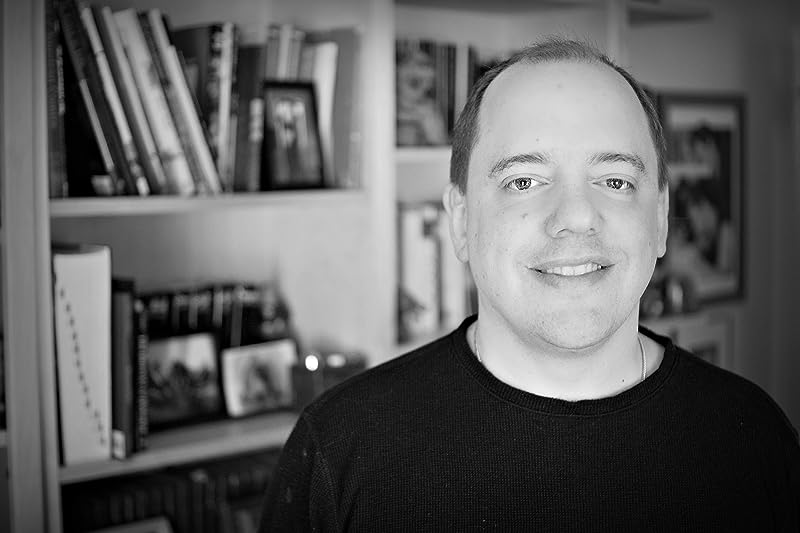 Of course, today this guy would be one of a thousand cranks flogging his wares on the internet, generating eye-rolls, and maybe trying for a spot on Shark Tank. But in 1909 he was taken seriously and was embraced by a group of men willing to spend some of their considerable excess cash on an adventure, and look to their wealthy friends and associates to provide the rest of the needed funding. They formed a group called J.M.P.V.F. Syndicate, for their initials, but referred to it as The Syndicate (nothing sinister there), hoping to find the Ark, reputed to have properties that allowed one to communicate directly with God. Whether it provided an early version of the iPhone, a Star Trek communicator, an eight-ball, a metal can with a very, very long string attached, or no comms-capacity at all, they estimated it to be worth hundreds of millions of pounds, or something on the order of twenty three billion dollars in today’s money. Adigging they will go. Charles Warren in Palestine, 1867 – image from The History Reader

We follow the progress of the digs over several years, noting the discoveries that were made, and the challenges the participants faced. Some very Indy-ish adventures are included. The point of this book is not to tease you about the location of the Ark. Ok, maybe it is, a bit, but rest assured that if the Ark had been found and the author had figured out where it is, I seriously doubt he would be telling us. He would be living VERY LARGE somewhere, and who knows, maybe having daily chats with you-know-who. (Sup, G?)

True Raiders is my love letter to Raiders of the Lost Ark, but also to the conspiracy-minded genre of eighties properties like In Search Of, Amazing Stories, and Holy Blood, Holy Grail…I…want to ask real questions about the intersections between fact, story, and truth. Did Monty really go after the Ark? Yes, he did. What did he find? That answer is more complicated. – from The Untold Story… article

If you picked up this book without having examined the flap copy or inspected the cover too closely, you could easily mistake it for a novel. Ricca has taken liberties, fleshing out the structure of known events with bountiful interpretation. It makes for a smoother and more engaging read than a mere recitation of facts might allow. I was reminded of the shows aired on The History Channel in which actors portray historical events. Ricca does it with panache. A sample:

Ava Lowle Willing Astor was in a mood. She reclined back on her chair and paged through the Times to take her mind off things. She pushed through the headlines to the society pages, to look for the names of people she knew and parties she had attended—and those she had ruthlessly avoided. The Sunday-morning light was streaming through her high windows. Her daughter Alice was around, somewhere.
“Alice!” she yelled out sharply, in no particular direction but loud. There was no answer. She was probably trying on her jewelry again. Ava made a face. 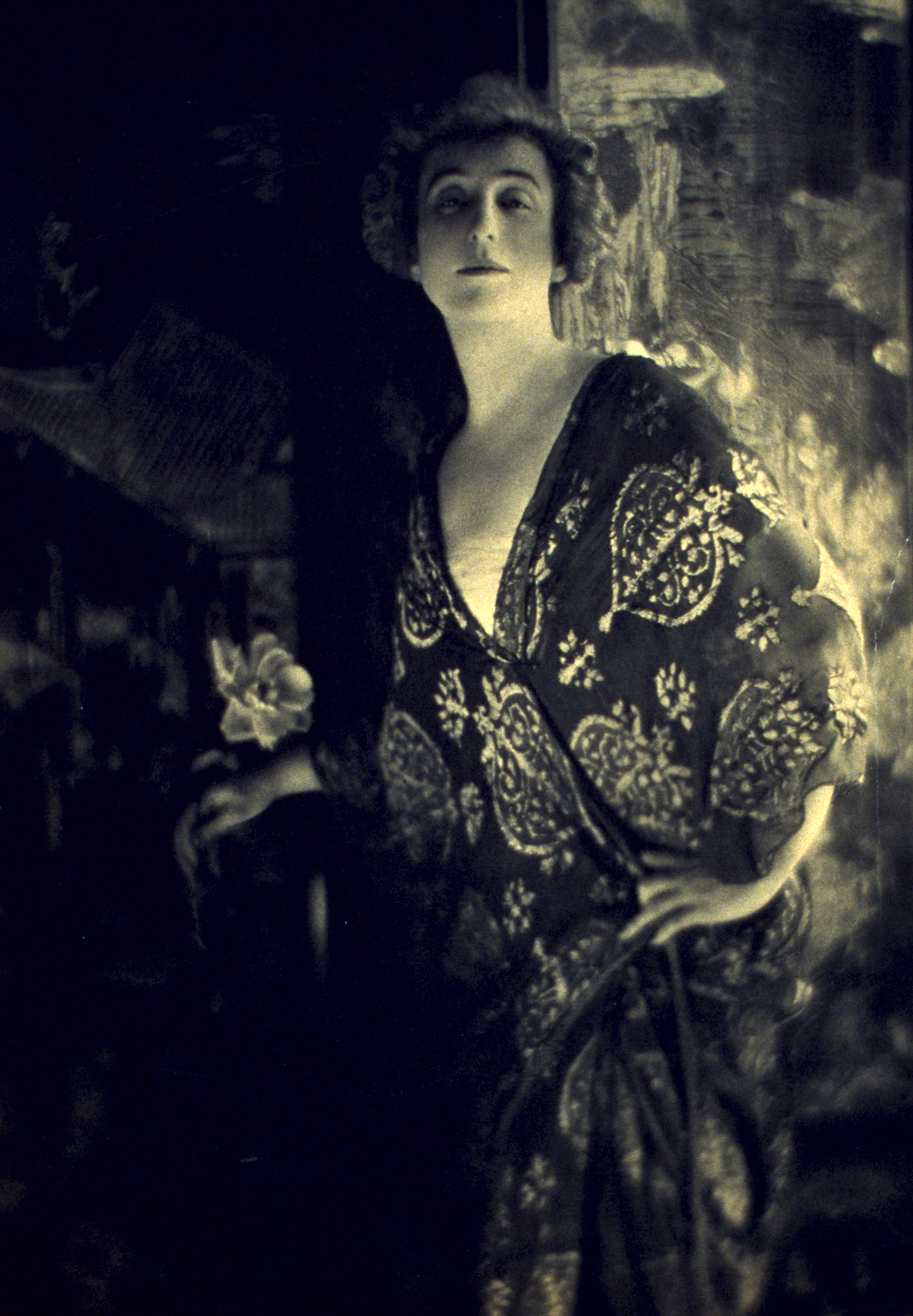 Ava and Monty flirt. But it seems she is here more for social context, and to offer a take on what challenges were faced by uber-rich women with more independence than was thought proper at the time. There are few women playing a significant role in this story. One is Bertha Vester, a Chicago-born local, brought to Jerusalem as a child. She became a towering figure in Jerusalem, internationally renowned for her charitable work with children of all faiths, through the organization her father had established, The American Colony. She was also a major source for Parker, connecting him to local experts able to help in the dig. And offering him the benefit of her knowledge of area history, including Charles Warren’s work.

In the Notes that follows the text of the tale, Ricca says:

Rather than a history, this is a history of the story. Chapters are grouped into parts that are based on the point-of-view of the person or source used.

That is true enough. Monty Parker’s expedition was the one looking hard for the Ark, but Warren’s work thirty years before had done the initial digging, and the de-coding by Dr. Juvelius provided the actual spark. The stories merge when Parker is helped by Bertha Vester to connect with Warren’s work, and with local archaeological experts.

There are personalities aplenty on display here. Ricca gives us some individual histories, although nothing that might smack of a stand-alone biography. Some of the characters were involved in newspaper headlines or related notoriety. Ava Lowle Willing Astor was involved in a front-page divorce from John Jacob Astor IV, who would later sail on the maiden voyage of an ill-starred ship, prior to her involvement with the expedition. As noted earlier, Charles Warren had the misfortune of being the Police Commissioner when Jack the Ripper was cutting his way through London. Monty and his pals gained notoriety of an unwanted sort after one of their (certainly unauthorized) digs. Their hasty retreat was an international incident, garnering coverage in the New York Times, and generating mass outrage among the locals in Jerusalem.

…on May 14, 1911, The New York Times ran a story titled “Mysterious Bags Taken from Mosque.” In it, the expedition is described as having worked for two years just “to reach that one spot.” And though the article asserts that “what they really found no one knows,” it notes that the expedition “told different persons that they are ‘very satisfied.’” The article claims that four or five men, including Parker, Duff, and Wilson, invaded the Haram at midnight, having gained entrance by bribery, and that they lifted up a heavy stone, entered a cavern, and “took away two bags.” Before they left on their white yacht from Jaffa, they had a cup of tea. The caretaker they had bribed was in jail and suffered a further indignation: his great beard and mustache had been shaved off in public.
The same story also printed a conversation between a “very liberal” Moslem man of Jerusalem and an Englishman:
“Suppose that some Moslems entered Westminster Abbey and deliberately carried away treasure from some secret underground vault?” asked the Moslem. “What would happen?”
“War,” said the Englishman.

The book raises questions of where found relics belong, not, ultimately, showing Monty and his partners in the kindest light. Part of that portrayal is to show the self-regard of the upper crust, presuming that their privileged upbringing carried with it not just an inflated sense of entitlement, but an enhanced level of self-regard as being of strong, moral character.

Juvelius was relieved. He knew that one would have to have mediocre intelligence to think they could milk secrets from an English gentleman.

Another participant, Robin Duff, let on to Rudyard Kipling that he was responsible for raping local virgins in Jerusalem. Maybe not quite the highest moral character.

There is a far-too-lengthy where-are-they-now series of chapters at the back of the book that might have been more alluring in a longer work, one that had offered more beforehand about the people involved, made us more interested in their stories. It makes sense in the overall intent, but seemed too large a tail for a creature of this size.

You will learn some interesting intel reading True Raiders, such as where the Indy writers got the notion of that gigantic boulder rolling through a tunnel, a possible origin for a Scandinavian deity, and how George Lucas decided on the Ark as the target of Indiana Jones’s first great quest. It seems possible that Monty Parker was one of many real-world models for the fictitious Indy. The location of the Ark should surely spark some interest of the did-they-or-didn’t-they find it sort. You will see the sort of competition Parker faced while attempting to find the Ark, from both the rich and powerful billionaire sorts and more local interests. Ava Astor has some interesting whoo-whoo experiences, unrelated to Monty’s dig. Ricca offers a sense of adventure in a real-world story, however embellished the details might be. He brings actual archaeological knowledge along, showing the significance of the finds made by both the Warren and Parker digs, gives us a look at some of the social mores and activities of the times, and loads it all up with a wonderful sense of fun, allowing readers to wonder, Would I have done this or that if offered the chance? No fedora, leather jacket, or whip needed. True Raiders is definitely worth exploring. No snakes involved.

I received an e-ARE of True Raiders from St. Martins through NetGalley in return for doing some digging. Thanks.

Interview
—–Constant Wonder – Searching for the Ark of the Covenant – by Markus Smith – audio – 40:34

Items of Interest from the author
—–Excerpt from The History Reader – True Raiders: Charles Warren
—–The Untold Story of the Expedition to Find the Legendary Ark of the Covenant

I try not to think about it too much, but I think I spent a great many lonely years earning a doctorate solely because of Raiders. I may not have been lost in Egyptian tombs or navigated ancient mazes, but I have found lost documents and have taught for many years out of cramped offices that resembled utility closets. And it was all great. But I never thought it would lead me to the Ark. Somewhere, I was disappointed not only that it hadn’t, but that I had foolishly believed it would.

Then I learned about Monty Parker.