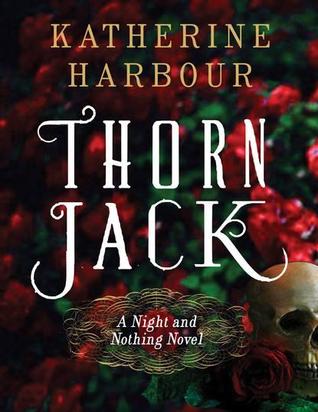 In the beginning was nothing. From nothing emerged night. Then came the children of nothing and night

Seventeen-year-old Finn Sullivan has the luck of the Irish, if you consider how the phrase was used during Irish immigration to the New World. When she was living in Vermont, her mother was killed in an auto accident. A move to San Francisco did not improve things for good as her older sister, Lily Rose, committed suicide there. A need for a change of scene brings Finn and her Da back to the town where he was raised, Fair Hollow, in upstate New York. Enrolled in a local college, HallowHeart, she meets the dazzling but mysterious Jack Fata. They may or may not be fated to be together, but the Fata family is very definitely a big deal in this small town, which is not exactly the epitome of exurban serenity.

“So what’s with all the little pixies everywhere? Carved into HallowHeart, the theater…”
“They were worshipped here…”
“Pixies?”
“Fairy folk. Some of the immigrants from Ireland followed the fairy faith. And the Irish had badass fairies.”

The local décor seems to favor the mythological, as if the entire place had brought in the Brothers Grimm and Arthur Rackham to consult on a makeover. The older mansions tend toward the abandoned and the locals tend toward the odd. Finn finds a few friends, and together they try to figure out the enigma that is Fair Hollow, maybe save a few folks from a dark end, and try to stay alive long enough to accomplish both.

There are twists aplenty and a steady drumbeat of revelation and challenge to keep readers guessing. Finn is easy to root for, a smart, curious kid with a good heart who sometimes makes questionable decisions, but always means well. Jack offers danger and charm, threat and vulnerability. And Reiko Fata, the local Dragon Lady, a strong malevolent force, provides a worthy opponent. Harbour has fun with characters’ names that even Rowling would enjoy. Jane Ivy, for example, teaches botany. A teacher of metal-working is named, I suspect, for a metal band front man.

Each chapter begins with two quotes (well, most chapters anyway). One is from diverse sources on mythology and literature, and the second is from the journal of Finn’s late sibling. They serve to give readers a heads up about some elements of what lies ahead. One of the things that I found interesting about this book was the sheer volume of references to literature and mythology from across the world, not just in the chapter-intro quotes but in the text as well. I spent quite a bit of time making use of the google machine checking out many of these. You could probably craft an entire course on mythology just from the references in this book. In fact the author includes a bibliography of some of the referenced works. There are references as well to painterly works of art. Harbour includes a glossary of terms used by or in reference to the Fata family that comes in very handy. The core mythological element here is Tam Lin, a tale from the British Isles about a man who is the captive of the Queen of the Fairies and the young lady who seeks to free him.

The dream scene where Finn is speaking with her older sister and things grow sinister was an actual dream I had when I was seventeen. The revision was influenced by a book called Visions and Folktales in the West of Ireland, by Lady Gregory, a collection of local stories about some very scary faeries. The Thorn Jack trilogy is influenced by Shakespeare, Alice in Wonderland, Peter Pan, and Frankenstein. – from the author’s site

It is tough to read a book about young attraction of this sort and not think of Twilight, or Romeo and Juliet for that matter. And where there is a school in a place in which there are some odd goings on, and mystery-laden instructors, there will always be a whiff of Hogwarts in the air. But this one stands pretty well on its own.

Gripes-section. I did indeed enjoy the mythology tutorial available here, but sometimes I felt that the author could have pared this element down a bit. One result of this wealth of material was that it made the book a slow read for me. But then I have OCD inclinations, and have to look up every bloody one of these things. You may not suffer from this particular affliction, so may skip through much more quickly than I did. Or, if you are a regular reader of fantasy fiction, you may already know the references that my ignorant and memory-challenged self had to look up. Also, there are a LOT of characters. I tried my best to keep track by making a list and I strongly advise you to keep a chart of your own. It can get confusing. Finally, the quoted passages from Lily Rose’s journal do not much sound like passages from anyone‘s journal and seem to be present primarily to offer a double-dip into mythological reference material.

That said, Thorn Jack was engaging and entertaining, offering mystery, frights, young romance, and a chance to brush up on your mythology. Think Veronica Mars in Forks by way of Robert Graves.

Harbour has two more planned for the series, The Briar Queen and The Nettle King. I would expect she would address some of the questions that linger at the end of this first entry. What did her parents know and when did they know it? Is there an actual core curriculum requirement at HallowHeart College?

Also, definitely check out another of Harbour’s sites, Dark Faery/Black Rabbit , which includes additional entries from Lily Rose’s journal, among other things.

There are some scenes in Thorn Jack that include statuary of magical beings. I wonder if, as Harbour is from Albany, and was certainly exposed to Saratoga Springs, only about 30 miles away, (my wife and I visited in Autumn 2013) she might have been influenced by this Pan statue and/or similar pieces in Congress Park there. On her site, she talks about being inspired by abandoned mansions along the Hudson. Here is a site that shows all sorts of abandoned buildings, along the Hudson and elsewhere.

Filed under Fantasy, Fiction, Reviews, YA and kids