How to Find Your Way Home by Katy Regan 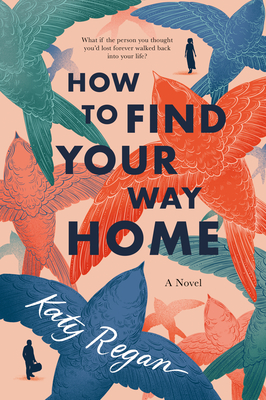 …here begins one of the last evenings I remember of my old life. The life I had constructed like the tough, prickled outer shell of a horse chestnut around me, before it was cracked open and the truth of my life was laid bare, as frighteningly untouched and uncharted as that shiny conker hidden inside.

Do we choose our homes? Physically, sure. As adults we can move here or there. Does a chick choose its nest? We are not necessarily bolted to our birthplaces, but they are our first homes, and that initial setting is a very powerful thing, rich with association, memory, and attachment, particularly if we remain there more than just a few years. Many, maybe most people move away, significantly away. We may return annually to see family, or not. Maybe the places to which we relocate become truer homes for us. I shudder, for example, at the thought of ever again living in the neighborhood where I was raised. While I love the city, that particular part of it holds no attraction for me. I got out as fast as I could, and never wanted to be back there again. But for many, like Dorothy Gale, there is a primal bond with that ground. There’s no place like home for Stephen Nelson, as well, as he carries deep ties to the place where he was raised. He has been away from it for a very long time. 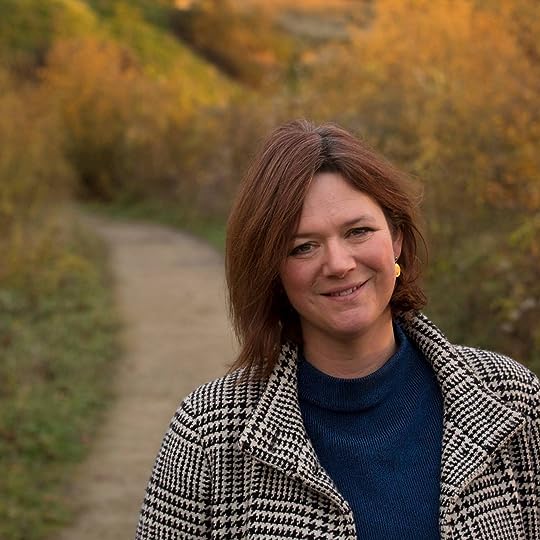 Emily Nelson has different rootedness issues. A connection to her brother is where home is for Emily. Stephen was an amazing big brother, about five years older. Delighted to have her there, eager to teach her about what excited him in the world, which was mostly birds, an interest his father shared and nurtured in his children. And she was always thrilled to be with “Deebie.” They found a particular Eden-ic magic in the avian-rich marshlands very near their home on Canvey Island, (Essex’s answer to the Mississippi Delta) even camping out there sometimes. She is concerned about his survival.

Their allegiance gained significance when their mother, unhappy with her exurban experience, ditched their father for what she’d hoped would be a more satisfying life. Sadly, her new mate seemed to have a bug up his bum about Stephen, always criticizing him, never recognizing Stephen’s strengths, and generally being a total horse’s ass of a stepfather. The sibs really needed to stick together when they were with Mum and Mitch. But something happened when they were still kids. Mitch was severely injured, and Stephen was jailed, from his teens into his twenties. Once out, things did not go well. He has been living rough for the last fifteen years.

We meet Emily in the today of the novel, 2018. She is 31, living in London, a housing officer in the council’s homeless department. She has had a series of relationships, (failure to nest?) the latest of which is with an architect, but:

She realizes that James will not last, no one will until she can resolve the huge hole in her from the loss of Stephen.

They have been out of touch since shortly after his release from prison. She has been desperate to find him for some time. When she hears his voice in her office one day, the chase is on. She invites him to move in with her.

The story moves along two time tracks. First is the contemporary, as Emily searches for Stephen, wanting to reconnect with him, wanting to help him, wanting to get her brother back after a very long absence. This current-day look is split between Emily’s first-person and Stephen’s third-person POVs. The second time track is a slow unraveling of the past, from Emily’s birth to the tragic event that defines the story. What happened in their lives as kids? What forged their bond? What ultimately caused Stephen to be sent to jail? Why has Stephen been homeless for so long? This is told in ten chapters, named for birds, telling stories from their childhood involving specific birds, or breeds, or just using bird imagery. Stork, for example, is about Emily’s arrival. Mother Duck tells of a Make Way for Ducklings event. Cockatoo refers to someone’s hairstyle.

Stephen struggles with hope, whether to keep on or to fly the coop on possibility. Lord knows, he has had plenty of reasons to. His father has been willing to keep lines of communication open, if with less than total warmth. But his mother, unhappily, stuck with caring for the husband whose tetraplegia is the reason Stephen was imprisoned, is not so eager. Stephen has learned to survive on the streets, kept going by his love of birds. He has artistic ability, and picks up some money selling drawings of them.

Regan first volunteered at a soup kitchen for the homeless when she was 17.

My favorite bit of the shift was to sit down after we’d served breakfast and chat. What surprised me then, besides the sheer resilience these people possessed, was how little there was between my life—a “normal life”—and theirs. A few wrong turns, a relationship breakup, some bad luck was all it seemed to take for you to wind up sleeping on the streets and relying on charity to eat. Most of all, what I learned there (as well as from my research for How to Find Your Way Home) was that the difference between those who managed to dodge homelessness and those who slipped through the net was just that: too-big holes in the net. If you’d burned the bridges of your support network or had been abandoned by the people in it, you were out of luck. When I became a writer, I promised myself I would one day write a book telling the story of a homeless person. – from the Bok Club kit

Bird imagery permeates the novel. In fact, there is enough avian material here to fill a king-size comforter. It is as lovely as one of those too, the feathered supporting cast bolstering the issues among the feather-free characters. A skein of geese, for example, is explained as group members taking turns bearing the brunt of the migratory lead. Swifts faithfully return to the same nesting site every year, maintaining their pair-bond for life. Although birds permeate the novel, the bird-title chapters focus on this imagery most pointedly.

Another motif to keep an eye on is windows. Stephen is an outsider from childhood. Emily feels like one as well. Windows always mark a separation, and what you see through them may not tell a true or a full tale.

That’s what you’d see, if you looked through the window: four thirty-something friends, “upwardly mobile” themselves I suppose, having dinner, chatting, having fun on a Saturday night, me in the middle in my orange top that says “Happy Days” on it. But I’m not happy.

A dark, tall shadow flashed across the kitchen window and I jumped half out of my skin.

Stephen and Emily have some serious issues between them to contend with, in addition to the challenges that both face with the wider universe. Stephen has good reason to be cautious about the world. He may have been sent to prison for a crime as a teen but he seems a pretty decent sort as a served-his-time thirty-something. Emily may have cut herself off from the world of love emotionally, if not physically, but we come to see that this originates in pain. She seems to have a good heart. So, rooting for these two is easy. And there is a very satisfying twist toward the end. HTFYWH was moving enough that my notes include three instances of TEARS!. There is also some exquisite, lyrical writing here.

I suppose there a few loose feathers that might make one sneeze a bit. Stephen seemed to spend an extreme number of years living on the street. Really? No social service types managed to coral him into a rehab program, maybe got him set up with a social worker. Possible? Oh, sure. But, still. Could Emily really have afforded a London flat in a nice neighborhood on a public employee’s income? Also, the wrap-up seemed a bit speedy. Without spoiling anything, situations were presented that seemed lacking in sufficient preparatory support. And yes, there was certainly a large volume of feathery references. Some might find that a downer. I rather liked it. I will spare you the Emily Dickinson quote, but it is certainly an undercurrent here as Stephen’s ability to carry on is bolstered by his love of birds and birding.

Louise Erdrich this ain’t, but it is a lovely, warm-hearted novel. That said, I found myself always very eager to return to my bedtime book home for the week and a half for which I was able to stretch this out. Dorothy Gale was right. There’s no place like it.

Stephen loved the sounds as much as he loved the space out here: the wind, creeping through the grasses, that reminded Stephen of rain, when it first, softly, begins to fall; the hum of traffic coming from the A130; and the occasional train, slicing through the countryside with its ghostly sigh. Stephen liked these reminders that the town was nearby. It was as if England and all it had to offer was right here, at the edge-lands—a world within a world. And it had been rolled out like a map, for him to run free over.

I received an ARE of How To Find Your Way Home from Berkley in return for directions. Thanks, folks.

Katy Regan was brought up in a seaside town in northern England. She studied at the University of Leeds before moving to London, where she worked as a journalist and as a commissioning editor at Marie Claire magazine. How To Find Your Way Home is her fifth book.