The Maidens by Alex Michaelides 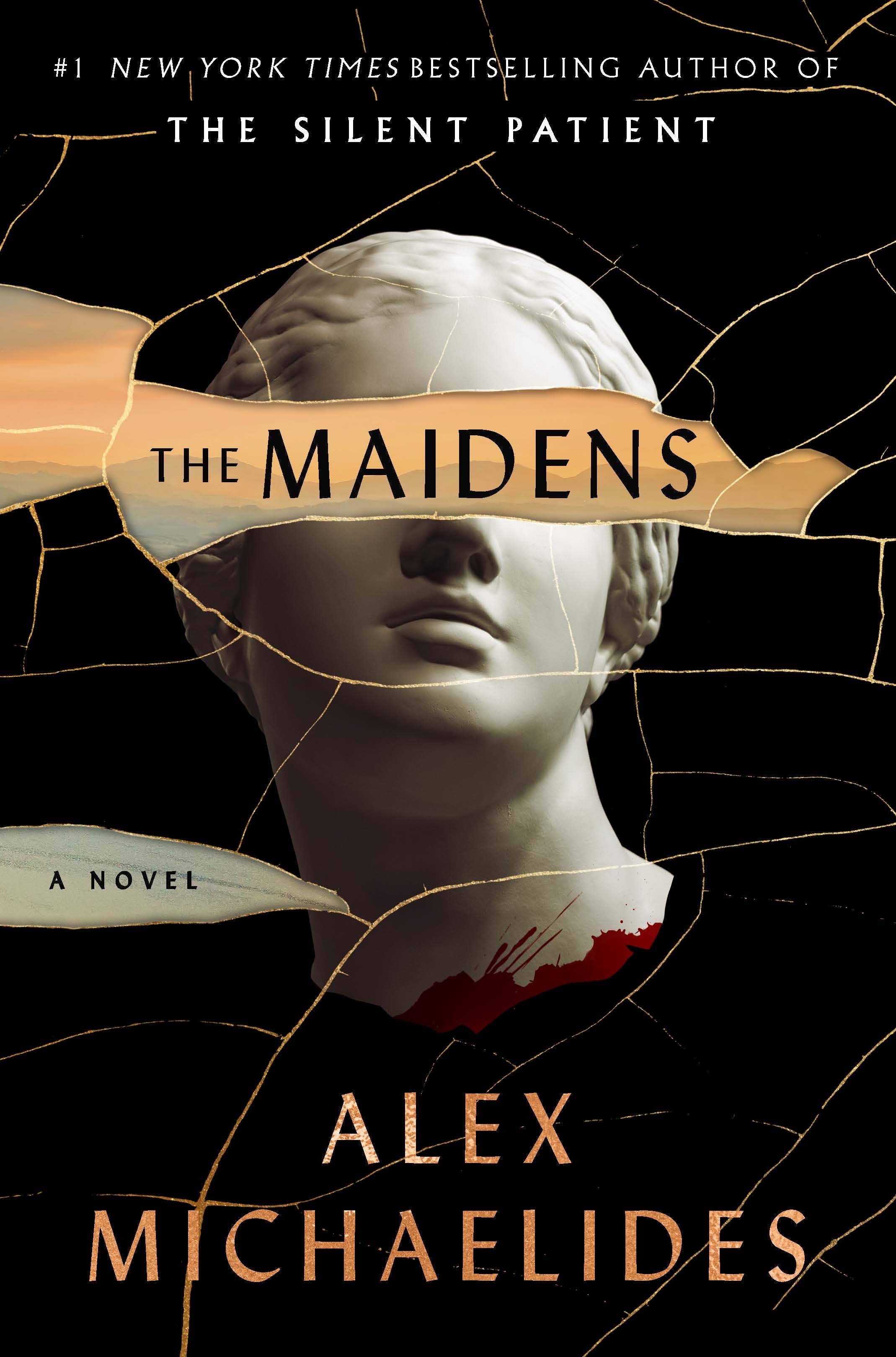 It felt as if a kind of pestilence, a plague, were spreading through the college—like in a Greek myth, the sickness that destroyed Thebes; an invisible airborne poison drifting through the courtyards—and these ancient walls, once a refuge from the outside world, no longer offered any protection.

When Zoe calls her aunt from Cambridge to tell her that her best friend has gone missing, Mariana Andros, a group therapist in London, heads to her alma mater immediately. In no time she has ID’d a likely suspect and proceeds to find out everything she can, hoping, expecting to show that Professor Edward Fosca is a murderer. 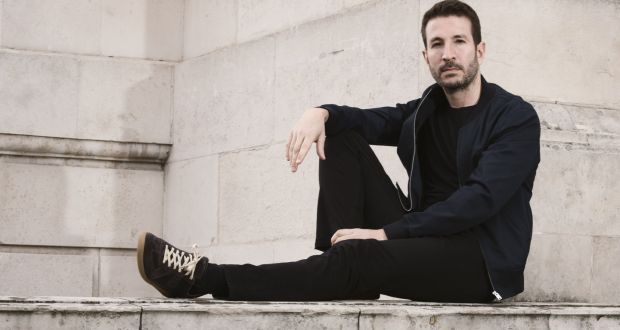 He certainly seems a likely candidate. A gifted teacher of classics, Fosca (This name derives from the Latin “fuscus”, meaning “gloomy, dark, black, (voice) hoarse, hollow, cavernous, (of thoughts) dark, secret, occult” – uh, oh – from name-doctor.com) has a Svengali-ish charm. He has assembled around him a small cult, female students who dress alike, attend private instruction with him, and who knows what else? They are known as The Maidens. Zoe’s friend, Tara, had been a member. They, under the leadership of Fosca, are into an ancient cult that was particularly focused on the line between life and death.

Mariana couldn’t help but feel a little skeptical—her background in group therapy told her, as a rule, to be suspicious of any group in love with a teacher; those situations rarely ended well.

But, Mariana may not be in the best frame of mind to take this all on. We would expect that a trained psychotherapist would be a good judge of people, but looking at the world from behind the veil of her grief, gives us cause to question her judgements. She is still mourning the loss of her beloved husband, Sebastian, who had drowned a year ago, while they were vacationing on the island of Nexos, a vacation she had pushed him to take. Guilt much? 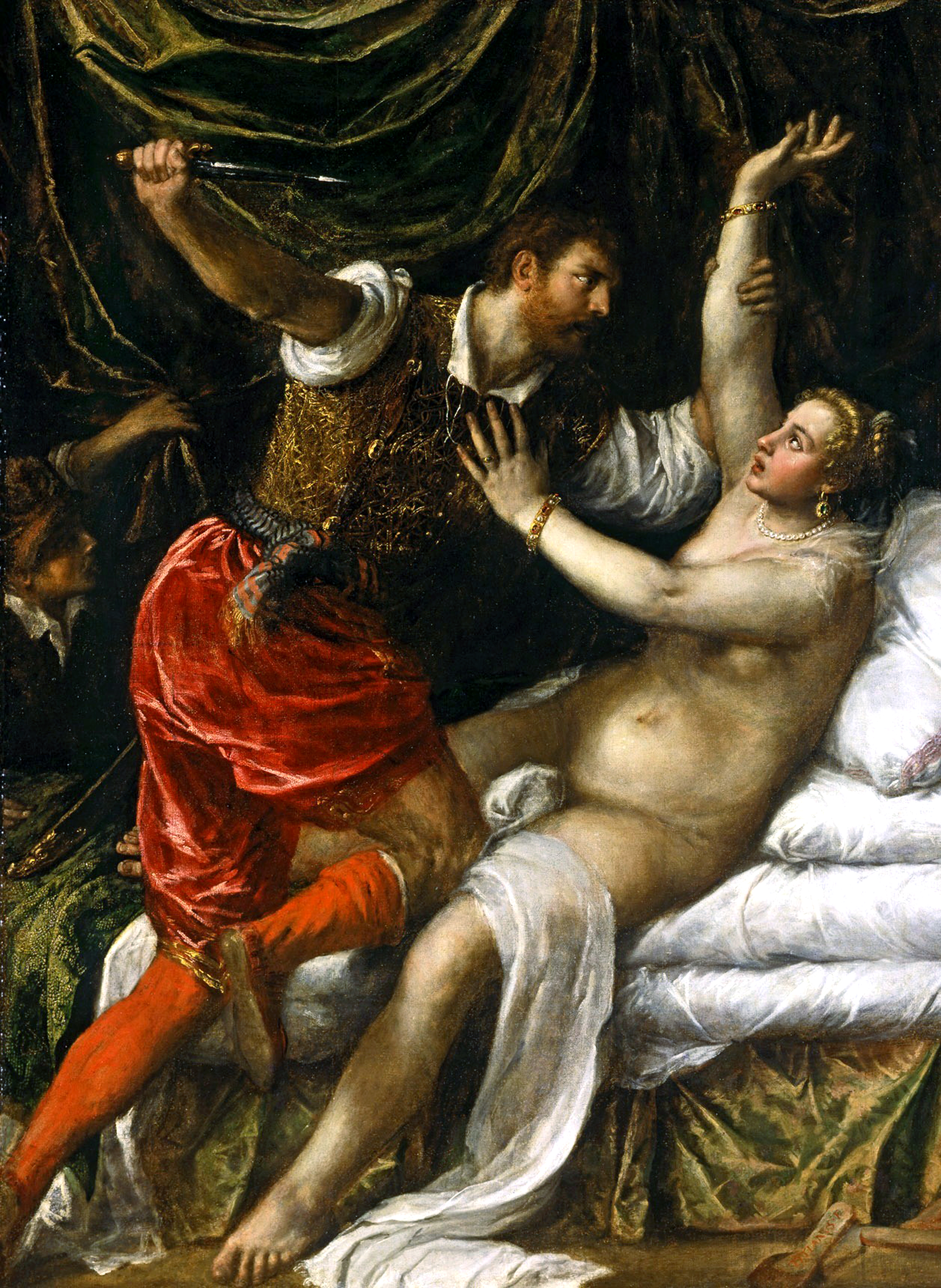 Tarquin and Lucretia – image from Wikimedia

Michaelides offers us a list of alternate suspects. Among them are a dodgy university porter, an obsessed patient of Mariana’s, the Maidens themselves, and a young man who seems particularly enamored of Mariana, persists in wooing her, and who claims an ability to foresee things.

Mariana picks up some collateral support, including a former mentor still at the university, and an erstwhile school chum, who is now consulting with the police. He offers her access to investigation intel, over the objections of his superior, DI Sangha, in the seemingly-mandatory dickish cop role. 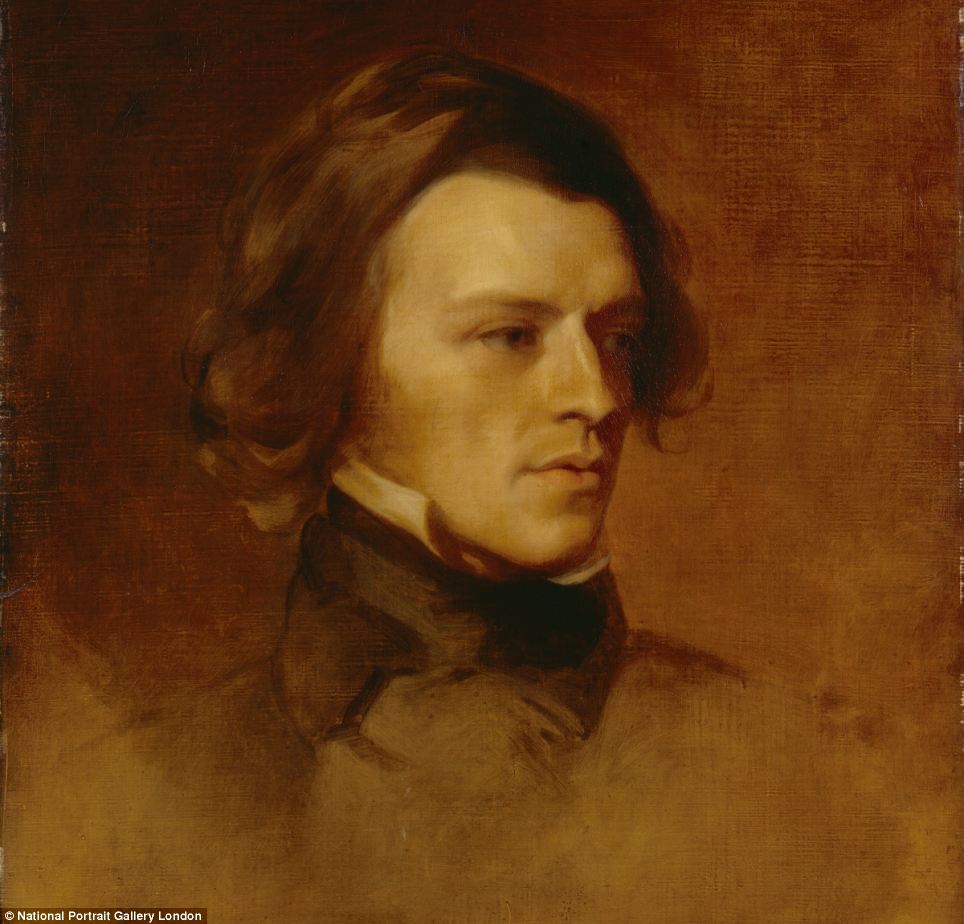 Tennyson – image from The Daily Mail

There are some of the elements of a cozy here, the amateur sleuth, with a friend on the force, the violence taking place off-screen, local sources that help one suss out the landscape, and quirky secondary characters. But this one is more a thriller, with sharper teeth. It features an undercurrent of dread well beyond the mystery of a simple whodunit. The violence, even though we get no front seat to it, is biting. No Miss Marple, Mariana is not merely an outside observer, but a participant in this drama. And a potential victim.

I thought a lot about the secretive nature of groups as I was writing – especially within Cambridge. There are groups within groups. I studied group therapy myself, that’s what I specialize in. It all goes back to the classic mysteries that I love, from authors like Agatha Christie: Everything is always set in an enclosed location, like an isolated house, a train, a private island. Cambridge is similar.

Trinity College – image from The Maidenssociety.com

Tennyson comes in for multiple mentions. Greek mythology figures large and Mariana even finds herself succumbing to a bit of atavistic religiosity at times. The mythology that permeates the novel is a particularly fun element, offering an incentive to crank up the search engine of one’s choice and dig in a bit. You may or may not recall the ups and downs of Demeter and Persephone, but there are some other items from ancient Greek stories that I bet you never heard of. It is always fun to learn these things. Michaelides grew up on Cyprus where, he says, Greek mythology was in the air. The old stories were part of general cultural knowledge, with the old plays being regularly restaged, like how we generate new films of Spiderman or Jane Austen novels here. 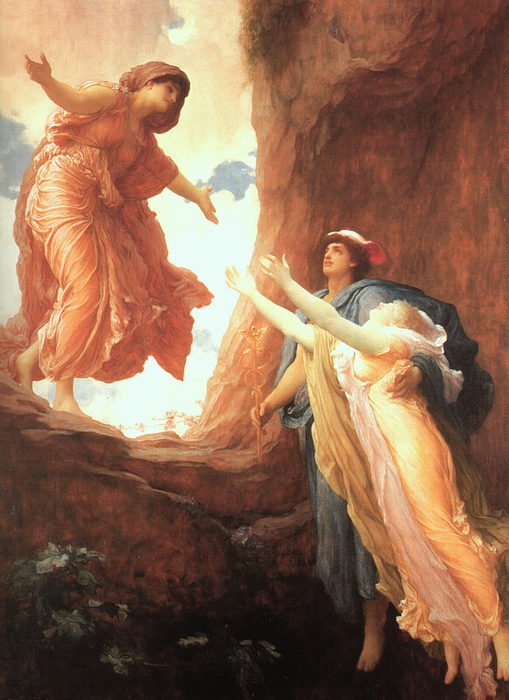 Return of Persephone, by Leighton – image from Holographical Archetypes

Additional spice is provided by seven chapters that offer a psycho-side view of the world, an ongoing battle-royale between the dark side and the fading light. Is this our killer? Michaelides has a background in psychology, specifically group therapy, so writes strongly about both psychopathology, and treatment.

He was a screenwriter for twenty years before his first novel, The Silent Patient, was published to huge success. The lessons he learned from that experience translate into a fast-paced read, strong on visual flair, with excellent atmospherics and tension-building. We can easily engage with our lead. Mariana seems a decent sort. She has suffered a terrible loss, which increases our sympathy for her. It is not hard to root for her to ferret out the killer, and to remain alive.

There were a few things that bothered me in the book. How could Seb, who was fit and a good swimmer be drowned by a stormy sea? Surely, he knew his limits. Why would anyone go to dinner at the private rooms of a suspected murderer and not tell anyone where they were going? Most significantly there are two characters involved in a major plot twist at the end. While there were some breadcrumbs established for one of them, it seemed to me that the hints re the other were sorely lacking.

That said, the bottom line is that The Maidens is a fun read, a real page-turner that will get your blood pumping, and offer an opportunity to refresh, or learn for the first time, some fascinating Greek mythology.

Death was no stranger to Mariana; it had been her traveling companion since she was a child—keeping close behind her, hovering just over her shoulder. She sometimes felt she had been cursed as if by some malevolent goddess in a Greek myth, to lose everyone she ever loved.

I received an ARE of The Maidens from Celadon in return for an honest review and some small blood sacrifices. Really, there is no need to involve the police.

Thanks, too, to MC for encouraging the gods and goddesses of ARE distribution on my behalf.

Interviews
—–Good Morning America – video 3:24
—–Entertainment Weekly – Alex Michaelides on the most unsettling elements of The Maidens by Seija Rankin
—–The Irish Times – ‘I asked myself what Agatha Christie would do, and what she hadn’t already done’
—–Barnes and Noble – Agatha Christie, Sleight of Hand, and Psychological Complexity: An Interview with The Silent Patient Author Alex Michaelides – by Jeff Somers – Obviously mostly focused on Michaelides’ earlier book, but there is material in here that is relevant to this book as well

Items of Interest
—– Eleusinian Mysteries and Psychedelic Enlightenment
—–Wiki on Eleusinian Mysteries
—–Greeking.Me – Demeter, the Lady of Eleusis – there is a nice summary in here of Demeter and Persephone’s difficult situation
—–Greek Legends and Myths – Leda and Zeus in Greek Mythology
—–Tennyson’s poem – Mariana