The Enchanted by Rene Denfeld

What matters in prison is not who you are but what you want to become. This is the place of true imagination.

Rene Denfeld, the author of The Enchanted has the heart of a warrior and the soul of a poet. She has written a novel about identity, understanding, the roots of crime, the reality of prison life, the possibility for redemption, and the ability of people to use imagination to rise beyond the purely material to the transcendent. There are three primary and several very strongly written secondary characters whose stories are interwoven.

In the death row of a stone prison somewhere in America, a nameless inmate, entombed in a lightless dungeon, has constructed a fantastical appreciation for the world he inhabits, bringing a glorious light into his Stygian darkness.

The most wonderful enchanted things happen here—the most enchanted things you can imagine. I want to tell you while I still have time, before they close the black curtain and I take my final bow.

In reading, he has the freedom his external circumstances preclude. And he interprets his surroundings through a magical lens. The rumblings of tectonic activity become golden horses racing underground. He sees small men with hammers in the walls (a particularly Lovecraftian notion) and flibber-gibbets, beings who feed on the warmth of death itself. He visualizes his very sweat rising to join the atmosphere and raining down on China. He is also able to perceive feelings and needs in others, observing from his isolation, and offering a bit of narrator omniscience. That he is able to find enchantment in this darkest of situations is breathtaking. I was reminded, in a way, of Tolkien’s Gollum, the battle between the darkness and the light within a single being. But enchantment is not reserved for the inmate alone. 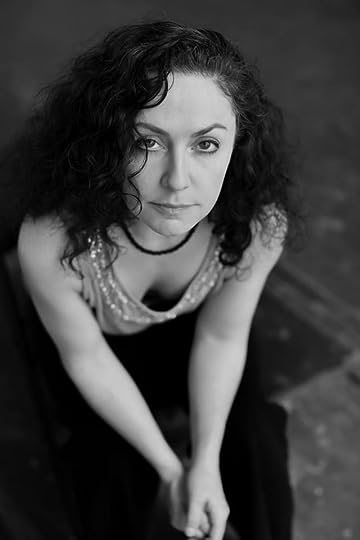 An investigator, known only as The Lady, is working on the case of a prisoner named York. After being on death row for twelve years, York had decided to abstain from any further appeals. The Lady had been hired by York’s attorneys to look into his case. We follow her as she unearths a horrific past that helps explain how York came to be where and who he is. She has a history of her own that informs her ability to relate to her clients. Once upon a time she needed a redoubt of her own.

What did she think about during those endless hours in the laurel hedge? As a child, she made an imaginary world so real that she could feel and taste it today. Sometimes she would imagine that she and her mom lived on a magical island where the trees dripped fruit. Other times they traveled all over the world, just the two of them, like the best of buddies. In all the stories her mom was whole and she was safe. When she left the laurel hedge, she would bend the thick green leaves back, to hide where she had been. And when she came back the next day, crawling with a sandwich she had made of stale bread with the mold cut off, and hardened peanut butter from the jar, the magic would be waiting for her.

She has enchantment in her adult life as well, while pursuing her investigation, as she is dazzled by some of the natural beauty she encounters.

A fallen priest tends to the spiritual needs of the inmates, but he guards a secret that he desperately needs to confess. While he offers what comfort he can to the inmates, who can really see him? Who can forgive him?

Much of this novel is about seeing and being seen, of crime, punishment and forgiveness. The Lady’s role is to see the prisoners, see their history, see what lies beneath the awful exterior. She is respected and admired, but not much seen herself. Many of the inmates and guards get by precisely because they succeed in remaining unseen. Prison is a dangerous place in which to be seen. Those who see might use that vision for dark purposes.

Denfeld lifts a wet rock to reveal the maggot-ridden structure of unofficial prison governance, the corruption and cruelty that permeates this world, even with a fair warden nominally in charge. Corrupt guards ally with brutish alpha inmates for their mutual gain. There is considerable detail about prison life, including such things as why metal food trays are used instead of plastic, how the bodies of the deceased are handled, what events are considered disruptive and what are considered ameliorative, and even some history of the prison, including reasons for elements of its design. She also looks through the eyes of the warden and the guards, offering keen insight.

The story lines include learning what The Lady discovers as she looks into York’s past, following the travails of a new, young, white-haired prisoner, seeing how corruption in the prison operates, and accumulating bits of the nameless prisoner’s story.

There are indeed monsters inside the stone walls, as there are monsters without, both drawn to the despoiling of innocence and beauty. But in this pit of ultimate despair, where all hope is lost, there is magic of another sort. Life may be harsh and death may be near, but welcoming the golden subterranean steeds, attending to the little men with hammers, imagining elements of one’s self traversing the planet, traveling along with the characters in a book, seeing, really seeing others, can lift one beyond the cares of the physical world.

Can there be redemption for the horrific crimes these condemned men have committed? Should they die for their crimes, whether they want to or not? Might it be a harsher punishment, even crueler, to keep them alive?

Denfeld has a considerable history. She is an investigator for death-row inmates, and thus the model for The Lady. Her knowledge of the prison world is well applied here. She wrote a piece for the New York Times Magazine on the impact on children of being raised by cognitively impaired parents, a subject that is significant in the story. In addition, her 2007 book, All God’s Children informs her knowledge of the often violent world of street families, young criminals in particular. She is also an amateur boxer. I would not mess with her.

This is simply one of the most moving books I have ever read. Not only is the material heart-breaking, but the language Denfeld uses in her descriptions, the gentle magic of the imagination with which she imbues some of her characters is poetic and stunning.

I hear them, the fallen priest and the lady. Their footsteps sound like the soft hush of rain over the stone floors. They have been talking, low and soft, their voices sliding like a river current that stops outside my cell. When I hear them talk, I think of rain and water and crystal-clear rivers, and when I hear them pause, it is like a cascade of water over falls.

While there is enough darkness in The Enchanted to fill a good-size dungeon, it is the moments of light, the beauty of language and imagination, and the triumph of spirit that will cast a spell over you that will last until you shuffle off this mortal coil.

The Enchanted will be available March 2014

2 responses to “The Enchanted by Rene Denfeld”