The Devil’s Chessboard by David Talbot

We often forget how fragile a creation democracy is—a delicate eggshell in the rough-and-tumble of history. Even in the cradle of democracy, ancient Athens, rule by the people could barely survive for a couple of centuries. And throughout its brief history, Athenian democracy was besieged from within by the forces of oligarchy and tyranny. There were secret clubs of aristocrats who hired squads of assassins to kill popular leaders. Terror reigned during these convulsions and civil society was too intimidated to bring the assassins to justice. Democracy, Thucydides tells us, was “cowed in mind.”

Our country’s cheerleaders are wedded to the notion of American exceptionalism. But when it comes to the machinations of power, we are all too similar to other societies and ones that have come before us. There is an implacable brutality to power that is familiar throughout the world and throughout history. And no matter where power rules, there is the same determination by those in high places to keep their activities hidden.

In The Map That Changed the World, Simon Winchester wrote about William Smith, an 18th century canal digger who discovered that beneath the surface of the earth there were hidden layers of fossils, earth and stone that rose and fell connecting one to another and forming an understructure that told a tale of the earth’s history. He spent more than two decades gathering the information to prove his theory and eventually created the map of the book’s title. David Talbot entered into a considerable effort of subterranean digging himself, and has drawn a map of unseen layers that cross the planet and affect everything, a map that shows some of the hidden structures that lie beneath the world we think we know, the history we think we have experienced. The fossils in this case are pieces of evidence showing a history of secrets. When you look at the mass of dark deeds perpetrated by the United States in the latter half of the 20th century, there is one man, more than any other, who appears, Zelig-like, over and over again, Allan Dulles, the evidence of his deeds buried in the fossil accretions of our public and foreign policy past. His older brother, John Foster Dulles, would become a Secretary of State and wield considerable influence on his own. The pair formed a two-headed monster of foreign intrigue while in office at the same time. But the focus here is primarily on Allen Dulles

The Devil’s Chessboard reads like a riveting spy novel, peeling back layer after layer as it races to its climax. Dulles was a partner in an international law firm. Foster was chairman. Allen Dulles spent considerable swaths of time in government service, as a diplomat and spy. As such he made contacts all across Europe that would come in handy later.

Foster Dulles became so deeply enmeshed in the lucrative revitalization of Germany that he found it difficult to separate his firm’s interests from that of the rising economic and military power—even after Hitler consolidated control of the country in the 1930s. Foster continued to represent German cartels like IG Farben as they were integrated into the Nazis’ growing war machine, helping the industrial giants secure access to key war materials.

Nazi, schmazi. Foster kept the Berlin offices of the company, Sullivan and Cromwell, open until, in 1935, his partners forced him to shut it down, fearful of horrendous PR problems.

Consider some nuggets dug from the accretions of Allen Dulles’s history:
—WW II – he tries to arrange a separate peace with Nazi Germany despite specific orders from FDR to do no such thing, thus undermining the alliance between the US and Soviet Union, and contributing to suspicion between the Allies.
—Post WW II – he is instrumental in helping known Nazis and Nazi supporters hold on to their ill-gotten treasures and cash, and helps many either evade punishment or get reduced sentences and improved accommodations from the Nuremberg Courts
—He manages a ratline, an underground railroad through which Nazis escape punishment and find comfortable resettlement in other parts of the world
—Dulles uses some of these upstanding citizens to create an intelligence network
—He creates an armed force in France, ostensibly to be used against an imagined Communist takeover, but ready to act in support of an anti-deGaulle coup fomented by generals angry at the government’s decision to step back from the Algerian conflict
—Dulles is instrumental in staging the anti-Mossadegh coup in Iran, installing a reluctant Shah, who had to be dragged back into the country to take over
—He goes ahead with the Bay of Pigs invasion, knowing it will fail, but expecting that the failure would force JFK to commit the USA military to the plot

The list goes on, and on. Talbot proceeds like a prosecutor, laying out the details that set up the final argument. The litany of specifics, of events, of secret, illegal actions, is stunning.

As you might expect, Allan Dulles was a person of questionable human quality, even to his family. His wife, in her diary wrote:

He subjected his war-damaged son to bizarre medical treatment in a secret mind-control program he has established. He married his daughter off like a political bargaining chip. 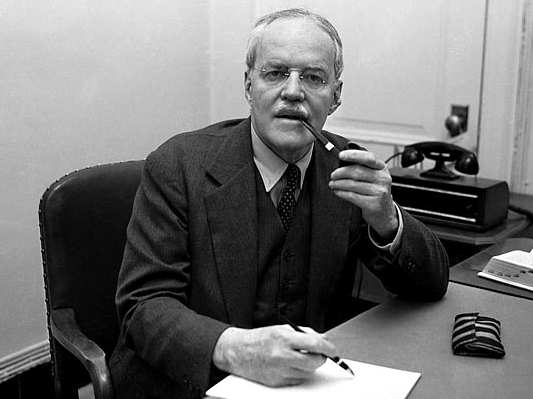 But it is in his foreign intrigues, and in illumination of his ties to the rich and powerful, that the way is paved for the book’s payoff. It is David Talbot’s contention that Allan Dulles, acting in league with members of America’s business and military elite, orchestrated the murder of JFK. Kennedy was seen as particularly soft on foreign nations who dared to nationalize property owned by Dulles’s peeps. There were many in the military who were eager to get the next war on, the nuclear one, and Kennedy would not play. (Doctor Strangelove had nothing on these guys.) JFK had decided, because LBJ had failed to deliver the Southern votes he had promised, that he would find a replacement VP for his second term, so Johnson, beholden to Texas oilmen, and looking at the potential termination of his political life, was on board. JFK had also sacked Dulles for his insubordination. Not only was the Dallas murder a political hit, there had been an earlier attempt, in Chicago, in November 1963, that did not come off. The Warren Commission was set up not to investigate the killing but to cover it up. Bobby Kennedy knew this, but also knew that unless he could be elected to the Oval Office, the truth would remain cloaked. It is likely his determination to find the truth that got him killed too. The details Talbot offers to back his claim are compelling. I expect that the usual suspects will raise a hue and cry of that old favorite pejorative, “conspiracy theory.” But as we all do, or should know, sometimes there really is a conspiracy. I’m with Talbot on this one.

The details of the sundry plots and executive actions, the coups, planned, executed, or foiled, the breadth of Talbot’s gaze make for gripping reading. And I didn’t even go into the CIA’s work in the mind-control biz, an early example of extraordinary rendition, or any of the juicier bits about our old friend Tricky Dick Nixon, or Castro’s stunning political success story in New York City. This is a compelling must-read, filled with colorful characters, intrigue, and a look at the creation and persistence of a mechanism by which an undercover foreign policy is implemented. You will wonder if, today, the White House has any more control over the intelligence apparatus than it did back then. It will change forever how you view history.

During a 1965 tour of Latin America, Robert Kennedy—by then a senator from New York—found himself in a heated discussion about Rockefeller influence in Latin America, during an evening at the home of a Peruvian artist that had been arranged by [Richard] Goodwin [an RFK aide]. When Bobby brashly suggested to the gathering that Peru should “Assert [its] nationhood” and nationalize its oil industry, the group was stunned. “Why, David Rockefeller has just been down there,” one guest said. “And he told us there wouldn’t be any aid if anyone acted against International Petroleum [a local Standard Oil subsidiary].”
“Oh, come on. David Rockefeller isn’t the government,” Bobby shot back, still playing the role of Kennedy family tough guy. “We Kennedys eat Rockefellers for breakfast.”
The Kennedys were indeed more successful at the rough-and-tumble of politics than the Rockefellers. But, as JFK had understood, that was not the full story when it came to evaluating a family’s power. He fully appreciated that the Rockefellers held a unique place in the pantheon of American power, one rooted not so much within the democratic system as within what scholars would later refer to as “the deep state”—that subterranean network of financial, intelligence, and military interests that guided national policy no matter who occupied the White House. The Kennedys had risen from saloon-keepers and ward heelers to the top of American politics. But they were still overshadowed by the imperial power of the Rockefellers.

There is no law, only power. Bobby Kennedy should have known that. We all need to know that. Rule by sociopaths is definitely not the way to go, whether the morally-challenged sit on corporate boards, manage branches of government or direct elements of our military. With The Devil’s Chessboard, David Talbot has written an eye-opening and devastating look at modern American history. Your move.

Lest anyone think the CIA is not in the business of killing, here is the CIA manual on assassination 101 – A Study of Assassination. There will be a quiz.