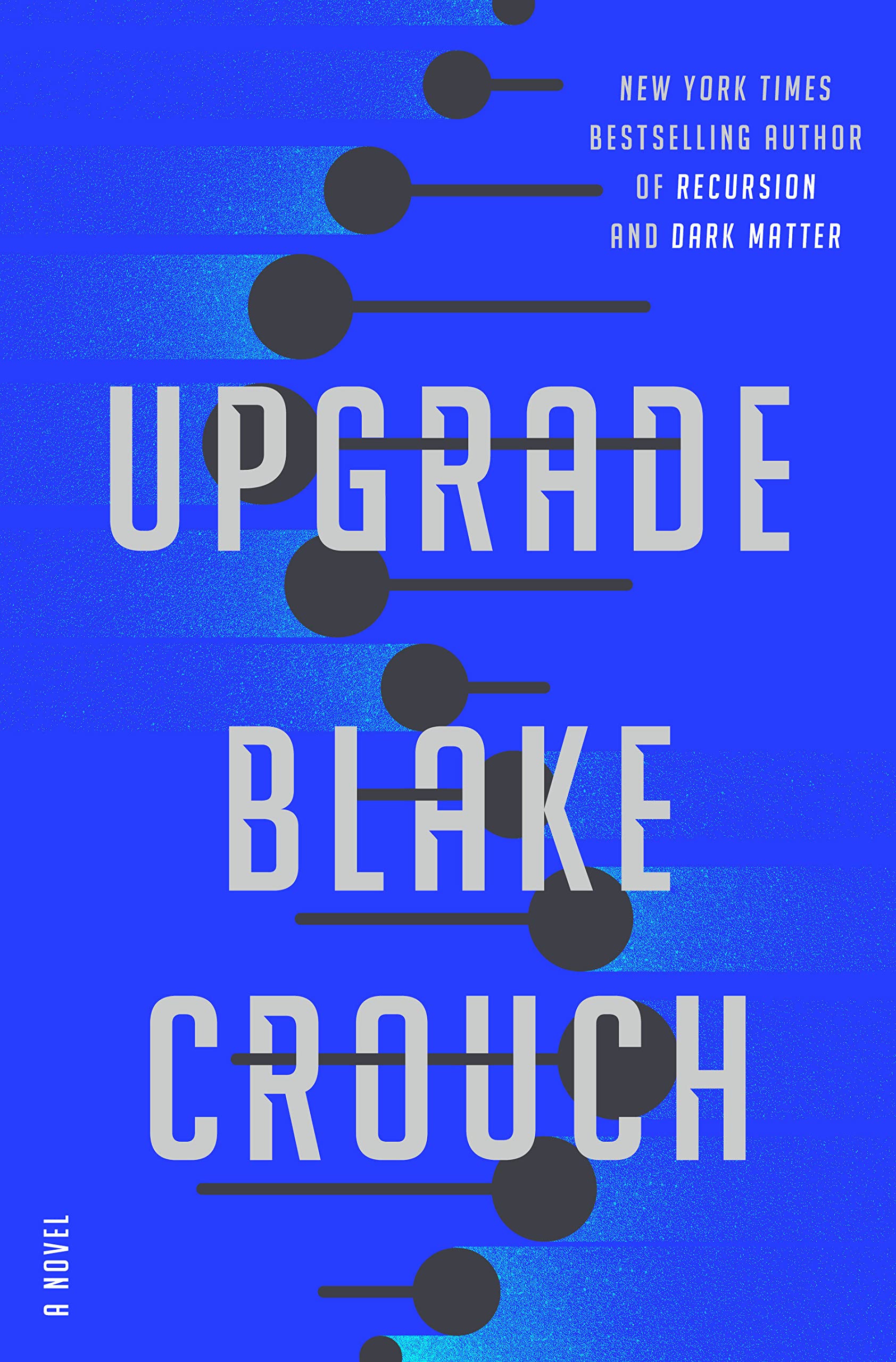 My mother had tried to edit a few rice paddies and ended up killing two hundred million people. What havoc could she wreak—intentionally or through unintended consequences—by attempting to change something as fundamental as how Homo sapiens think?

We were a bunch of primates who had gotten together and, against all odds, built a wondrous civilization. But paradoxically—tragically—our creation’s complexity had now far outstripped our brains’ ability to manage it.

OK, so if you had the chance to upgrade yourself, would you do it? I know I would. There are so many things about me that could be better. But, as we all know from the constant barrage of upgrades offered by the makers of every bloody piece of software, some have downsides. Such as new, bloated code slowing down your app. A feature you liked has been removed. You now have to endure ads. Are the benefits of greater value than the costs? Sometimes, but usually, we won’t actually know until the new version is installed, which can take anywhere from minutes to “really, this fu#%ing thing is still processing?” Sometimes, you have no choice, the app updates whether you want it to or not. 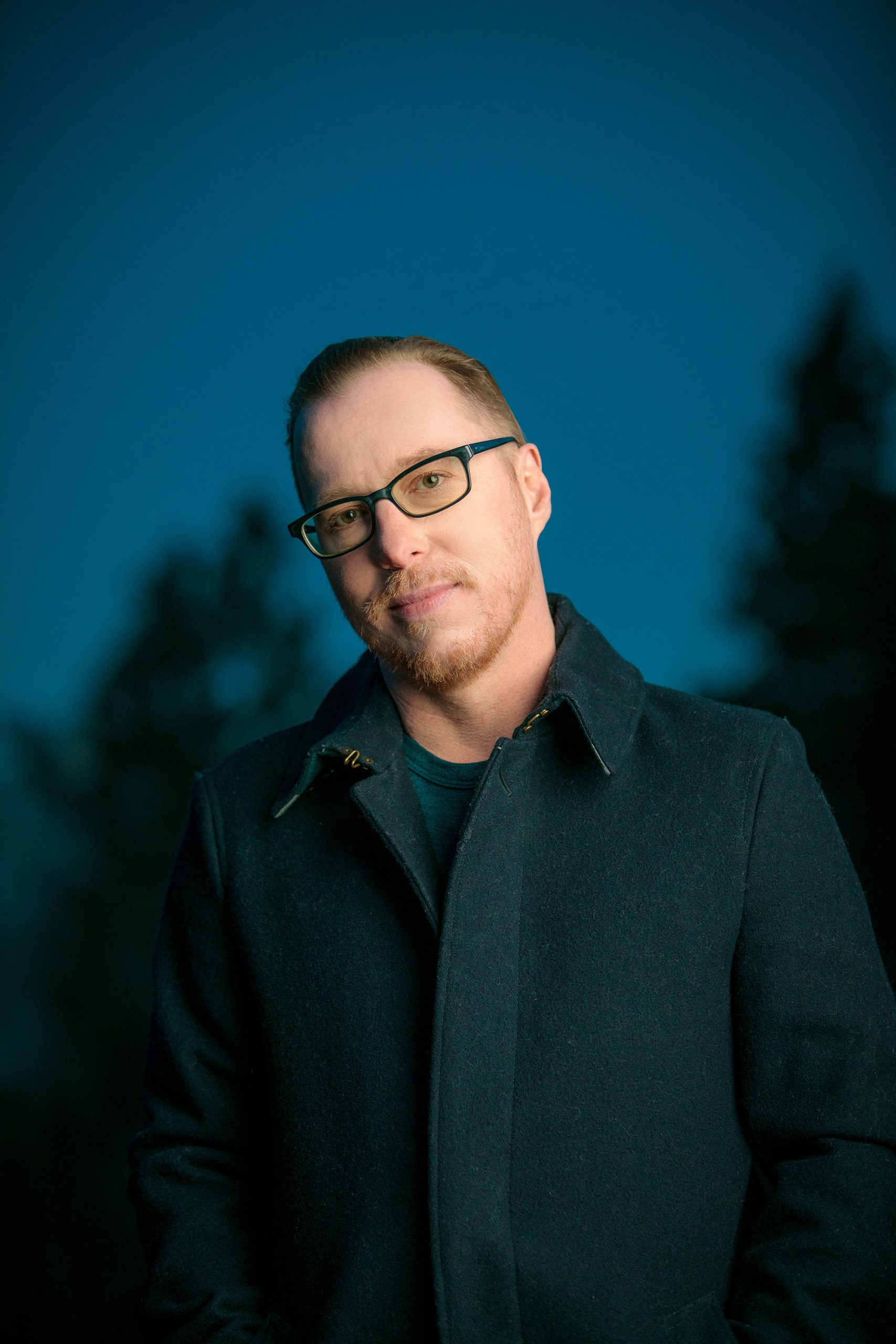 Blake Crouch – image from his site

I suppose agent Logan Ramsay could tell us something about that last case. On a raid, he walks into a planned trap, which goes boom, and Ramsay is infused with version 1.0 of something, which gets busy rewriting his internal code to produce version 2.0 of Logan. There are upsides and downsides. This is no steroidal enhancement, trading zits and rage for increased muscle mass. A nifty bit of tech called a gene driver, (can’t help but see a tiny Uber with double-helix treads) is busy re-writing his actual DNA. (For a new you, no really, a totally, completely new you, call…1 800 FIX-THIS. Of course, we have a la carte if there are only some minor changes you would like. Operators are standing by.)

Logan already had a complicated life. Mom was a geneticist trying to improve crop yields in China when there was a slight bit of collateral damage. Her altered-DNA material went where it was not supposed to. Oopsy. It was known as The Great Starvation. As noted in the quote at top, over two hundred million dead. Junior, who had been working with Mom, dead in the ensuing mess, wound up taking undeserved legal heat in her place, spent time in prison, but was sprung three years in. Now he works as an agent for the federal GPA, or Gene Protection Agency, (too late for Wilder) fiddling with genetic code having become a serious, felonious no-no, and Junior wanting to make amends for his family’s role in the global debacle. He is a geneticist like Mom, now dedicated to seeing that it never happens again.

So, what happens in every single film and book in which our hero is altered by some weird outside force? They are dragged into enforced isolation for relentless study. Or base their subsequent actions (FLEE!!!) on the presumption that this is what the powers that be have planned for them.

Of course among the changes that have been implanted into Logan is a significant increase in IQ. His perceptions have been enhanced as well, giving him a wider bandwidth for incoming sensory information and a much improved ability to process that new flow.

This is both a chase and a pursuit story, as Logan must stay out of the clutches of the government, while searching for a dangerous geneticist, trying to stave off another potential global disaster. His personal upgrades make both running and chasing less of a challenge for him than it might be for an unaugmented person.

Crouch offers a steady, if light, sprinkling of tech changes, letting us know we are in the future, if not necessarily the far distant future. Some seem more distant than others. Hyperloop, for example, is a widespread viable transportation mode. There is a mile-high building in Las Vegas.

The book is set slightly in the future, because I wanted to accelerate where some of the climate change and more in-the-weeds technology was heading, but it’s a mirror of where we might be five minutes from now. – Time interview

Some of the alignments seemed out of kilter. The story takes place in the 2060s. But delivery drones and driverless taxis hardly seem much of an advance for forty years. Ditto electric cars with greater range. Mention is made of a Google Roadster. Google producing its own car has been a project in the works since 2009. So, maybe only five minutes into the future for a lot of the tech Crouch employs. The five-minutes vs forty-years lookahead was jarringly inconsistent at times, which pulled me out of the story.

He also reminds us, with a steady stream of examples, that the underlying issue is humans having screwed up the Earth to the point where the continued viability of Homo Sap is called into question. Lower Manhattan and most of Miami are under water. Glacier National Park no longer features glaciers. Many wildlife species are only memories. It is raining in the Rockies instead of snowing. There are now seven hurricane categories.

There are some things about this book that I would change. There is an escape scene in which I found the means of egress a bit far-fetched, given the year in which it takes place. Surely there is better tech available? I kept wondering who got Logan sprung from prison. If it was revealed, I missed it. I wondered, during a flight from hostile forces, at how little pursuit of the runner there was by the pursuing forces. Really? That easy to get away? I don’t think so. A couple of lost family members merited a bit more attention. And there is a decided absence of humor.

Expected questions are raised. Things like what is it that makes us human? There are those who believe that enhancing, upgrading humanity’s intelligence-related genes to stave off the potential extinction of our species is the only solution, regardless of what collateral damage that might entail. If we are smarter, goes the theory, we will see that what we are doing is madness, and find more sustainable ways of living. While that notion is appealing, it seems pretty glaring that an intelligence boost alone will not cut it. I mean, so you make people smarter. What could possibly go wrong? Logan addresses this:

What if you create a bunch of people who are just drastically better at what they already were. Soldiers. Criminals. Politicians. Capitalists?

The notion has been done a fair bit. Forbidden Planet is the classic of this sort. That most of the genetic manipulators in this tale ignore this suggests that maybe they were not so smart as they thought they were, enhanced or not.

Might it enhance one’s appreciation of Upgrade if one had read his prior sci-fi thrillers? No idea. Have not read them. Cannot say. My unaugmented research capacities tell me, though, that this is a stand-alone, so at least there is no direct story or character connection to his prior work.

Upgrade is a fast-paced thriller that keeps the action charging ahead. I often found myself continuing to read beyond where I had planned to stop. Logan is a decent guy who struggles with moral decisions in a very believable way. There are reasons to relate to him as an everyman, regardless of who his mother may have been. Crouch offers character depth enough for this genre. The tech never gets extreme, a beautiful thing. The concerns raised are very serious. Hopefully, it will boost, if not your muscle mass and speed in the forty, your interest level in the world of genetic manipulation, which, albeit with the best of intentions, could wind up degrading us all.

TIME: You did a ton of research on gene editing for Upgrade. Was there anything you learned that stood out?
Blake Crouch: The big thing I came away with is how afraid scientists are of this research and this technology. I didn’t realize how unnerved everyone was about both the optimistic potential of this technology—but also the pitfalls that await us.

I received an ARE of Upgrade from Penguin Random House in return for a fair review, and not trying to change too much. Thanks, KQ, and thanks to NetGalley for facilitating.

From the book
BLAKE CROUCH is a bestselling novelist and screenwriter. His novels include Upgrade, Recursion, Dark Matter, and the Wayward Pines trilogy, which was adapted into a television series for FOX. Crouch also co-created the TNT show Good Behavior, based on his Letty Dobesh novellas. He lives in Colorado.

Songs/Music
—–“Träumerei,” from Schumann’s Scenes from Childhood – Noted in chapter 6 as Logan’s favorite tune – if he says so
—–Bowie – Changes – a live version from 1999 – just because
—– Yamer Yapchulay – playing a violin cover of Tonight from West Side Story – one was played in Chapter 15
—–Kyla – I Am Changing – you can thank me later

One response to “Upgrade by Blake Crouch”