…nothing was as it seemed

On learning that the southern member of their group hails from a place that stages an annual Civil War re-enactment, one with a heavy Confederate tilt, four UC Berkeley sophomores decide to engage in a bit of political theater and protest the event by staging a mock lynching. What could possibly go wrong?

A boy from the deep South who opts to pass on taking up shooting is likely to feel just a bit like an outsider in his small hometown.

…when young he had admired their sarcasm and sharp wit, his older female cousins—the misanthrope, the pyromaniac, and the exhibitionist—all obviously hated their lives, lives that would never recover the hope of their youth, lives now defined by their status as old maids, though barely thirty. They were stuck here, and the finality of that sentence pained him. It was impossible to have a conversation with one of them and not feel like he was addressing a ghost.

What’s in a name? D’Aron Davenport has them by the bushel. Not just the ones he was tagged with at birth, but the stream of names that attached to him through his brief life. Some of them celebrate achievement, some mark him as an outcast, some poke fun, and some offer respect. Some tell his history, and some hold a promise for the future. Many of these names will find their way back to D’Aron over the course of the story as he struggles to define himself in places where others seem intent on doing that for him. He would like to make a name for himself someplace other than Braggsville, Georgia. On graduating from high school, he gets as far away as he can.

There are some pretty funny scenes in Welcome to Braggsville. A symbol of the cluelessness of the place he desperately wants to leave behind, a classmate, after D’Aron delivers his valedictory, misunderstanding a Latin phrase from D’Aron’s speech, congratulates him on his engagement. In his second semester at UC Berkeley, or Berzerkeley, (Johnson teaches there, so he knows of what he writes) as it is actually known, he attends a dot party (wear a dot where you want to be touched). Apparently the location he selects for his dot is deemed politically incorrect and he is shown the door by self-righteous alphas. He is not alone in his choice of dot location. The insight-free hosts have made three other attendees feel as welcome as Larry Kroger and Kent Dorfman at Omega Theta Pi, and a bond is forged. They call themselves “The 4 Little Indians.” 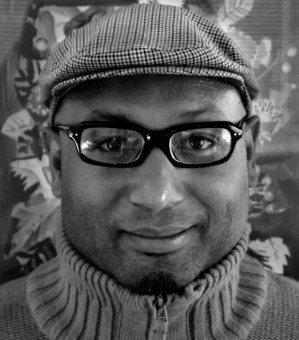 Charlie, a black from Chicago, has the physique of an athlete. Candice is a naïve, over-confident Iowa blonde, who professes Native American heritage. I couldn’t help picturing young Gwyneth Paltrow. Louis Chang, a Californian who exudes comedy and thinks of himself as a “kung fu comedian” will make you laugh. What kind of southern white boy can D’Aron be that he feels so drawn to the scary Gully, (the wrong side of the tracks at home) and did not see all the darkness around him in the safe side of town? How is it that D’Aron finds that he feels quite comfortable with black people, while feeling more and more alienated from his lighter complexioned peers in B-ville? At Berkeley, he has a stunningly beautiful bonding experience with a black counselor. Where does he fit in? Charlie has issues of a different sort that keep him from feeling too close to his peers as well.

A class called “American History X, Y, and Z: Alternative Perspectives” sparks the crew to action. After a failed attempt at making a political statement of outrage about the University’s treatment of Ishi, presumably the last wild Indian in America, at a Six Flags Amusement Park, a hilarious failure, the group settles on their larger, and more provocative project.

There is a lot more going on here than comedy. An outsider theme applies not only to these four as students at Berzerkely, but for them in other venues as well. Louis is not exactly heading in a career direction his family would sanction. Charlie is not exactly what he appears. And Candice may not exactly be in a comfort zone with her family either.

she’d once admitted that her family wasn’t close; that her father expressed a greater affinity for moths and fruit liqueurs and her mother a keen interest in civil rights. She dubbed them emotionally abusive.

Johnson extends the outsider notion to larger structures as well. D’Aron may be a fish out of water in Braggsville, but what of the residents of the Gully? An entire community that is not allowed much opportunity to get near the water, let alone jump in. You can guess the complexion involved.

Johnson has a bit of fun with how the media and political opportunists take advantage of the uproar in Braggsville. You will recognize the types of players involved, and appreciate the deft hand used in painting them in their true colors.

He also takes liberties with form. The introduction of D’Aron and all his names is inspired. He also includes a sort-of term paper as it might have been written by the four in which barbecue stands in for racism, an extended footnote that comprises Louis’s take on things, and other literary liberties as well. There is a freedom in this approach that is surprising in a good way and invigorating, reminding one of the creativity shown in A Visit from the Goon Squad.

Johnson is focusing his literary microscope on preconceptions, left and right, and then looking past the visual to what lies beneath. The political correctness of liberal mecca UC Berkeley comes in for some sharp edges. As does the yahoo-ism of back-water Georgia. What Johnson brings to this impressive novel is his ability to look past that outer layer of knee-jerk satire. What one sees here is not uni-colored. There is also sensitivity to what compromises good people must make to survive in an alien environment, and there is nuance, even to the awfulness.

In a large way this is a coming of age story for the group of friends, D’Aron most of all, and as such it works quite well, as D’Aron sees so much more than he had known was right in front of him. He gets to see how the real world operates and it changes him.

Johnson uses some interludes to offer a bit of history on slavery in Georgia. I was surprised at some of this. I expect you will be as well. An observation of race is one of the many strong seams in this marbled look at America today. Parenting, whether by parents or other adults figures large as well. Even concepts like what constitutes tragedy are given a look.

There are astute observations on a host of things. Here are a couple of samples:

Every organization, every single one, Daron worries himself, orchestrates a silent competition with the church; they want not employees but practitioners, apostles, acolytes—not workers, but worshippers. Between this observation and his reflections on school, he concludes that everyone advertises for the mind but expects you to bring the soul.

Did his parents also look at each other with resentment born of intimacy; did they want more than anything else to reach out to each other, to close cold space; did they say things to hurt each other first intentionally and then again, accidentally, even without meaning to, in the midst of apologizing? Did they inventory their intimacies? How did you look at someone and care so much for them and hate them at the same time, be so angry that you didn’t even trust yourself to have a valid emotion, so angry it couldn’t be real?

Links are drawn between the treatment of Native Americans and interned Japanese during World War II, between lynching of the traditional sort and a later day electronic equivalent, between anchors that ground one and those that keep you from moving, between being in one’s social bubble, and being in the world.

Start your 2015 top ten list here. Welcome to Braggsville is a stunning achievement. I was reminded not only of last year’s wonderful Billy Lynn’s Long Half-Time Walk for its brilliant and sensitive social observation, but also of Skippy Dies, one of my all-time favorite books, for its humor and warmth. It applies a sharp, satiric scalpel to diverse targets, but also peels back surfaces to reveal complication and humanity. D’Aron is a wonderfully realized lead, thoughtful, decent, engaging, struggling to find his place in various hostile universes. Eager to do right. This is a book that has at its core a racial tension, but there is so much more going on here. Head on over to Braggsville, pull up a chair, load a plate up with some barbecue, pop a cold one, and set a spell. Maybe talk to someone who is nothing at all like you. You will find your visit very filling indeed.

While the above links were live at the time I posted this, they are not all that current. I would expect that as publication date approaches Johnson will do some updating.

Johnson wrote a wonderful Behind the Book essay for Braggsville. It is definitely worth checking out.

An interesting interview with the author on the site of the publisher of his first book, Coffee House Press

Another fascinating interview, from a couple of years ago, on ZingMagazine.com

And yet another interview, this one at Late Night Library