Settle in for a story that is appalling and entertaining, hopeful and disappointing, reflective and sometimes ephemeral.

Life is disappointing? Forget it.

It is a good thing that this advice was not followed. Remembering seems more the thing.

We have no troubles here. Here life is beautiful.

the star of our show: 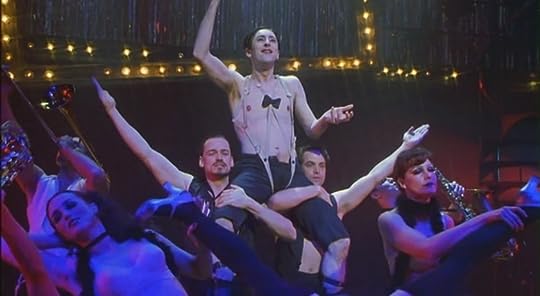 My father had only glanced at me across the kitchen table as he spoke but I had already seen in his eyes the coming storm.

I tried to speak but the fear that now engulfed me made it hard to swallow, and all that came out was a little gasping sound that hurt my throat even more. And I knew speaking would only make things worse, make him despise me more, make him pounce sooner. That was the worst bit, the waiting. I never knew exactly when it would come, and that, I know, was his favorite part.

Alan Cumming, star of stage and screen, notable Cabaret emcee, introducer of Masterpiece Mystery, bluish X-man, Smurf voice, and political operative Eli Gold on The Good Wife, among many other memorable characters, was raised on a large estate in Scotland. His father, Alex, was the head groundskeeper. He was also a mercurial and often cruel and violent parent to both Alan and his older brother Tom, offering ambiguous instructions to the boys and almost always finding the resulting work unsatisfactory, an excuse to justify the punishment that usually followed. Cumming’s experience as a battered child, coming to terms as an adult with some of the reasons for his harsh upbringing, and attempting to finally, decades later, move past it, is the core of the story in Not My Father’s Son. But this is not just a story of the father he knew. It is also about the grandfather he had never met.

In 2010, Cumming, having attained a certain level of celebrity, was invited by the British show Who Do You Think you Are (now in the USA as well) to be a subject for their weekly genealogy quest program. The research that was intrinsic to this process would cast light on a black hole in his family history. As awful as his father was, Mary Darling, Alan’s mother, was his angel, always supporting and nurturing him. Within limits, of course. She did not seem to do a very good job of preventing her husband from tormenting their sons. She had last seen her own father, Tommie Darling, when she was eight years old. He had supposedly died in a gun accident in Malaysia in 1951. The family knew very little about him, and had few remnants of his existence. The TV show would follow that trail and find out what had happened to Tommie. (There is a link to the entire program in the EXTRA STUFF section below) Just before this process began, Alan’s father, long estranged, got in touch, passing along a disturbing piece of information. 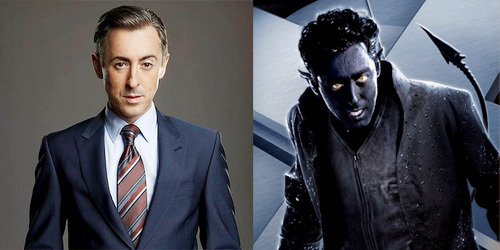 As Eli Gold and Nightcrawler – from NothingButMemory.net

One part of this memoir is travelling along and peeling back the layers of the mystery that was Tommie Darling. (Peter Pan was not involved) As researchers for the program unearth more and more information about Tommie, Alan learns more and more about not only his family, but sees in his ancestor traits he recognizes in himself. 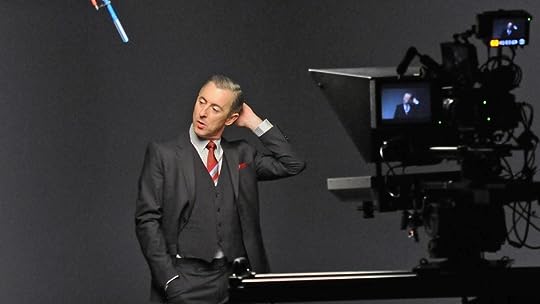 Chapters alternate, more or less, between now (2010) and then, the years of Alan’s childhood, the new work prodding recollections of the past. However, it is not all childhood and now. Cumming also tells of his breakdown at age 28 when he was starring in a London production of Hamlet, rehearsing for his breakthrough role as the emcee in the London revival of Cabaret and planning to have a child with his wife. There is some detail here. Later he tells of meeting his current mate when he was 39. He seems to have packs of friends, who remain mostly nameless, in both London and New York, and who function as scenery, for the most part. He offers a few tales from his acting life.

When I joined Twitter I described myself as “Scottish elf trapped inside a middle aged man’s body” and I still think that’s accurate.

The two parts of this story now seem so clearly connected, mirroring each other perfectly. I had lost a father but found a grandfather. One of them had never sought the truth and lived a life based on a lie; the other’s truth was hidden from us because society deemed it unsuitable. Both caused strife, and sadness. But now, both combined to reinforce for me what I knew to be the only truth: there is never shame in being open and honest. It was shame that prevented us from knowing what a great man Tommy Darling was. And it was shame that made my father treat me and Tom and my mum the way he did.

Not My Father’s Son is a moving and fascinating tale, and probably would not have been told had Cumming not been world famous. TV programs do not seek out the likes of you or me to give them permission to travel the world looking into our backgrounds. Most of us do not have the resources to delve into our family history so richly. It remains to be seen if the book would have been written had the TV program not been made. Cumming had indeed been thinking about his childhood for some time, but it was the show that prompted him to move ahead with it. What Cumming’s talent did was give him a way to get out of a bad situation. A lesser light might have dimmed if left in that place. One thing the book might do is prompt a bit of reflection. Surely there are leafless branches on all our family trees and Cumming’s tale of looking into his might encourage some of us to consider looking into some of ours. And maybe to look a bit closer at even our known history for a bit of help in explaining how we became the people we are.

He is not on Facebook. Some miscreants have posed as him, but those pages have been taken down

Definitely check out his site. It is a cornucopia of info.