Fifteen-year-old Sam McAlister and her ten-year-old sister, Ollie, have had a crap summer. On the Fourth of July their mother died of a heart attack in Eugene, Oregon. They are staying now with their father, whom they call “Bear.” He has been living for some time in a teepee on a piece of rented land outside the thriving metropolis of Terrebonne, OR, doing odd jobs, raising bees, and mostly keeping to himself. Normally they would have spent only August with their dad, but now it is looking like a more permanent arrangement, if, that is, their mother’s parents can be persuaded that he is up to the task. And just when it looked like it couldn’t get any worse…

We found the woman floating facedown in an eddy where the Crooked River made a slow bend north, just a stone skip away from the best swimming hole this side of anywhere. Her emerald-green blouse was torn half open and her dark, pleated skirt was bunched around her waist, revealing skin puckered and gray, legs bloated and bruised. Her hair writhed like black snakes in the current.

Bear, the odd outsider, is, of course, suspected, arrested, and it looks like he will be successfully railroaded, but Sam has faith in her father. Her sister has something more.

I see things no one else does.
I see them there and wish I didn’t. I want to tell and can’t.

Ollie calls the ghosts she sees The Shimmering. It would be too easy if Ollie could simply report what the ghosts only she sees clue her in on. But Ollie has not spoken since her mother passed several weeks ago. And of course there is a full dose of the Cassandra Syndrome at play, as even when Ollie is able to communicate, no one believes her.

The missing father has been a literary trope for quite some time, in adult as well as in YA literature. The one that jumps up for me is Madeleine L’Engle’s A Wrinkle in Time. While Sam’s father did not vanish while working on a tesseract, and is not actually gone here, at least until he is arrested, he had been largely absent from his children’s lives for many years. Now, in the face of the calamitous loss of their mother, the girls must contend with the possible loss of their father too. There is probably a message here about the need for both the urban (mom) and the natural (mountain man father). Sam is called upon to utilize both her city and country skills to try to save Bear, and in fact engages in a very Campbellian quest to find out who he really is. She must find her inner strength and overcome, or fail before, some very real-world perils in attempting to bring back the knowledge gained in her quest, and put it to use, as she comes of age. But if you want to see her as just getting in touch with her inner Nancy Drew, that works too. 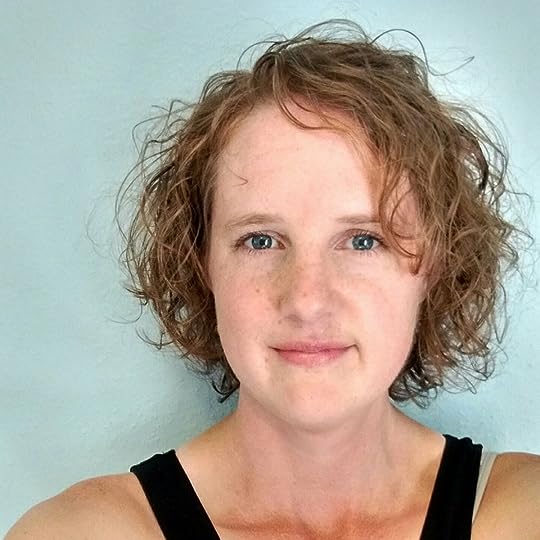 The cast includes a kindly elderly couple on whose land Bear had been living, suitable grandparent sorts. There is a young man of diverse intentions. Sam feels drawn to him. Ollie sees him more truly than her sister does. A somewhat reasonable sheriff offers a glint of understanding; a somewhat peculiar artist looking to make a comeback is both sad and scary; his wife is not the most welcoming of shop-keepers; and a local cleric may be up to no good. At core this is a mystery. Who killed the floater and why? And why was Bear living in a teepee on rented land? Why had he abandoned his family years earlier? Sam is certain that Bear is innocent and sets out to prove it. Even Ollie take some dodgy risks trying to find out the truths at play here, but this is no children‘s story.

ART DIRECTION
Every novel incorporates a palette, colors, furnishings, places and/or images that help illuminate elements of the characters, set a mood, pull us through the story with externals that cast light on themes and the characters themselves. In Crooked River, trees are a part of the landscape, serving both to remind us that the setting is rural, and marking some significant locations as well. Bees figure large here. Bear is a bee-keeper. We get to see him as a good daddy taking care of the bees and training Sam to do the same. A bit of bee mythology is noted that might inform events. One bee leads to a clue. A hive comes into play.

Did you know that the ancient Egyptians thought bees were messengers sent from the sun god Ra? The Greeks, though, now they believed bees were souls of the dead come back to keep the rest of us company.

When Ollie sees ghosts they appear in a sparkly aspect. This fireworks-like image appears not only with ghosts but in some other places as well.

As far back as I can remember I’ve seen them. In dim light, they seem almost solid. In bright light, barely visible. If I touch them, it’s ice and fire, energy burning. They are glints and specks, here and then gone. Shimmering. Like heat rising off pavement.

GRIPES
Sam is both an engaging sort and bloody infuriating for all the planning-challenged adolescent choices she makes. You may find yourself shrieking “Schmuck” at the character as I did, but hey, teenager. They are expected to make some bad choices. I was not entirely persuaded about Bear’s decision to live where and how he did and thought some of his decisions were a bit adolescent as well, however well-intentioned. So there is a bit of credibility straining going on. But if you are willing to accept a young girl seeing ghosts, I suppose you give up the right to grouse about less obvious stretches.

SUM
Despite the above, Crooked River is not only a fine example of a classical literary approach, it is a serious page-turner. Sam is a good kid, a character we can admire as well as chastise. You will care about her, and her much-beset younger sib, and will keep turning those pages to see where Crooked River will take them, and you, next. There are plenty of bends here and the water is choppy. But it is a journey well worth taking. Straight business.