A Life Revived – Eudora Honeycutt is Quite Well, Thank You by Annie Lyons “I am eighty-five years old. I am old and tired and alone. I have nothing I want to do and no one I want to see. I am not depressed, merely done with life. I don’t want to end up dribbling in an old-people’s home, wearing adult nappies in front of a shouting television. I want to leave this world with dignity and respect. Now, can you help me out?”

Life is precious and as long as we have a reason to continue, we should follow that path.

Eudora Honeycutt does not seem to have much reason to go on. She is quite the curmudgeon. Maybe not the broomstick-wielding (or shotgun-toting) crank, screaming “get off my lawn, you damn kids!” Eudora is far too proper for such behavior. But the inner resentment is there. She is uninterested in having the sort of death her mother endured when, a husk of her former self, she died, a frequent flyer (often. needlessly) in the ER, she was kept going by a medical system that cared less about the quality of one’s life than extending it at all costs. Sick of the world, fed up with its rampant and growing narcissism, and seeing no meaningful future ahead, she gets in touch with a clinic in Switzerland that might be able to help her end her life with the dignity she wants.

Annie Lyons – image from her site – shot by Harriet Buckingham

everyone is selfish and caught up with themselves these days. They have no time to notice her or others like her. They consume news or food as if they are trying to eat the whole world; they watch and judge and spit out their opinions as if they’re the only ones worth listening to. Eudora is invisible to these people, but she has stopped noticing them, too. They’re welcome to their “post-Brexit, Donald Trump, condemn everyone, be kind to no one” world. There is no helping them now. Soon enough she won’t be around to witness their continuous decline into moral torpor. Good riddance and good night.

But that is not all there is to Eudora. She has seen little kindness in the world, has endured more than her share of its opposite, and yet there is, inexplicably, still a lode of the stuff buried inside her. And she has stumbled across a crew of miners, happy to bring it to the light of day. 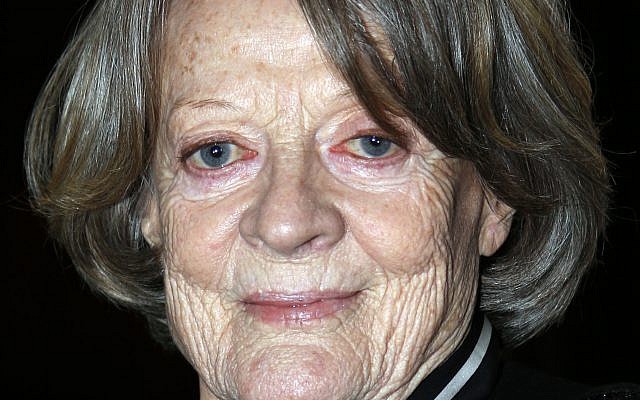 There are new occupants in the house next door, primarily a ten-year-old girl. Rose is the bubbles in a bottle of champagne, the chirping birds that welcome dawn, sunshine after days of rain, an iced drink on a hot day, a huge jolt of distilled wonderfulness, rain after a drought, and a rainbow after a shower. The rainbow part of that is not much of an exaggeration, as Rose always seems to be dressed in a garish array of colors that may or may not go with any of the other eye-popping hues she is wearing. One typical ensemble is made up of buttercup yellow, ecclesiastical purple, and neon orange. Rose is exuberantly neighborly, and decides that Eudora is going to be her new best friend.

Rose may have the wearying positivity of a jack-in-the-box, but she is kindness personified.

The next new addition to Eudora’s life is Stanley, a widower, a gentleman of a certain age. It was Stanley who had come to her aid when he’d seen her fall recently. Made sure she was seen to. She remembers him not at all, finds him irritating even. But Stanley persists with Eudora, offering her interest, engagement, and kindness, with a persistence not unlike Rose’s, but without the flamboyance. 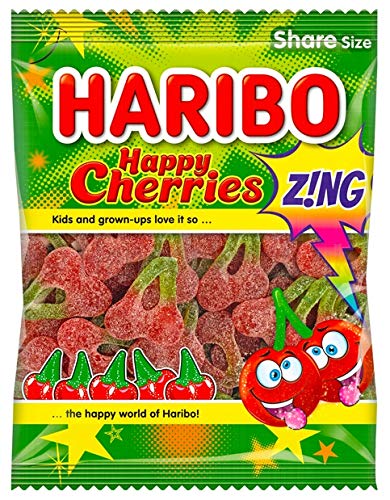 Haribo Cherries – image from Amazon – Eudora buys some for Rose

Like a wrestling tag-team, Rose and Stanley both engage Eudora individually (and sometimes together), seeing something in her that she does not see in herself. Rose’s exuberance is as delightful as it is persistent and overwhelming. It seems that when it comes to Rose, resistance really is futile. As Eudora, bit by bit, is drawn back into the world, she encounters even more people who offer kindness and understanding. She meets Hannah, a death doula, who gives a talk at a local community center, and has made a career of helping people near the end of their lives. But not all the kindness is delivered to Eudora by local folks reaching out to her. In her dealings with the Swiss clinic that provides help for people choosing a decent death, she engages with Petra, her contact there, who is also welcoming and supportive to Eudora. Throughout the novel we get looks back at Eudora’s life, (18 by my count) beginning in 1940, when she was five years old. Her beloved father took her out for a birthday treat, a memory that has lasted a lifetime. He is heading off to war, and mom is pregnant. What happens with her father impacts the rest of Eudora’s life and the lives of those around her. One inspiration for the character of Eudora was:

…my mum, who also lived through the second world war and had that sort of resilience and stoicism, but also that stubbornness and that refusal to ask for help, and I’m just going to get on with it, and I’m ok, and I don’t want to talk about it. My mum was a real sweetie. She was not as difficult as Eudora. But it’s part of that generation I think. To write her story, but then to juxtapose it with Rose was just…I love to read books about inter-generation friendships…It was my way of looking at it in an uplifting way. – from the Better at Home interview

Dame Helen Mirren – image from The Mayor’s Fund for London

One of the inspirations for the book was Lyons reaching middle-age (no numbers have been offered), and realizing that half her life was over. It sparked a concern about (an interest in) death and how people view it.

[The book] explores our denial and inability to face death as a reality. However, through Eudora’s honesty and Rose’s curiosity, it also shows different ways to view death – whether it’s through Eudora’s discussions with Petra at the clinic in Switzerland or Hannah, the death doula’s talk on what it is to have a good death or Rose’s enthusiasm for the Mexican Day of the Dead. – from the Book Q&As interview

In alternating past and present, Lyons does an excellent job of linking todays realities to Eudora’s history. We get to see how life’s many disappointments shaped Eudora into the grouch she has become, with each section about her past explaining one of Eudora’s present-day reactions. We see, also, how Rose, Stanley, and others offer Eudora something far greater than resignation. 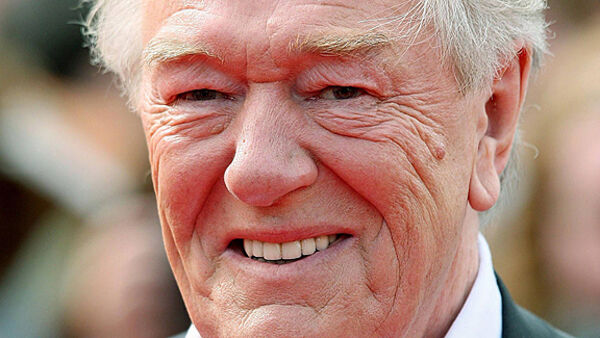 In the Book Club Girl interview Lyons offered a few dame names for dream actresses to play Eudora. I have peppered the review with images of those. She offered a suggestion or two for Stanley. So, ditto.

This is a beautifully written, heart-warming novel, not just about death, our experiences with it, and thoughts on it, but about the value of kindness, of our connection to others, and what is important in life. Lyons has written characters we not only care about, but love. Trust me. Tears will be shed, more than a few. By the time my father was my age he’d been dead for over a year. Not that I think about that much, not me, no. So, maybe it is easy to imagine that a book about a woman contemplating her personal end times might be of some interest. But, if I go with my maternal DNA instead of my paternal for projecting my likely mortality, it looks like I may have a few good years left. I hope I can fill them reading books as wonderful, as entertaining, hopeful, and uplifting as The Brilliant Life of Eudora Honeycutt. It is a brilliant book and an absolute must-read.

For beauty lives with kindness.

It was published in the UK on September 8, 2020 under the title Eudora Honeysett is Quite Well, Thank You

This review is cross-posted on Goodreads

Songs/Music
—–Oscar Seagle – Pack Up Your Troubles In Your Old Kit Bag (And Smile, Smile, Smile) – chapter 1
—–Dame Vera Lynn – We’ll Meet Again – chapter 3
—–This is Me – the greatest song from The Greatest Showman, Rose’s favorite film – It really should have won the Oscar for best song.

Items of Interest from the author
—–Writing and Wellness – Featured Writer on Wellness: Annie Lyons
—–Female First – Seven things I learned in lockdown by Annie Lyons

Items of Interest
—–Wiki for It’s a Wonderful Life – mentioned in chapter 4 (and my personal all time favorite film)
—–Wiki on the British TV Quiz show Pointless – referenced in chapter 7
—–Wiki on the film Coco – mentioned in chapter 7
—–BBC – Babycham – a popular drink of the time – Eudora orders one at a dance with her bff Silvie
—–A brochure from lifecircle – a Swiss organization that helps people with end-of-life decision-making. The author references this org as a source for her research on Eudora’s planning.
—–PopMaster – referenced in chapter 11

Reminds me of
—–Benediction by Kent Haruf – Dad Lewis is nearing the end of his life when he encounters eight-year-old Alice
—–Should We Stay or Should We Go by Lionel Shriver – a couple deciding whether to end it all when they hit 80 – review pending
—–News of the World by Paulette Giles – a 70-something escorts a difficult 10-year-old back to her family
—–Good Morning, Midnight by Lily Brooks-Dalton – A 78-year-old astrophysicist may be the last man on Earth until he meets a young girl, alone in the Arctic
—–Lillian Boxfish Takes a Walk by Kathleen Rooney – An older woman takes a walk on New Year’s Eve, the stops along her way recalling her life