Some of It Was Real by Nan Fischer 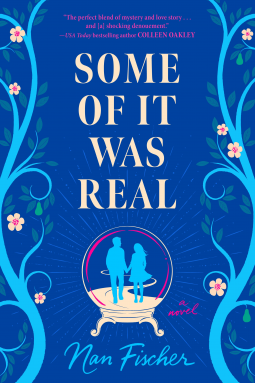 Today an image slips through the carefully constructed peace . . .
Pale sand beneath my feet, a blue-green ocean, foam nibbling at my bare toes. Behind me, a castle—ornate turrets dotted with pale pink shells, a drawbridge made from delicately curved driftwood, beneath it, a moat where tiny paper boats rock in the breeze. A wave gathers on the horizon. It grows taller and white horses gallop across its face. When the wall of salt water strikes, the castle will be destroyed and with it a treasure, something precious . . .
The vision disintegrates. Ghostly lips brush my cheek. I know what’s coming next. A whisper I’ve heard intermittently my entire life.

“It’s important you understand that I don’t have a clear definition for what I do. Psychics use their intuition or spiritual guides to gain information about the past, present, or future. Mediums are channels that deliver messages from those who have passed over. I’ve been called a psychic-medium, and that’s as good a definition as any. But the truth is that I’m not sure why I hear voices, see images, sing at times, or scribble notes—it just happens and I can’t tell you how because I truly don’t understand it.”

Sylvie Young has just gotten a TV deal, the product of a successful run of live stage performances and a top-tier agent. Life is good, and about to get better. Sylvie’s shows are of the psychic sort. Select audience members, offer a connection to a lost one, solve some riddles, answer some unanswered questions, and mostly, offer comfort. Syl is very good at this. But not all of her connections are of the psychic sort. 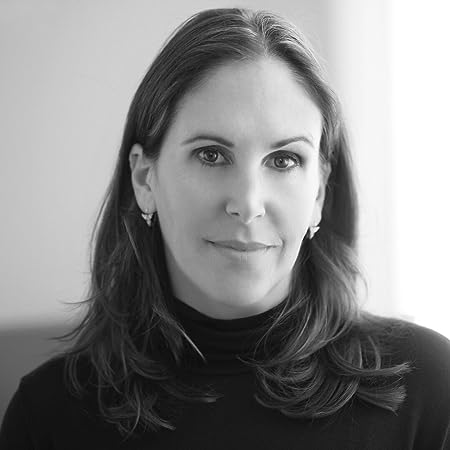 Nan Fischer – image from her site

Thomas Holmes is a cynical reporter on a mission. For personal reasons, Holmes believes that all psychics are fakers. It is elementary. His current project is to profile several psychic-mediums, intending to expose their chicanery and, if at all possible, destroy their careers. Which is something he knows a bit about. His own career in journalism has suffered some major blows, to the point where this major takedown piece may be his last chance to salvage his own career.

Both are struggling to deal with their origin stories (Sylvie even opens her shows by telling hers, at least what she knows of it) and their self doubts. Sylvie’s arc is a quest to find out what really happened to her biological parents, explain why she is beset by nightmares of a particular sort, and maybe discover where she acquired her very real personal talent. But is it real, really? Thomas suffered a trauma in his youth that has defined his life. Until he can confront that, the life he has made for himself will never be a proper fit. This is the true core of what Nan Fischer is writing about.

One of the seeds that started this novel with my fascination with imposter syndrome—the inability to believe one’s success has been legitimately achieved or deserved. I wanted to create a character, Sylvie, on the cusp of achieving great success but who doesn’t quite believe she deserves it. I made Sylvie a psychic as that gift is controversial—the perfect job for someone doubting her abilities due to all the critics! – from Hey It’s Carly Rae interview

Thomas has run into some dead ends digging into her past. There are no records of her parents’ supposed plane crash deaths when she was four. He wants her help to dig into this further. She has an interest, as it is a mystery to her as well. And if she can prove to him that she is not a grief vampire, he will drop her from his story. Of course, he expects he will never have to make good on that, as psychic powers are all BS, right? And the game is afoot.

the stories we tell from childhood that have shaped who we are – are based on old and sometimes faulty memories. It’s up to each of us to decide what to accept or discard from our origin stories and to decide who we ultimately want to be in life. – from the Jean Book Nerd interview

Many of the curtains Sylvie needs to part were placed there by others. Thomas erected his barriers to self-knowledge himself. Part of their interaction is Syl challenging Thomas to look deeper into the sources of his own demons, as Thomas challenges Sylvie to examine the ethics of how she is making her living. (“What was the fair lady’s game? What did she really want?” – Sherlock Holmes in The Second Stain)

As one might expect from a book categorized as romance, these two develop an attraction. That complicates matters. How can a journalist write an objective piece about someone with whom he is romantically engaged? He may be trying to take her down, but she is also looking for ways to manipulate him into a more benign view of her and her work. The cynic vs psychic dynamic is entertaining for a while, but Thomas’s relentless disregard of evidence gets a bit old. Really, dude? Still?

Fischer gives us a particularly interesting look at the profession of psychic-medium, offering a perspective that elevates it beyond being merely a connection to another side, whether real or faked. She connects it to something greater.

The structure is alternating chapters, his and hers, both first-person narratives. The voices are effectively different. It is a cat-and-mouse competition, although it could easily be a cat-and-dog one. Sylvie’s constant companion is a very large Great Dane, and Thomas travels with an elderly feline. (Fischer even manages to give her own dog, Boone, a cameo) He keeps trying to find holes in her schtick. She keeps trying to move him beyond the purely factual. Another Holmes might say when you have eliminated the impossible, whatever remains, however improbable, must be the truth, but Thomas clings to his biases tenaciously.

I was not all that taken in by their supposed attraction, never quite bought it, and wanted the sex scenes to be over quickly. But I did enjoy their mutual interest in helping each other out. I also had trouble with Sylvie’s relationship with her parents, who seemed far more reluctant to share information with their daughter than seemed reasonable, particularly considering that she is a grown-ass woman when she is pleading for intel about her past, intel that they have. Their rejection of her seemed unnatural, very un-parental.

What keeps the story moving along is a steady stream of interesting clues and the pair’s ingenuity on following up on them. There are some pretty nifty twists. It is fun tagging along on the procedural, mystery-solving element of the story. Overall, Some of It May Be Real is an engaging story, a mystery, wrapped in a bit of fantasy, a quest of self-discovery featuring an ongoing cynic-psychic battle, as both Sylvie and Thomas dig into their origins as a way to confront their demons and feelings of inauthenticity. It offers some intrigue, some chills and some very real tears. It is authentically entertaining.

What surprised me most about writing Some Of It Was Real was that I thought my research would lead me to a conclusion about what I believe. I watched documentaries, movies, and TV shows about psychics, clairvoyants and mediums and read studies and articles written by individuals whose goals are to prove the supernatural is a hoax. But in the end, the only real conclusion I drew was that some of it might be real. – from Thoughts From a Page Podcast

I received an ARE of Some of It Was Real from Berkley in return for a fair review. Wait, does the number four have any particular meaning for you? I am also seeing something shiny. Sparkles, maybe? No, stars. Yes, definitely stars. Thanks, folks.

2 responses to “Some of It Was Real by Nan Fischer”