After a hiatus of several centuries since it was actively practiced, magic is back in early 19th century England. Susanna Clarke has created an alternate, magical history, in which England had once been divided between north and south, and a temporal and a fairy kingdom. Stuffy intellectuals satisfy themselves with studying the writings of the past, forming debating societies. But in 1807 a person emerges who dares to actually practice magic.

Mr Norrell is an arrogant fellow, convinced not only that he is the only decent practical magician in England, but that it would be best if he were the only one allowed to practice at all. He proceeds to play politics to sustain, increase and legitimize his monopoly. The emergence of a second practical magician presents a challenge, solved in the short term by taking on Jonathan Strange as a student.

Both magicians want to use their talent for the good of their country, and perform amusing and not so amusing spells on the French enemy. Ultimately they are faced with the growing emergence of a real, powerful, underlying magical realm. It intrudes on their lives and forces them to confront darkness while trying to master the unsuspected reality. 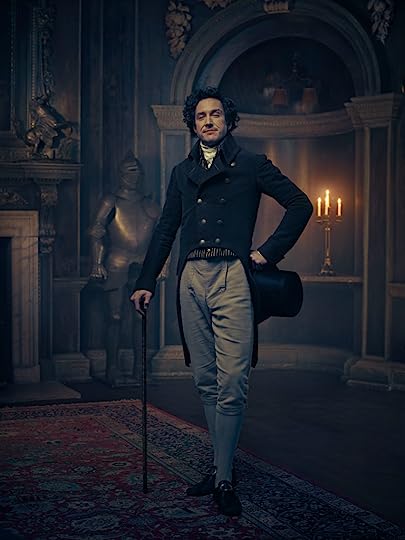 The book has a wonderful pretext, and the tale is told in a straight style, with more than a few touches of humor. It offers a look at how the new use the machinery of government to create a sinecure, how a need to impress can lead to corruption. It is fun to read, but does take quite a long time, and has sections in which it drags. It should probably have been shorter by a hundred or two hundred pages. 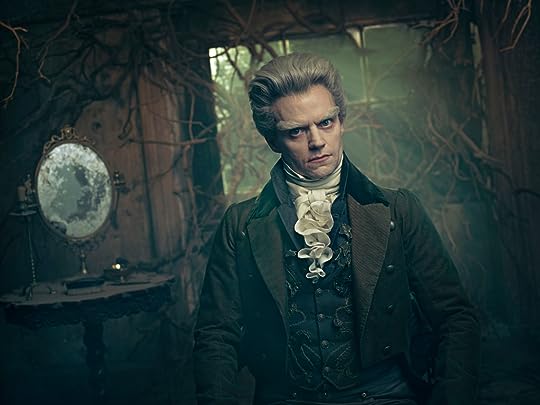 Marc Warren as “The Gentleman”

Meanderings are many. In short, or long, it was enjoyable, and is recommended, but not to the highest degree. Several award committees disagreed, holding it in significantly higher esteem. JS&MN was not only long-listed for the Man Booker Prize, it was short-listed for several other awards and won, among others, the World Fantasy award for best novel, the British Book Award for best newcomer of the Year, and the Hugo Award.

I found no personal site for Clarke, nor, FB nor Twitter. Bloomsbury has put up a Facebook page for the book

A particularly nifty site organizes people, placesl et al, from the book. If you get heavily into the book, this is a must-have resource

A nice, soft article on the author visiting the production set

A 2004 interview with Clarke on the SF site

A 2005 interview on Bookslut