Do You Fear What I Fear?

Christmas was one of the best things about being a kid. There is nothing quite like the anticipation leading up to Christmas morning. And even now, having achieved geezerhood, I am still a complete sucker for the big day. Every year a real tree, the lights, sorting through and selecting from the decades and decades of collected ornaments, the gifts, and hopefully a tree skirt free of cat vomit. I put on It’s a Wonderful Life, wife by my side, hopefully at least one of my now-grown kids at hand, and keep the tissues handy. I find it completely heartwarming. One must wonder, however, how Christmas might have been celebrated in the King household. I suppose it is possible that Dad left his darker impulses by his keyboard. Did they share hot chocolate like the rest of us, or maybe add bits of human flesh instead of marshmallows. Hot toddy made with blood from a guy named Todd? Brownies made with under-age Girl Scouts? Did their whipped cream scream? Well, probably not, but one must wonder.

NOS4A2, the author’s latest tale from the dark side, takes a beloved annual celebration and gives it the special family treatment. If you like your Christmas trees decorated with sparkling abominations, your Santa more by way of an oversized, but underfed mortician, and your Santa’s special elf a rapist psycho-killer, then this is the book you will want to find frightening off the other packages under your tree next Christmas.

Joseph Hillstrom King, under nom de scare Joe Hill, is a man who not only would be King, he already is one. He has been pretty busy the last few years, writing up a storm, 20th Century Ghosts, Heart-Shaped Box, and Horns, establishing himself as a respected, successful writer of horror fiction, picking up at least eleven literary awards to date. Although his career has been relatively brief, he has, with NOS4A2, grown up to a level where he can glare, eye-to-eye, with the best of contemporary horror writers, even that guy across the table at Christmas dinner.

NOS4A2 is a work of impressive creativity, and one that may give you many a sleepless night, so powerful are some of the images he has created. But the core of the book is Victoria McQueen, Vic, The Brat. And how fitting that a King makes his heroine a queen. Applying a familiar horror-tale trope, the young female hero, we are introduced to Vic as an eight-year-old. This kid loves her bike. But then she has good reason to. It takes her where she needs to go, whether that happens to be around the block or across a magically bespoke bridge that takes her across geography, wormhole style. It comes in handy when she desperately wants to locate, say, a lost necklace that figures in her parents latest screaming match, opening for her a personal Shorter Way Bridge to take her to the proper destination. It takes her home again, of course. But it exacts a toll. And the journey through it can be harrowing.

Countering this adorable heroine is Charlie Manx. Not so adorable. This definitely not so goodtime Charlie abducts children to his special place, Christmasland, taking advantage of their unhappiness to seduce them with a King-family version of Neverland. What if it were Christmas every day? Charlie’s number one supporter is Bing Partridge. Bing’s latest accomplishment was the murder of his parents, but not before engaging in unspeakable behavior of another sort. He may be dreaming of Christmas but it is more likely to be fright than white, and there are fouler things than partridges in the trees he favors. He lives, fittingly on Bloch Lane, named, we suspect, for the author of Psycho. Once teamed up with Charlie, he makes use of his access to a particular sort of gas, sevoflurane, to subdue his victims. The stuff smells like gingerbread.

Bing’s yard was full of tinfoil flowers, brightly colored and spinning in the morning sunlight. The house was a little pink cake of a place, with white trim and nodding lilies. It was a place where a kindly old woman would invite a child in for gingerbread cookies, lock him in a cage, fatten him for weeks, and finally stick him in the oven. It was the House of Sleep.

You won’t find Christmasland on any map, but it exists. Charlie drives a 1938 Rolls Royce Wraith. Not exactly a sleigh, but useful for transporting Charlie and his goodies here and there. Actually, it is more a case of him bringing the children to his dubious gifts than it is of the gifts being brought to the children. Charlie has been snatching children for a long time. So we have the goodie and we have the baddies.

Vic becomes that most horrifying of nightmares, an adolescent. And in a fit of rage against her divorced parents goes looking for trouble. Before you can say “Feliz Navidead,” the Brat finds herself riding into a Charlie lair, the cutely named “Sleigh House.” A bleak house indeed, as you might guess, and Vic has to resort to some extreme measures to make good her escape. Of course, once she does she earns a permanent place on Charlie’s naughty list. One positive that comes out of this ordeal is that when Vic is fleeing Charlie she is picked up on the highway by a passing biker, the large, leather-clad Lou Carmody. Classic meet-cute and oh, someone is trying to kill me. 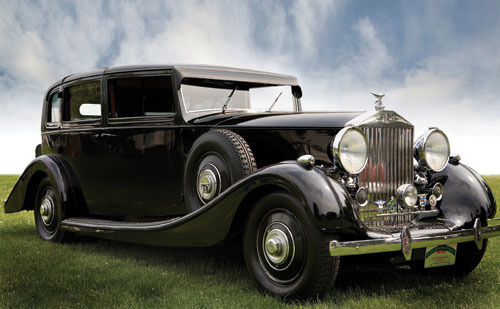 It turns out that Vic and her nemesis are not the only ones with a certain gift. When Vic crosses her Shorter Way Bridge to the place of business of Maggie Leigh (second possible Psycho reference?) she meets another person with a special talent, one particularly suited to a librarian. It’s not heaven, though. It’s Iowa. Later Vic’s dad joins up and there is some help from beyond the grave as well. Team Charlie has a lot of young recruits, too. One might be forgiven at times for thinking that he might be giving new meaning to the term “cold calls” as he has his maybe-dead minions manning (would that be childing?) the phones to harass our hero.

“Everyone lives in two worlds,” Maggie said, speaking in an absent-minded way while she studied her letters. “There’s the real world, with all its annoying facts and rules. In the real world there are things that are true and things that aren’t. Mostly the real world s-s-s-suh-sucks. But everyone also lives in the world inside their own head. An inscape, a world of thought. In a world made of thought—in an inscape–every idea is a fact. Emotions are as real as gravity. Dreams are as powerful as history. Creative people, like writers, and Henry Rollins, spend a lot of their time hanging out in their thoughtworld. S-s-strong creatives, though, can use a knife to cut the stitches between the two worlds, can bring them together. Your bike. My tiles. Those are our knives.”

The King family seems to have figured out how to make us care for their heroes, and Hill has done a nice job of that here. Vic is sympathetic, not just for her courage and determination, but for her failings as well. And there is plenty of failing to go around here, but also generous doses of redemption.

And there is no shortage of action. It all builds to a very explosive climax. There are occasional bits of fun in here as well. Hill engages in a joke having to do with Checkhov’s gun that is sure to bring a smile. And he takes a cutesy swipe at Henry Rollins.

There are some soft spots as well. Charlie is a pretty bad sort. Not enough attention is addressed to looking at how he came to be that way. It might have helped make him more understandable, if not sympathetic, which is always more interesting than the straight up boogie man. Bing is boogie man enough, despite his less than imposing façade, his child-like insecurity. And what is it that gives certain objects their magical properties? Never addressed. Hill takes on the somewhat softball difference in value between happiness and fun, which certainly has relevance to our consumer culture, but is far from novel.

Still and all, this is top notch horror, signaling not necessarily that a King is born, but that one has arrived and is ready to ascend to the throne.

9/19/13 – Dad makes reference to the baddie from this book in his new one, Doctor Sleep