The Salinger Contract by Adam Langer 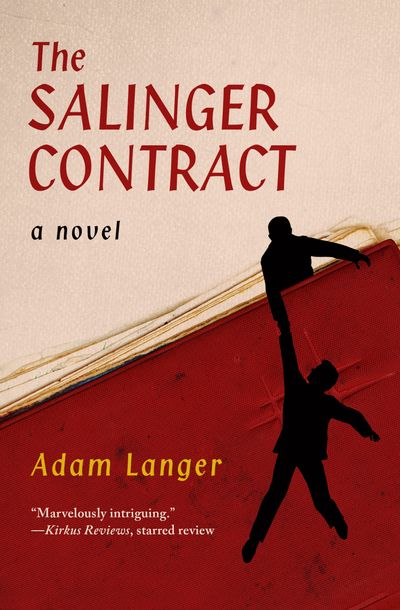 Whenever I saw Salinger’s novels or story collections on my friends’ bookshelves, or when I heard authors…talk about how much they admired the guy, I wondered how those books could have influenced them so greatly. I wondered too how Mr. Salinger—in seclusion for more than forty years in Cornish, New Hampshire—felt about the readers who admired his work. If somehow knowing he had touched Hinckley and Chapman and, later, Jared Lee Loughner, who shot Congresswoman Gabrielle Giffords, had convinced him that escaping society had been the right move. I wondered how it would feel to write something—a story, a novel, an article—that would inspire someone to change his or her life for better or worse.

There are questions raised in The Salinger Contract about where the responsibility of the author leaves off. Would Salinger have written his books had he known they would inspire murderous lunatics? Would it have made any difference at all? Maybe those sorts would have just found the same inspiration somewhere else, and the rest of us might have been deprived of some pretty good reading. The question becomes less than academic here.

Another notion is causality in writing. In an interview with Alexandria Symonds in InterviewMagazine.com, after talking about a proposal by a Hollywood sort that he write a new version of Murder, She Wrote, Langer says:

It’s such a cliché to have the writer who writes about crime turn around and solve them. I thought that was a lame idea, and I didn’t write anything for him, but it did occur to me to completely reverse the polarity on it and come up with an idea of a writer whose books become the basis for crimes.

Ever wonder why famous writers vanish during periods we believe to have been creatively fallow? Langer did, and offers one possible answer. Conner Joyce is a writer of crime fiction. But sales are not improving, as attested by the light turnouts on his book tour, and sliding sales. His family finances are not what they should be and his marriage is not exactly the steadiest. So, when a mysterious billionaire, Dex Dunford, offers him a considerable sum to write a novel just for him, and for him alone, Conner is tempted.

I had friends who were fairly prominent in the literary world who would meet some guy who did not have an apparently interesting life story but who would say, “I will give you double what you normally make for your book. Write my life story.” And if you don’t have a trust fund or residuals, it becomes a very tempting sort of offer. – from the Symonds interview

Of course, as with any such deal, there are conditions, secrecy being prime among them. Dex comes complete with a large bodyguard/enforcer named Pavel Bilski. (think a larger version of Steven Bauer as Avi on Ray Donovan, then add a few inches and fifty pounds), so telling would be a definite no-no.

One of the things Langer is addressing here is the notion of the boundaries between art and reality. Where one leaves off and the other begins takes concrete form when Langer casts himself as a character in the art he creates. This technique is hardly novel here, calling to mind, among many others, Charlie Kaufman in The Orchid Thief /Adaptation, Jonathan Ames of Bored to Death, Dante as a visitor to several realms in tales that range from the infernal to the paradisiacal, and John Fowles in The French Lieutenant’s Woman. Langer, the character, had had a bit of time in the limelight while running a New York based literary magazine. He was known for the many interviews he had conducted, and profiles written of authors. Things in the publishing industry being what they are these days, Langer, the character, finds himself trying to work on his personal writing projects while serving as a house-spouse in Bloomington, Indiana, where his wife is teaching at a university, the Lit mag having gone the way of many publications. Real Adam was a senior editor of Book Magazine until it folded. Fictional Langer had written a profile of Joyce back in the day and when the author makes a book-tour stop in Bloomington, the two get together. Langer, the character, is the eyepiece through which we see Conner’s experience, which is the primary plot track. 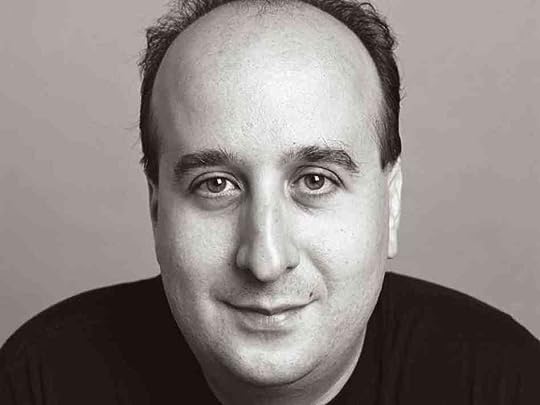 Adam Langer – the real one

One of the fun elements in the book is the author’s look at the publishing industry, offering payload on the significance of literary whales, some detail on the experience of book touring, intel on top editors, and the sort of portrait one might expect of a popular author of junk books. Particularly fun was Dex talking about the household name authors who had taken him up on his offer over the years. While you may get a chuckle here or there, this is not a laugh-out-loud sort of satire, but a darker, substantive look at questions that matter in the world of writing and publishing. I enjoyed it for that as much as anything. There are also larger issues in play; what is truth and what is fiction, what are we willing to do for money, what responsibility do authors have for what readers do with their work. There is also a brief look at politics in academia, but that was pretty familiar territory, so did not offer much that was new, although it was entertaining. Fans of the late TV show, 666 Park Avenue will find a Drakian thing or two to enjoy. And residents of Chi-town will appreciate the many local references, by Chicago native Langer.

I did find, at times, that there were notions proffered that were problematic, for example

Really? Rather a broad generalization, no? And later

Maybe the reader understood more about a book than its writer ever did. Maybe you know more about me from reading this sentence than I ever could.

While there may be something to the notion that once a story has been published into the world, the world will decide what it means, the fact remains that authorial intent is real, and it would be the rare exception, IMHO, for a reader to grasp an author’s intent more clearly than the author herself.

So, does it all work? Well, there are some stretches to be made, some disbelief to be suspended, but The Salinger Contract is a fun, fast-paced, engaging read, with a core of serious and satiric content wrapped in a shell of adventure. If you need to hide away for a while, this would be a good book to take along.

I received this book via GR’s First Reads program – Thanks guys!

A Wiki profile of the author, the real one

An article by AL – How I Learned Not To Be J.D. Salinger

The InterviewMagazine.com Adam Langer is not in Hiding – must-read material