There should be fireworks shooting off for Smith Henderson’s first novel, as it is a just cause for celebration. This is not to say that the subject matter is exactly festive, but the book is a triumph.

Pete is a social worker in Tenmile, Montana, a place so insignificant it was named for it’s distance from the nearest possible somewhere. The folks he is charged with trying to help out need all the support they can get, but some can’t seem to accept any.

There are three main threads braided into this novel. Cecil is a troubled teen in a household where the biggest problem is his substance-abusing layabout mother. The two do not get along, big time. Firearms are involved.

When eleven-year-old Benjamin Pearl wanders into town alone, dressed in rags, and looking like he’d been reared by wolves, Pete is called in to check things out. Following the story of Benjamin and his family is the core here, although a portion of almost every chapter is given over to the third thread, Rachel Snow, Pete’s daughter, who has troubles of her own. Pete is the central element interlacing with the threads.

Pete Snow is basically a decent guy, bloody far from perfect, but his heart is in the right place. He really cares about the people he is charged with helping, and tries his damndest to figure out what the best thing is to do for each. That it does not always work out, and that he is better at helping others than he is himself, are foregone conclusions. 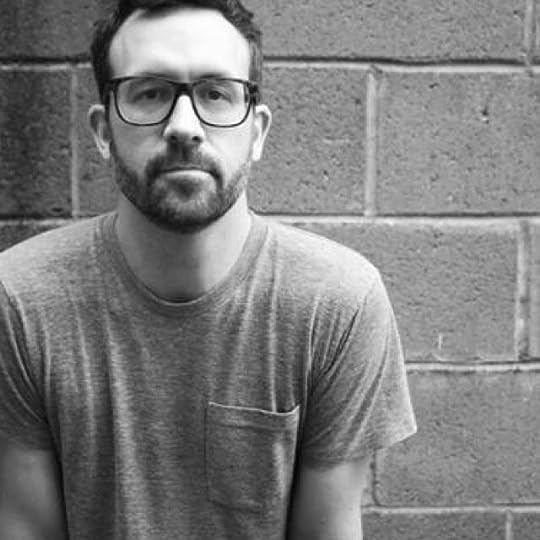 Smith Henderson offers us a look at a place in America, rural, and sometimes not so rural Montana, but also a time. It is no coincidence that the story is set in 1980, when the promotion of “Morning in America” also encouraged the release of a lot of pent-up insanity. Benjamin’s father is a seriously scary survivalist. His paranoia may at times have a basis in reality, but his worldview is straight out of the Lunatic Fringe Encyclopedia. There have always been folks with Jonathan Pearl’s particular flavor of madness, but it looks like Henderson is signaling what lies ahead, a world in which entities like right-wing talk radio, Fox News and any organization associated with the Koch brothers foment fear 24/7 and offer a media route in which to legitimize lunacy. Ben’s father actually believes, when he sees jet contrails, that the gub’mint is spying on him. There is plenty more to that story, but the political, this-is-what-is-being-unleashed, element is quite significant, although it is only implied. The implications of freedom are given a look. At what point does your ability to be free, living a life of paranoia, infringe on the rights of those who have not chosen the same path? Where is the line between legitimate desires for non-interference and license to do whatever? Where is the line between society’s right to protect it’s children and parents’s rights to raise children as they see fit?

We get a look at institutional limitations and extreme downsides, even when those institutions are staffed by well-meaning folks. Of course not every one is so well-meaning. We also get a look at the hazards to kids of growing up working class, from screwed up homes. Children have a lot to contend with here.

Ok, now that I have made the whole thing sound like such a downer, time to shine a bit of light in the darkness. While Pete definitely has his issues, he is beautifully drawn and is someone we can cheer on, most of the time anyway. There are some good people in Tenmile, a family who fosters kids in need, a caring judge, a tonic to the extant horrors. Learning about the survivalist world is fascinating stuff, even if these days we know more about it than we should have to. The writing is powerful and stunningly beautiful. A sample of lovely descriptive:

He liked the Sunrise Cafe for its coffee and smoky ambience and the way his arms stuck to the cool plastic tablecloths in summer and how the windows steamed, beaded, and ran with tears when everyone got out of church and came in for breakfast on a cold morning. He liked how Tenmile smelt of burnt leaves for most of October. He liked the bench in front of the tobacco shop on the square and how you could still send a child to buy you a pouch of Drum from inside with no problem from the proprietor. He liked the bowling alley that was sometimes, according to a private schedule kept only by them, absolutely packed with kids from the local high school and the surrounding hills who got smashed on bottles of vodka or rotgut stashed under their seats and within their coats. How much biology throbbed and churned here–the mist coming off the swales on the east side of town and a moose or elk emerging as though through smoke or like the creature itself was smoking. How the water looked and how it tasted right out of the tap, hard and ideal, like ice cold stones and melted snow. How trout looked in that water, brown and wavering and glinting all the colors there were and maybe some that didn’t really exist on the color wheel, a color, say, that was moss and brown-spotted like peppercorns and a single terra-cotta-colored stone and a flash of sunlight all at once. That color existed in the water here.

There are plenty more examples to be found here. One particular image of native fauna coming into contact with civilization was particularly chilling.

Henderson may be new to novel-writing, but he has already had some success with other forms. I do not know if he had much success as a social worker, a prison guard or a technical writer, but he co-wrote a feature film, while at the University of Texas, Dance With The One, won a 2012 Pushcart Prize for his story Number Stations, and the 2011 PEN Emerging Writers Award for Fiction. I guess he has emerged. It should be known that you have probably seen some of Smith Henderson’s work already, without realizing. You know that half-time Superbowl ad for Chrysler, with Clint Eastwood, Halftime in America? Henderson was one of the writers. It ain’t halftime this time. Henderson, with Fourth of July Creek goes long and scores a game-winning TD.

There is satisfaction to be had in how Henderson resolves the conflicts he has presented. And even when his outcomes are not happy ones, they are believable. We have been treated in recent years to a wealth of top-notch first novels. Fourth of July Creek will fit in nicely with the likes of The Orchardist, The Enchanted, and The Guilty One, for example, and it would sit very comfortably next to works by Willy Vlautin. Smith Henderson’s is a dazzling new literary voice, and the release of this outstanding work is cause enough to light up the sky with barges-full of pyrotechnics.

This review was first posted on GoodReads on March 7, 2014

Couldn’t find a web or FB page for Henderson, but here he is on Twitter

In case you missed it above, here is the Halftime in America ad