The Wonder Garden by Lauren Acampora 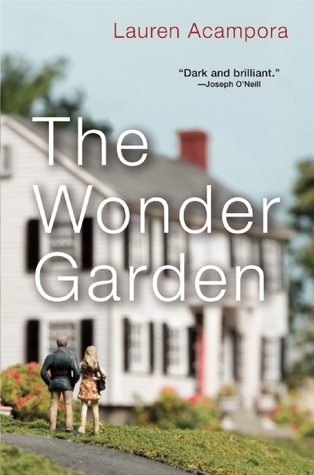 As they approach the gate Bethany thinks of the town, small and safe, awaiting their return. It is cloistered, claustrophobically familiar, but maybe—and her mother’s trembling hands return to her—mired with its own dark disturbances. It is its own kind of restive campground, in a way, its properties penciled upon common land, impinging on one another despite the fences meant to hold them apart. Huddled in that encampment are each of their families, steely cohorts within the greater clan.

Old Cranbury, CT is an older, well established suburb. In the historical part of town some of its homes date from the 18th century, and still carry the names of the families who built them. Residents of those particular homes take pride in preserving their piece of history, some of them maybe a bit too much. OC is a lovely place, a mostly middle and upper-middle-class suburb. Good schools, trimmed lawns. Unlike Chester’s Mill, Wayward Pines, Royston Vasey, or the Village, you can leave if you choose, but you will want to stick around at least long enough to get through the baker’s dozen stories about the local residents in The Wonder Garden. 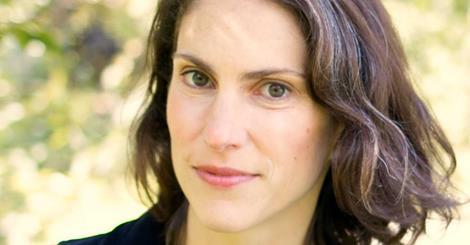 There are plenty of weeds in Lauren Acampara’s linked-stories collection, but not the stories. The tales are flower-show ready. I imagine we have all read, seen or heard groups of tales about a particular town, or location. Our Town, Spoon River (yes, yes, I know, poems, not stories), Olive Kitteridge. Now, think hard. Were any of them yuck-fests? Didn’t think so. Ditto here. It is true that most of these stories show a less than lovely side of life in Old Cranbury. The sins are far from original. Disappointment permeates. But there are rays of sunshine as well. Change is possible, at least for some. Hopes may be dashed, but not all of them, and that there are plenty to go around gives one hope that in their imagined lives, some of these folks might live to see their dreams come true. Most of the characters are just trying to make the best of their circumstances.

It would not be a portrait of a town if the residents were not watering at least a garden-full of secrets.

she becomes aware of the hidden, parallel world beneath the mundane. Just beneath the surface of every defunct moment—finding a spot in the supermarket parking lot, waiting at a stoplight—lurks another moment, sexual, adulterous, waiting to be chosen. It shimmers faintly, a phosphorescent arc of lighter fluid ready to catch fire, detectable only to those attuned to it. She parks the car and watches the men and women going in and out through automatic the doors. Which of them are alight, secretly smoldering?

Unfaithfulness is to be expected. Some marriages are strained, while others, surprisingly, appear to be strengthened by big changes. How about wanting to violate all medical ethics to perform a very strange and intimate act? Maybe show the world the face of a concerned citizen but indulge in a bit of pointed vandalism? There is plenty of imposturing going on here. Maybe parenthood is not for everyone, including some parents? Maybe nurture fears that go well beyond the understandable? A sense of the past permeates as well. There is enough moral ambiguity through the thirteen to spark book group debates aplenty.

Unlike Olive Kitteridge, there is no single character serving as a trellis on which the stories can be strung like vines. But there is considerable back and forth. Characters are woven into and out of stories like threads in a tapestry. The author likes to introduce characters in one story and offer us their names elsewhere. Acampora admits that she inserted some of the connective tissue later on in the writing process, says the links “presented themselves” to her. It is the town itself that is the organizing structure. But there are some elements that repeat. Gardens appear in many of the stories, serving diverse purposes. Another element that struck me was the characterization of the houses of OC as particularly organic.

He intends to keep the bones of the house strong and its organs clean for decades to come, even as the skeletons of newer houses rise and fall around it.

These machines are the pumping heart of the house; everything else is frivolous and disposable in comparison.

The house is gigantic, encrusted with a dark carapace, as if diseased.

The exposed oak beams are strong as ribs along the ceiling of the first floor and the central chimney and hearth—spine and heart of the house—exude the smell of ancient smoke.

And there are more like these. On one level, one might even wonder, in a darker vein, whether people inhabit the town or if the town inhabits them. The homes, as might be expected, often reflect the lives of those who live within.

The language of the book is at times lyrical and compelling, more effectively so for the pedestrian circumstances in which it shines:

John meets the woman’s eyes again, the crystalline irises with nothing in them but confidence in the universe. He feels nearly dead in comparison, more exhausted by the moment, as if he were being depleted by her presence. It seems that there is a lack of air in this place, that the windows have been sealed shut for decades, since the long-ago children were last measured. A slow moment elapses. In the space of this pause, John feels the breath of the past, the cumulative exhalation of the house and its lost inhabitants. They seem to gather in the basement’s webbed corners, fuzzed with dust and dead skin. It strikes him that this is a last capsule of memory, that when it is swept and painted, the raw floor carpeted and windows unstuck, no trace of life will remain. The history of the house will persist only in the memories of its former residents, those far-flung stewards of dwindling, inexact images.

The characters that populate Acampara’s thirteen tales are quite well realized, particularly so, considering the short form involved. The Wonder Garden is a powerful, beautifully written work of fiction. I am sure the horticultural society will approve.

I received this volume from GR’s First reads program – thanks guys
It was first recommended to me by my good, much younger, GR pal – Elyse. I am in your debt.

The Wonder Garden found its origin in The Umbrella Bird story. Acampora completed a novel, from the perspective of the wife, Madeleine, but thought it was just not good enough. The Umbrella Bird in this collection is the primary remaining nugget from that project. Some of the supporting cast from the novel show up in the collection as well.

Acampora grew up in Darien, the inspiration for The Stepford Wives, so knows her suburban towns. In visiting Darien as an adult, she found that the houses seemed almost like characters.

Here is an audio interview from The Avid Reader. Beware, though. The sound quality is poor, as the host’s volume is way higher than the author’s so you will have to keep turning the volume way up and way down to keep from being knocked out of your seat.

The author in an exchange with Lily King on B&N

Here is one complete story from the collection, The Umbrella Bird

The Wonder Garden was an Amazon Book of the Month selection for May, 2015

Ground Fault – John Duffy is a building inspector with a perceptive eye, and a willingness to let life’s disappointments affect his work. He could probably do with a bit of self-inspection.

Afterglow – Harold, a wealthy corporate raider, wants to be a part of his wife’s brain surgery in an unusual, and very intimate way

The Umbrella Bird – David is fed up with his corporate nine-to-five. Fixated on building a tree house for his expected child, he finds a very different muse, and his life goes in a brand new direction.

The Wonder Garden – Rosalie is a very involved, mother hen of a parent, with children in several grades of the local school. She sits on boards, hosts an exchange student, but there might be a serpent in her garden.

Swarm – Martin, a tenured professor at a state university, is offered the chance of a lifetime to create an art project that would make up for the decades in which he had had to put his art aside. But what might the cost be for realizing this dream?

Visa – Camille is a single mother who has found an amazing guy. They plan a wondrous vacation together. Can he possibly be for real?

The Virginals – Roger and Cheryl Foster live in an 18th century house. They are heavy into the Revolutionary War period, trying to live as much like those earlier Americans as possible. But the new owners of the period house across the way do not seem quite so enthusiastic. What’s a good neighbor to do?

Floortime – Career woman Suzanne Crawford is the single mother of a boy who appears to be on the autism spectrum. This would present a challenge to most parents, but if one’s maternal instincts are on the low end, the problem looms larger.

Sentry – when her neighbor’s child is left unattended for a prolonged time, Helen Tanner invites her in, to hang out a while, then a while longer, then…

Elevations – Mark and Harris own an antiques shop. They share a lovely home. But they may want different things out of life.

Aether – Some young people from OC are at a music festival when something goes terribly wrong.

Moon Roof – Lois Hatfield, on her way to a party thrown by her husband’s boss, gets caught at an intersection and cannot decide when to go.

Wampum – uneasy at a party thrown by the local one-percenters, Michael succumbs to a bit of paranoia, with dangerous results.