Sparks fly in the second volume of Suzanne Collins’ blockbuster Hunger Games trilogy, Catching Fire. Victory in the 74th games has not been all that sweet for surprise double-victors Katniss Everdeen and Peeta Mellark. And it is extremely sour for the reigning government. Katniss had shown them up big time when she publicly defied the gamemasters to keep from having to kill Peeta, an act of sedition as much as it was an act of courage and honor. President Snow burns with rage at Katniss for showing up the games, the Capitol, and him personally. He recognizes that it is necessary to give the subjects of his government some hope, but Katniss and Peeta have provided a spark to the tinder of popular resentment, and Snow needs to forestall a conflagration. 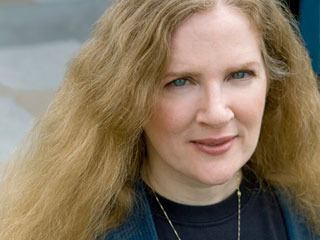 Katniss is not in a good place back in District 12 after the games. Yeah, she has a nifty new house in the victor village, and her family is well taken care of, but she is experiencing a fair bit of PTSD. Collins describes Kat the victor.

She has nightmares. She has flashbacks. And in the beginning you can see she’s practicing avoidance. She’s completely pushed Peeta to arm’s length, you know? She’s trying to stay away from him. Why? Because everything associated with him except some very early childhood memories are associated with the Games. She’s conflicted to some degree about her relationship with Prim because she couldn’t save Rue. So she’s dealing with all that, and her method of dealing with it is to go to the woods and be alone and keep all of that as far away as possible, because there just are so many triggers in her everyday life. – from the Time interview

Part of the requirement for games winners is to go on a Victory Tour across all the districts. One of the soft spots in the logic of the story is that President Snow would think for a second that parading across the defeated districts the youngsters who had killed their children was anything but a guaranteed recipe for disaster. It is believed that Katniss’ popularity and selling the lie of her death-defying love for Peeta would gain some love for the Capitol, and would dampen public unrest. Sure, whatever. Of course, Katniss manages to fan the flames of the people’s unhappiness with things as they are by her acts of kindness and respect for some of her fallen competitors and their families. As her popularity grows, the pin she wore in the 74th games, the mockingjay, spreads as a symbol of resistance. I am sure Emily Dickenson would approve. Time for Plan B. 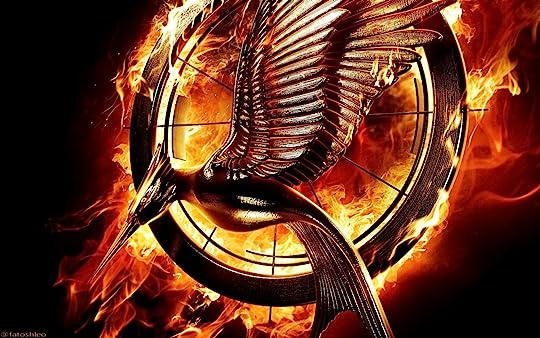 With his hopes for a palliative Victory Tour in ashes, Snow come up with another plan. How better to douse the embers of hope than to destroy all those who would fan the flame. So, for the 75th games, instead of a new crop of potential contestants, children between 12 and 18, from whom game contestants might be selected, he decrees that this time the tributes (those selected) will be chosen from the pool of prior winners. Hell-uh-oh, Kat and Peet, this means you-oo. Hell hath no fury like a president scorned. There is no law, only power, and Snow aims to char those caught, or even suspected, of playing with matches. And if crushing the Hunger Games victors from all twelve districts crushes the rebellious spirit of the people, well, may the odds be ever in your favor. Of course, we all know there is a third volume in the series, so I am giving nothing up by reporting that the plan goes up in smoke. 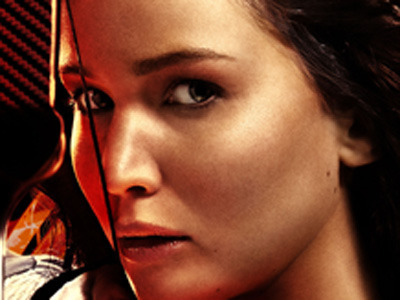 There are many notions in play in Catching Fire, among them visions from the classical world of Greece and Rome. The whole notion of the games was taken from the Greek myth of Theseus and the Minotaur. King Minos of Crete had issues with Athens. There are varying accounts of how this came to be, but the accounts agree on the arrangement that was made. Athens was forced to send seven boys and seven girls to Crete every nine years to make a nice snack for a Minotaur, who resided in a labyrinth constructed by Daedelus. The kids are sent, but Theseus, an Athenian prince, wanted to get rid of the Minotaur, and thus the need for kid-burger specials, and so inserts himself in place of one of the young’uns. He gets some help from Cretan princess Ariadne, who offers a way for the children to escape the Minotaur’s maze after Theseus, hopefully, dispatches the beast. Her solution is significant here, beyond the classic story, as the unraveling of string, of a sort, figures large in Catching Fire in helping out the tributes.

Katniss Everdeen grew from a raw teen in Book I to become a warrior. She grows stronger still in Book II, overcoming her fears and miseries, growing in strength, even while accepting that her fate was likely sealed. She is a gladiator, thrown into an arena to do battle for the pleasure and control of the rulers. And another classical notion comes in here, the slave warrior leading a rebellion. Katniss, by defying the Capitol in Book I and by her actions this time, has become the face of popular resistance, whether potential or kinetic.

There are contemporary issues that resonate as well. Collins said:

The Hunger Games is a reality television program. An extreme one, but that’s what it is. And while I think some of those shows can succeed on different levels, there’s also the voyeuristic thrill, watching people being humiliated or brought to tears or suffering physically. And that’s what I find very disturbing. There’s this potential for desensitizing the audience so that when they see real tragedy playing out on the news, it doesn’t have the impact it should. It all just blurs into one program. – from Scholastic article

And it is not exactly news that we are increasingly living in a world in which the one-percenters get to live lives of obscene luxury while working people are denied basic rights. The ancient Roman practice of eating to excess, then using a vomitorium to make room for even more indulgence is brought up in Collins’ vision as a very telling link between decadence old and new.

And then there is the romantic element. Peeta is a wonderful guy, pure soul, gifted communicator, smart, strong as an ox, loves her, but, while she may find him attractive as a friend, does she find him attractive enough to throw over her childhood sweetheart, Gale? The pressure is unspeakable as the President, in order to save his own face, is insisting that she and Peeta make good on their cover story from their first game together. At the end of the 74th, Katniss had threatened pairs-suicide if the rulers insisted on having a single winner, and she prevailed. But the Capitol sold it as a manifestation of her love for Peeta, while the reality had been that she had stood up against the Capitol rulers. She agreed to help sell the lie after the games in order to keep bad things from happening to her family. Peeta and Katniss have to cope with the public lie of their being a couple, but must also contend with the fact that they really are very fond of each other. Add in another hottie in the shape of the studly Finnick Odair (a tribute in the 75th) and the potential for emotional imbalance is considerable.

Some of Collins’ secondary characters get to spread their wings a bit, most particularly the District 12 mentor, Haymitch Abernathy, who gets to do a lot but much of his activity is told after the fact rather than shown. The president, Coriolanus Snow, gets to strut and fret his hour upon the stage, issuing threats mostly. I expect it is no accident that the president’s given name is the same as that of a Roman consul notorious for his low opinion of the ruled.

Ok, I really enjoyed this book. I do have one gripe, though. Really, you knew there would have to be one. The Hunger Games story is really one long tale, and in order to keep from having to sell the book with its own set of wheels so you can tote it around, the publisher has divided it, like all Gaul, into three parts. (Unlike the greedy film makers who are taking it a step further and making four films out of a trilogy) And while it may make sense for this volume to have ended where it did, it seemed to me that it went from full on action to see ya next time in an awful hurry. That’s it. That’s my gripe. I had originally intended to make this a four-star rating, but on further consideration, in light of what Collins has done in terms of looking at real issues in a serious way, while offering top-notch entertainment, bringing in cultural foundations, and for making me root for a teenager to do something other than get a bad case of zits or run afoul of a serial killer, I am upping it to five. Catching Fire sizzles.

An interview on Scholastic.com

Filed under Fiction, Literary Fiction, Reviews, YA and kids