The Nest by Cynthia D’Aprix Sweeney

He hesitated. Above him, an ear-splitting screech. He looked up to see three enormous crows, perched on the bare branches of one of the few trees that had already dropped its leaves. They were all squawking at once, as if they were arguing about his next move. Directly beneath, in the midst of the stark and barren branches and at the base of a forked limb, a mud-brown leafy mass. A nest. Jesus.

When Leo Plumb, 46, and very unhappily married, enjoying the benefits of booze, cocaine, and Welbutrin, picks up 19-year-old waitress, Matilda Rodriguez, at a wedding, it’s business as usual. But the joys of the moment come to a crashing halt when the Porsche in which Leo is spiriting her away, the car in which she is putting her hand to good use, is T-boned by an SUV, and Matilda is seriously injured. It’s gonna take mucho dinero to put the lid on this one.

I have good news and bad news. Which do you want first? Good news? OK. The good news, for Leo anyway, is that there is a considerable family inheritance left by his late father, which can be raided for emergencies. Staying out of jail counts, so how much should we make this check out for? The bad news is that the inheritance was intended for four siblings and Leo’s indiscretion has slashed the total considerably. They are very interested in knowing when Leo is going to re-feather the nest he had just raided like a raccoon in the night. 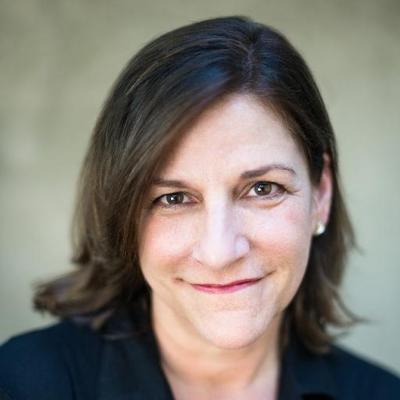 Leo Tolstoy famously said All happy families resemble each other, each unhappy family is unhappy in its own way. The Plumb family is unhappy in diverse ways. Sweeney measures their depths. The family refers to their inheritance as The Nest, and their relationship to it, with Leo’s raiding of it, constitutes the core around which this family tale is woven. His charm and skill at manipulation will not be enough to get Leo out of this mess. He may have bought his way out of a jail sentence, but he still needs to come up with some serious cash to make The Nest whole again. He hasn’t exactly been working in the many years since he sold his on-line media business. And there is his bitch of a trophy wife to keep up. She is very fond of spending.

The Plumbs, despite their father’s financial success, are not wildly wealthy. Melody, nearing 40, is a suburban housewife, struggling to make ends meet in a place where she is very much on the lower economic rungs. She has twin daughters on the verge of college and could really use the money she has been expecting. Beatrice had some success as a writer years ago, but it has been a long time since she produced any writing of quality. She lives in an Upper West Side apartment , a love nest given to her by a late lover, which ain’t nuthin’, especially in NYC, but it’s not like she can sit home and clip coupons either. She has remained in a low-end job long after she should have grown to something more. Finally, Jack has been in a couple with Walter for many years. He runs an antiques shop that specializes in losing money. Walter is the breadwinner of the pair, but Jack would like to be depositing instead of constantly withdrawing. He is in debt up to his eyeballs. The potential absence of his bailout money from The Nest is a blow, so when a shady opportunity presents itself, he has to decide where he is willing to draw the line..

In this ensemble cast, we follow the siblings, along with a smattering of others, through their travails, and see them come to grips, or not, with the possible loss of a nest egg they had all been counting on for a long time. The issues they face are not merely how to cope with a cash flow shortfall. Sweeney has larger targets in her sights. The characters here are faced with moral choices. How would you have managed, given the situation? How would any of us? It is certainly the case, for all but the most blessed (and we hate them) that our hopes and dreams for this or that, whether a relationship, a career direction, parenthood, something, go all to hell. Sometimes, what doesn’t kill us makes us stronger. Which is nice if you are fond of aphorisms. Sometimes, what doesn’t kill us leaves us frightened, damaged, and scarred. (I mean, they don’t call it Post Traumatic Stress Improvement, do they?) Sometimes it can open a door to a new appreciation, offer a new path, uncover an unseen possibility. Or it closes all available doors, locks the windows and drops a match on a kerosene covered floor. I’m just sayin’. Two paths, at least for each of the sibs. Which will they take? What sorts of people do they want to be? And how will they emerge, battered or better?

In addition to the choices having to do with facing up to identity crises, and coping with losses real or theoretical, there are some other items here that are very well handled. Sweeney has painted a portrait of some elements of NYC at a particular place and time. These include a bit of a look at the local literary scene, whether one is doing well or struggling, in on the dot.com or killed by it, mean Glitterary Girl or faded sparkle. Authors, wannabes, publishers of paper and on-line magazines, trip through the pages. Some are more about appearance than substance.

She’d been hiding in a corner of Celia’s enormous living room, pretending to examine the bookshelves, which were full of what she thought of as “fake” books—the books were real enough but if Celia Baxter had read Thomas Pynchon or Samuel Beckett or even all—any!—of the Philip Roths and Saul Bellows lined in a row, she’d eat her mittens. In a far upper corner of the bookcase, she noticed a lurid purple book spine, a celebrity weight-loss book. Ha. That was more like it. She stood on tiptoe, slid the book out, and examined the well-thumbed, stained pages. She returned it to shelf front and center, between Mythologies and Cloud Atlas.

There is a walk through several places in the city, each offering a taste. The Oyster Bar in Grand Central Station, a brownstone in Prospect Heights in Brooklyn, a bit of Central Park, a Westchester suburb. 9/11 is a part of the story as well, as is, although to a lesser degree, the insanity that is the NY real estate market.

The Nest is, ultimately, about stepping off the edge of safety into the air, and either finding out you can fly or flapping uselessly to a sudden end. And, of course, considering whether or not to simply hitch a ride on a passing pigeon.

None of it would mean a lick if the characters were merely raucous chicks, lobbying for the next worm. Sweeney has put together more of an aviary, with each main member of her ensemble fully feathered and flight-worthy. Even a teen-age twin must consider separating from the intense co-nesting of sisterhood, and finding her own flight path. While not all the main characters are people you would care to know, they are all fully realized. Hell, even some of the secondary characters are presented in 3D. Their motivations and actions make sense, whether you agree or not with their decisions. There is nuance and depth even to the more morally challenged. I expect that you will find situations and/or conditions in here that resonate with challenges and decisions you have faced in your own life. The economic downturn has hit many of us, even if we need not look to our own reckless personal behavior as a cause. No need to wonder how most of us will behave when faced with some of the problems raised here. We have already adjusted our expectations. But there is value in seeing how others react.

Cynthia D’Aprix Sweeney’s last book was slightly different from this one, Country Living Easy Transformations: Kitchen With this book. Sweeney takes a step into the open air of literary accomplishment. She has spread her wings and caught a rising thermal. The Nest has not only succeeded in feathering Sweeney’s nest quite nicely, it offers a smart, funny, engaging, and insightful read that will accommodate your peepers quite nicely, and is sure to settle comfortably in many top ten nests lists when those finally begin appearing.

2 responses to “The Nest by Cynthia D’Aprix Sweeney”