The Impossible Us by Sarah Lotz 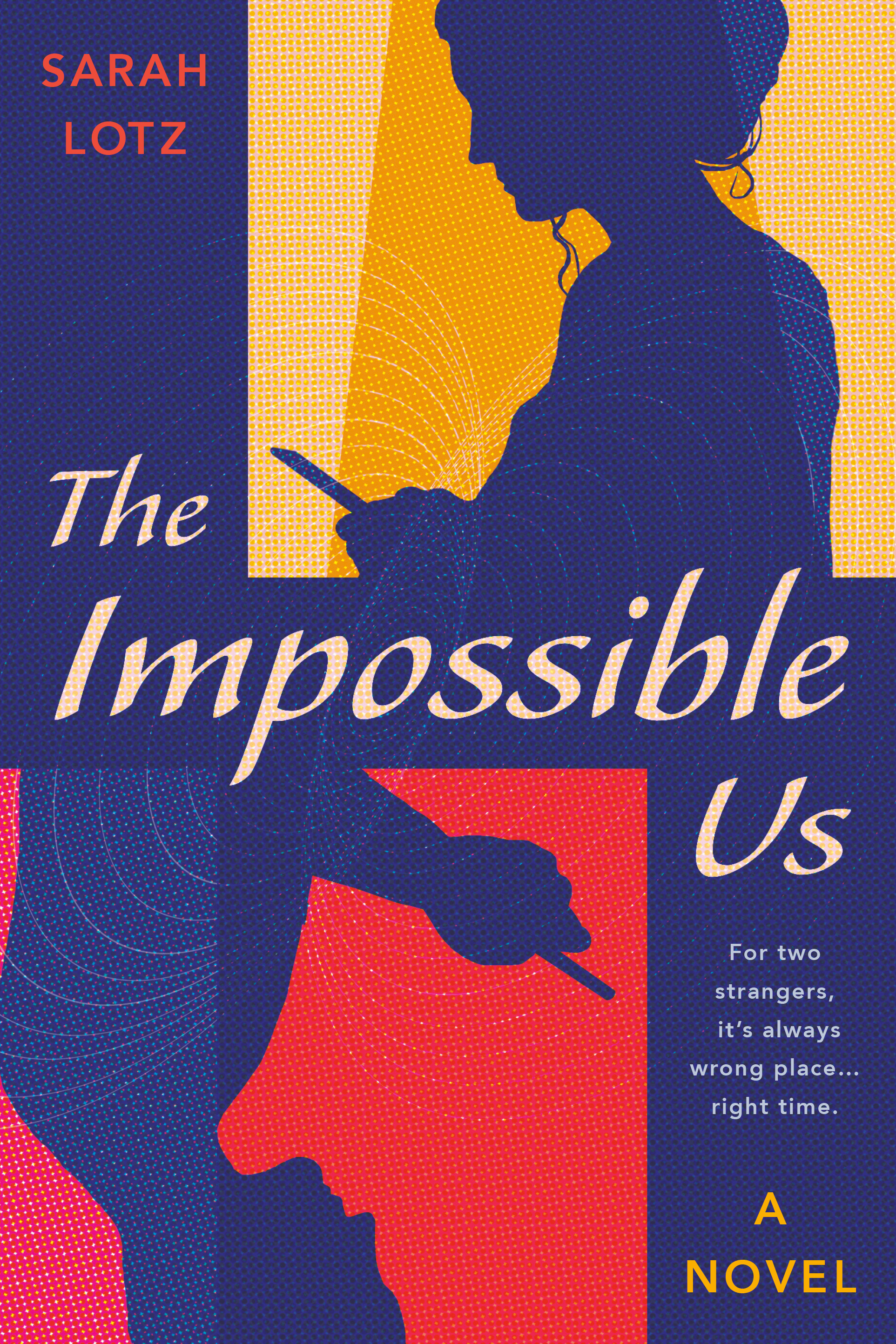 I now understand why desperate people find religion, or end up believing in aliens or conspiracy theories. Because sometimes the rational answer doesn’t cut it. Sometimes you have to look outside the box. And my hope-desperation twofer had led me way outside the box, all the way to a Willow Green allotment in fact, where, God help me, I was waiting to meet a bunch of people who even the most charitable among us would label “raging nut-job weirdos.”

You think your relationship is complicated? You have no idea what complicated is. Nick and Bee, now that is a truly complicated pairing. Guy sends a flaming message, raging about (and to) a client who has not paid for editing/ghost-writing services, and it somehow gets misdirected. Woman checking her e-mail receives said message and responds with great, subdued humor. And we have achieved our rom-com meet cute.

Obviously the pair hit it off, as messages go zooming back and forth across the wires, ether, or whatever, and we get to the big Deborah Kerr/Cary Grant rendezvous scene. As this is London instead of New York, it is set under the large clock at Euston Station instead of at the top of the Empire State Building. And, well, as one might expect, it does not come off as planned, putting a huge dent in the “rom.” Pissed, Bee is about to write it all off when her bff convinces her to keep an open mind, and a good thing too. Turns out, her correspondent had indeed shown up, well, in his London, anyway. The two have somehow been the beneficiaries of a first-order MacGuffin, well a variant on one, anyway. Nick and Bee, while they may be able to exchange messages, are actually living in parallel universes. So I guess that makes their connection more of a meet moot? 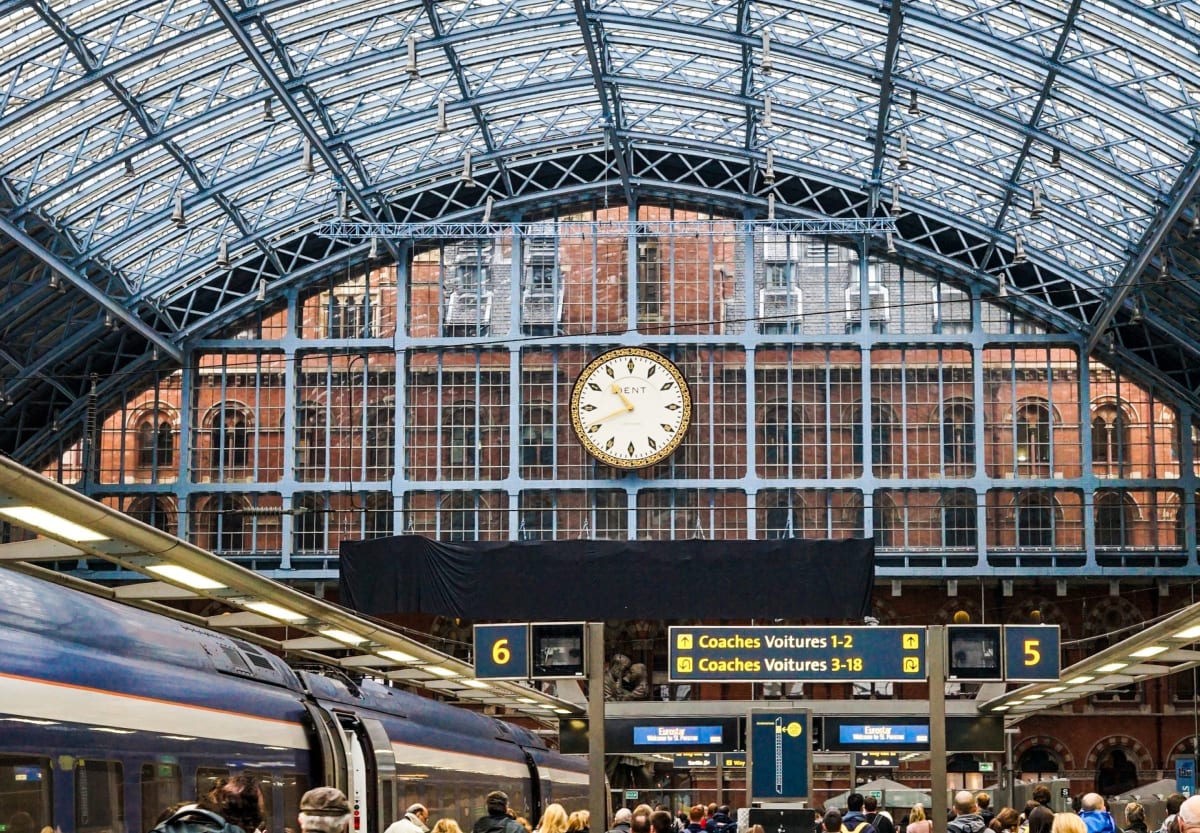 Still, the connection, divided as they are, is real. They try to figure out what to do. And that is where the next literary angle comes into play. Sarah Lotz adds into the mix references to Patricia Highsmith’s (and Alfred Hitchcock’s) Strangers on a Train. But not for the purpose of knocking off each other’s unwanted spouse. (Although now that you mention it…) If they can’t be together, maybe they can use their insider knowledge to find their side’s version of each other. Boy meets girl, boy loses girl, boy tries for very similar girl? I mean really, what would you do if you found the one, but were precluded by the laws of physics from realizing your dream?

Lotz has fun with literary/cinematic references, even beyond the two noted above. There is a Rebeccan mad mate, chapters with titles like Love Actually and One Wedding and a Funeral, and on. This is one of the many joys of this book. Catching the references, the easter eggs deftly scattered all about. Cary Grant’s Nickie in An Affair… is Nick here. Rebecca of the story of that name is Bee in one world, Rebecca in another.

There are lovely secondary characters, Bee’s bff, Leila, is the sort of strong supporting sort a fraught leading lady needs. Nick engages with a group of oddballs who have some off-the-grid notions about space-time, and what rules should apply when contact is achieved. There is a grade-A baddie in dire need of removal, a harsh landlady, some adorable pooches, and a very sweet young man.

Another bit of fun is the repeated presence of David Bowie references, including an album you have never heard of.

There is some peripheral social commentary as Nick and Bee compare the worlds in which they live, what programs have been enacted, which politicians have gained office, or not, where the world stands with global warming, things of that nature. These offer food for thought, actually more like dessert to go with the main course of the romance.

Time travel romances have made an impressive dent in our overall reading time. The Outlander, and The Time Traveler’s Wife pop immediately to mind. Other stories have been written about people communicating over time, but this is the first use I am aware of that makes use of parallel universes as an impediment to true love. You do not want to look too closely at the explanation for the whole parallel universe thing. Just go with it. suspend your disbelief. In fact, send it off for a long weekend to someplace nice.

Lotz has done an impressive job of delivering LOLs and tears all in the same book. I noted seven specific LOLs in my notes, and I expect there were more that I failed to jot down. On top of that, we can report that copious tears were shed. No count on that one. So Lotz certainly delivers on the feelz front.

Bee and Nick’s relationship may be insanely complicated, but there should be nothing complicated about your decision to check this one out. The Impossible Us is not only very possible, but practically mandatory. This is a super fun read that you should find a way to make happen for you, whether or not you have a tweed suit, a red coat, a rail station with a large clock, or a dodgy internet connection.

I received an ARE of The Impossible Us from Ace in return for a fair review in this universe. My much more successful self in that other place will have to handle the review on his side. Thanks, folks. And thanks to NetGalley for facilitating.

Links to the Lotz’s’s personal, FB, Instagram, and GR pages

Sarah Lotz writes under various names. Impossible Us (Impossible in the UK), is her eighth book under that name. Then there are four books written with her daughter, Savannah, as Lily Herne, five with Louis Greenburg as S.L. Grey, three with Helen Moffatt and Paige Nick as Helena S. Paige, and that does not even count screenplays.

Reminds Me Of
—–Meet Me in Another Life
—–The Midnight Library