It’s What I Do by Lynsey Addario 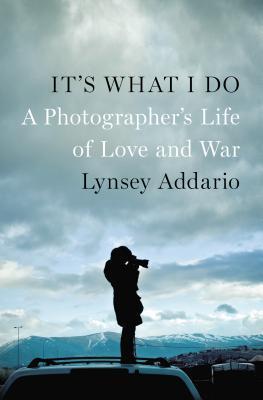 “Sahafi! Media!! He yelled to the soldiers. He opened the car door to get out, and Quadaffi’s soldiers swarmed around him. “Sahafi!”
In one fluid movement the doors flew open and Tyler, Steve, and Anthony were ripped out of the car. I immediately locked my door and buried my head in my lap. Gunshots shattered the air. When I looked up, I was alone. I knew I had to get out of the car to run for cover, but I couldn’t move.

You may not recognize the name Lynsey Addario, but if you read newspapers, check out magazines, or are aware at all of the imagery that accompanies major events in the world, you have seen her work. Addario is one of the premier photojournalists on the planet and has the portfolio, the Pulitzer, and a MacArthur award to prove it. In 2014, American Photo named her one of the five most influential photographers of the last quarter century. In 2012, Newsweek magazine cited her as one of 150 Women Who Shake the World. Thankfully, she does not shake her camera when she is shooting (unless of course it is for intended effect). Although no one could blame her if she did. Addario has spent a large portion of her career as a conflict photographer, working for extended periods on the scene in Iraq, Afghanistan, Libya, Congo, Sudan, and other garden spots. Wherever people have been shooting at each other in the last two decades there is a good chance that Lynsey Addario has been there. The one place she declares she will not go these days is Syria, which says something. She has been kidnapped in the field twice and has felt her life to be in danger more times than that, so when she says she won’t go to a place, it must be something really special. 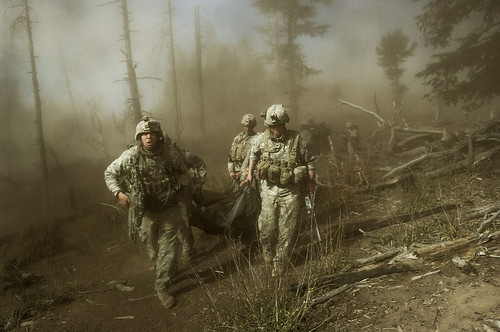 US Soldiers in the Korengal Valley of Afghanistan

It’s What I Do is Addario’s tale of her journey from growing up in a Connecticut suburb as part of a Bohemian family, to finding and developing a talent for capturing life through a lens, to pursuing a career in photography. While working in New York in 1999, she got a big break, being asked to work on an Associated Press project looking into transgender prostitution in the city, and the spate of homicides with which that community was being afflicted. It turned into a months-long undertaking and brought her work to public notice for the first time. Click!

A shot from that series

Everything that made India the rawest place on earth made it the most wonderful to photograph. The streets hummed with constant movement, a low-grade chaos where almost every aspect of the human condition was in public view. Click!

It was while there that she was encouraged to go to Afghanistan to shoot the lives of women living under the Taliban. She was able to gain access to a half of Afghani society barred to her male counterparts. Click!

Women and girls study and recite the Koran in Peshawar, Pakistan, 2001 – from the Women’s Eye

9/11 brought on a whole new era of conflict. Addario was on the scene when the USA invaded Iraq, having set up shop in Kurdistan when Saddam Hussein was toppled. Of course that required some extra planning. At the time she got the assignment she was in South Korea covering refugees from the north, and enduring the extraordinary humanitarian horrors of the extended karaoke the refugees enjoyed. She needed to get tooled up for the job and it proved challenging. One thing she had to arrange for was body armor. She found herself befuddled by the on-line offerings. She wrote to her editor.

I have checked out the websites you recommended, and am not sure if I just tried to read Korean. Basically, I have no idea what I am looking at—ballistic, six-point adjustable, tactical armor, etc. Please understand that this language is not familiar to me—I grew up in Connecticut, was raised by hairdressers. 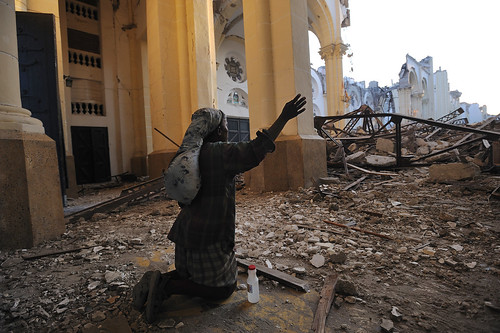 She was kidnapped for the first time while en route to Ramali with other journalists. And was subsequently jarred when Life magazine declined to publish her photographs, because they were too real for the American public. (The New York Times Magazine would later publish some of the work.) The experience of working in the Iraq war zone and coping with the politics of news publishing provided valuable life lessons.

…something in me had changed after three months in Iraq. I was now a photojournalist willing to die for stories that had the potential to educate people. I wanted to make people think, to open their minds, to give them a full picture of what was happening in Iraq so they could decide if they supported our presence there.

Her work has often demonstrated the power of the image. When she got shots of a Sudan massacre she made it impossible for President Bashir to continue denying that the war crime had taken place.

Addario pooh-poohs any notion that she is an adrenalin junkie. She says that she has come to recognize that the photos she takes have the power to inform the public and influence people, so feels a responsibility, a calling to bear witness to much of the awfulness of the world in order to shine some light on it, to bring it to the world’s attention. 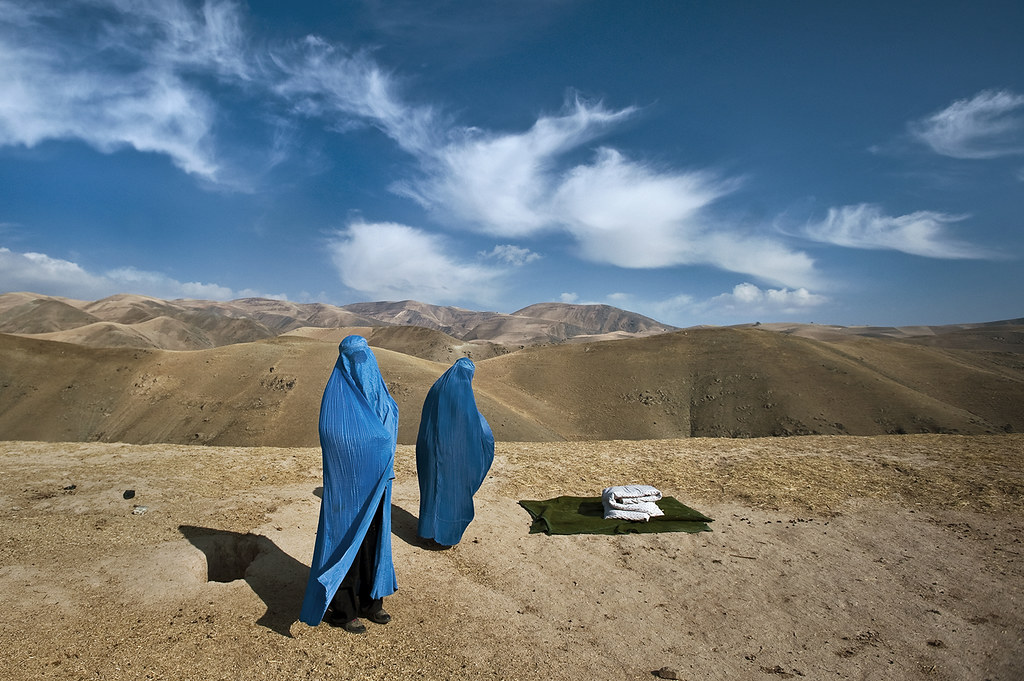 Addario stopped to help when one of these women was in labor, miles from a hospital. She gave them a ride. – From Itswhatidobook.com

When Addario first submitted her manuscript, she was advised to make it more personal, as in writing about her off-the-field life as well as her experiences behind the lens. She includes in the final version a bit of her love-life history, which entailed some admittedly bad choices. As a dedicated career-woman, sustaining relationships has always taken second place to her work. She says she even walked out on dinner dates when she got an assignment.

Recently, a young photographer asked her how to get into the business. She told him to start traveling, shooting and contacting editors for assignments. When he told her that he didn’t want to travel much because of his girlfriend, Addario told him to break up with her.
“He thought I was insane,” says Addario. “I told him you have to decide what your priorities are. If you are not willing to make that sacrifice, there are 10,000 young photographers who will.” – from Photo District News article

The book contains many amazing shots Addario has taken over the course of her career. They add significantly to the aura of outsized accomplishment that Addario has earned. One significant thing about the shots Addario takes is that they are not only journalistically effective but expose an impressive artistic talent. She is able to tell troubling stories while at the same time making outstanding art. The book is printed on very high-quality paper, images and text, which adds a very tactile richness to both the visual power on display and the engaging text. 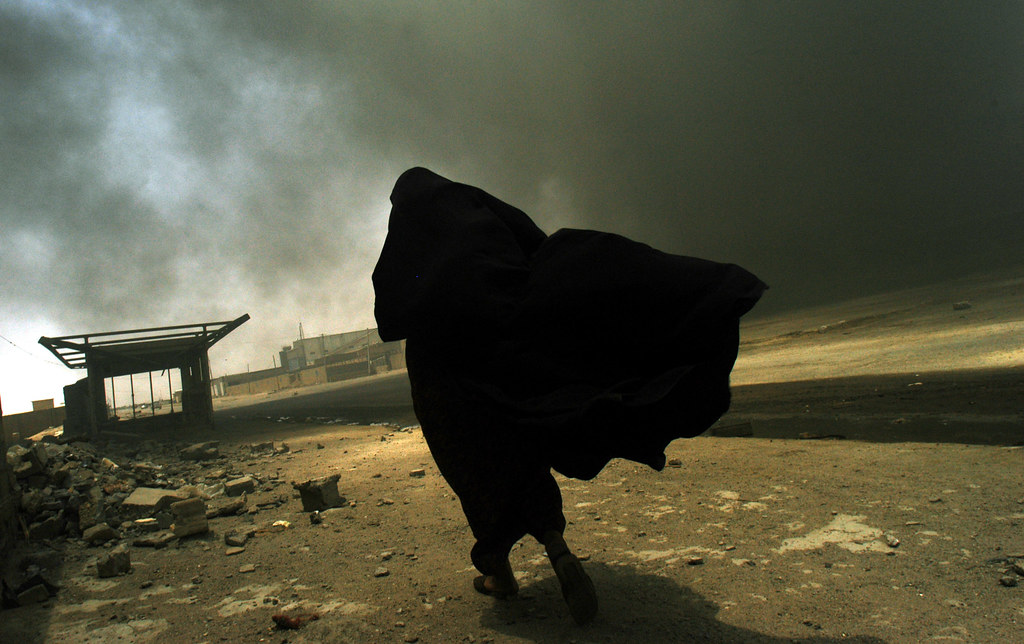 An Iraqi woman fleeing a massive fire in Basra in 2003

Although one can piece together information by reading diverse articles about her, and watching sundry videos in which Addario does presentations and is interviewed, those connections are not always spelled out in the book. Particularly in the earlier parts of her photographic sojourn, it was somewhat murky why and how she decided to uproot and move to Argentina, and later to India. 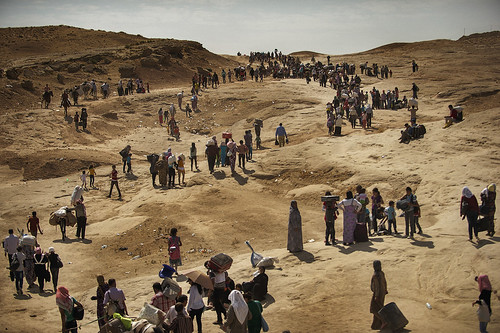 It’s What I Do is not a photography book. You will not get any technical tips there. While you will see some very nicely printed photographic images, those are there to enhance, to illuminate the text. The main thing here is her story. Lynsey Addario is a rock star in the world of photographic journalism. She takes us frame by frame on her journey from suburban origins as the child of hairdressers to becoming a world traveler covering important events everywhere on the planet in an attempt to illuminate the darkness. It is quite clear that her achievements have come at considerable personal cost, and that she is possessed of a rare personal fire that has driven her to take large risks in order to fulfill what she perceives as her mission in life. For those of us not familiar with the names that appear under all those news photos, It’s What I Do offers particular insight into just how important it is to have photographic boots on the ground wherever important events are occurring. Real-world photography is Addario’s contribution to the world. We are all enriched by her efforts, her sacrifices, her courage and her talent. This book will be an eye-opener for many. It is a perfectly focused, well-framed look at a life well lived, a life that has benefited and promises to continue to benefit us all. Click!

BTW, a deal was struck at some point to turn this into a major film, with Jennifer Lawrence as Addario, to be directed by Steven Spielberg. As of 2022, we are still waiting, so who knows?

She has a separate personal site specifically for the book

Every time I leave my family I wonder why I’ve chosen this life. I leave my two-year-old son and I come home and he won’t speak to me for a few days. And it’s lonely on the road. And I’m in these strange hotel rooms, or tents. It’s not a luxurious life. It’s something that people think that you’re out there for the adrenalin rush. They think you’re out there because it’s glamorous. But it’s not. You’re out there as a photographer who has chosen to cover conflict. It’s a calling. It’s something that sort of takes over who I am. People ask me why I do this and it is what makes me most alive. It is what I believe in. it is my happiness and It’s what I do.

Videos
—–This is must-see – Addario’s presentation, followed by an interview, at Arts and & Ideas at the JCCSF
—–National Geographic – 26 minutes – Lynsey doing a presentation, with focus on her NG assignments. Much info from JFFC presentation is repeated, but there is a lot that is different so this one is also definitely worthwhile
—–The Annenberg Space for Photography – focus on her kidnapping – 10 minutes
—– Item on CBS This Morning linked from LA‘s site
—–Time Magazine – This opens as text, but there are videos embedded

Interviews
—–Photo District News. Among other things this has a lot on breaking into the business
—– The Literate lens – In Love and War: An Interview with Lynsey Addario
—– Photojournalist Lynsey Addario On Her Relentless Pursuit of Truth – from The Women’s Eye

Articles
—–From American Photo – THE INFLUENCERS: LYNSEY ADDARIO
—–National Geographic – December 19, 2017 – Inside a Female Photographer’s Experience Documenting War – by Daniel Stone – Regarding the documentary series The Long Road Home, about the Iraq War 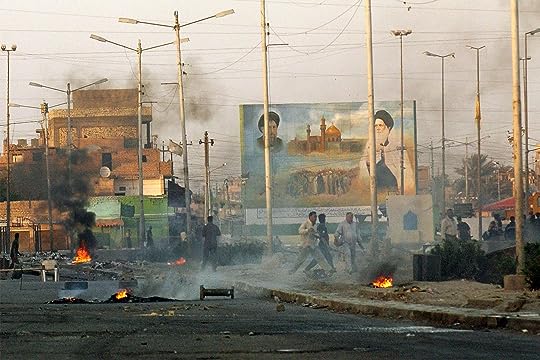 —–August 27, 2022 – MSNBC interview with Addario – Photographer Lynsey Addario reflects on 6 months of the war in Ukraine