Red at the Bone by Jacqueline Woodson 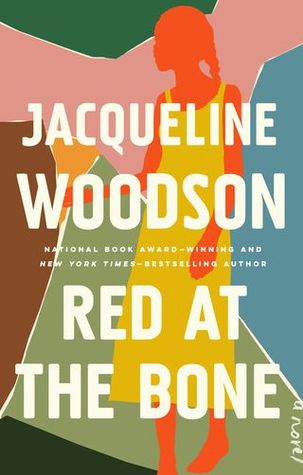 …now I knew there were so many ways to get hung from a cross—a mother’s love for you morphing into something incomprehensible. A dress ghosted in another generation’s dreams. A history of fire and ash and loss. Legacy.

Melody is sixteen, having her coming out party in her home, her grandparents home, in Brooklyn’s Park Slope. We are introduced to her father, her grandparents, her bff, her world. She has chosen for her entrance music something that draws a line between her generation and those that came before, Prince’s Darling Nikki. The guests are thankful that the lyrics have been omitted. [you can see them at the end of EXTRA STUFF]. But it is the connections across generational lines that are at the core of Jacqueline Woodson’s latest novel. How the past persists through time, molding, if not totally defining us, informing our options, our choices, our possibilities, the impact of legacy. 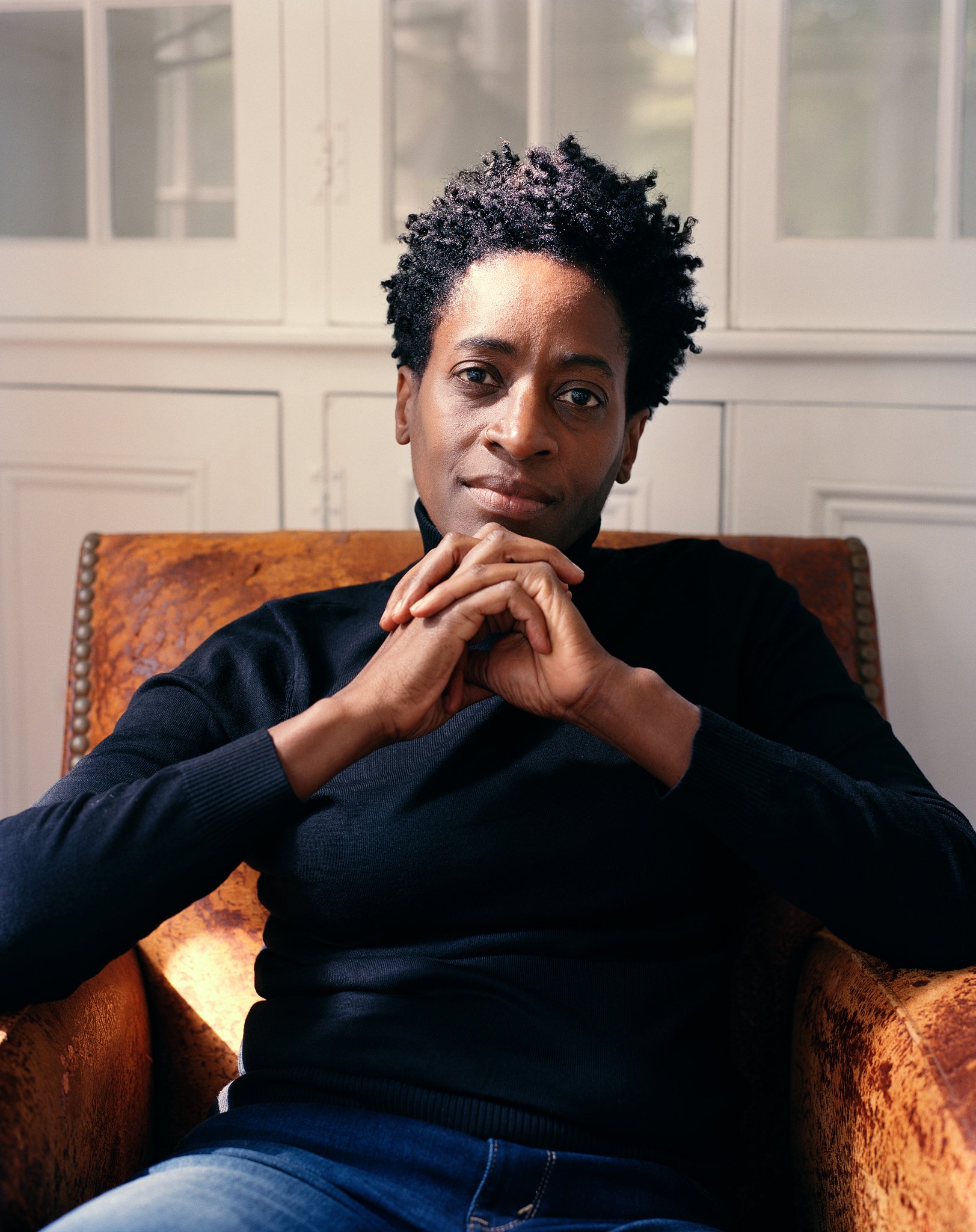 Red at the Bone is a short book with a long view. (I have had people say, “I’ve read that in a day” and I’m like, “Yo, it took me four years to write that. Go back and read it again.” – from the Shondaland interview) It is not just about race and legacy, but about class, about parenting, about coming of age, about the making and unmaking of families.

Look closely. It’s the spring of 2001 and I am finally sixteen. How many hundreds of ancestors knew a moment like this? Before the narrative of their lives changed once again forever, there was Bach and Ellington, Monk and Ma Rainey, Hooker and Holiday. Before the world as they knew it ended, they stepped out in heels with straightening-comb burns on their ears, gartered stockings, and lipstick for the first time.

Iris found motherhood too soon, was fifteen when she became pregnant with Melody. Buh-bye Catholic school. Buh-bye coming out party. And when her parents were unwilling to endure their neighbors’ scorn, buh-bye neighborhood. It’s tough to be a proper, upstanding family, respected by all, when the sin is so public, and the forgiveness element of their Catholic community is so overwhelmed by the urge to finger-point and shame.

Class informs who we choose and the roads we take through our lives. Although paths may cross, as we head in diverging directions we can wave to each other for a while, but eventually, mostly, we lose sight of those who have traveled too far on that other bye-way. The baby-daddy, Aubrey, steps up, but, really, Iris does not think he is a long-term commitment she wants to make. She has been raised middle-class, and Aubrey’s background, ambitions, and interests do not measure up.

When she looked into her future, she saw college and some fancy job somewhere where she dressed cute and drank good wine at a restaurant after work. There were always candles in her future—candlelit tables and bathtubs and bedrooms. She didn’t see Aubrey there.

Her decision impacts her daughter, who grows up largely motherless, a mirror to her father, who had grown up fatherless, although without the resources his daughter has from her mother’s parents.

One impact of history is how the Tulsa Massacre, specifically, cascades down through the generations, driving family members to achieve, and to zealously protect what they have gained, ever knowledgeable that everything might be taken from them at any time. (Melody is named for her great-grandmother, who suffered in the Tulsa Massacre.)

Every day since she was a baby, I’ve told Iris the story. How they came with intention. How the only thing they wanted was to see us gone. Our money gone. Our shops and schools and libraries—everything—just good and gone. And even though it happened twenty years before I was even a thought, I carry it. I carry the goneness. Iris carries the goneness. And watching her walk down those stairs, I know now that my grandbaby carries the goneness too.

The goneness finds a contemporary echo when a family member is killed in the 9/11 attack, a space that cannot be filled. Goneness appears in other forms, when Iris leaves her Catholic school, and, later, heads off to college.

Music permeates the novel, from Melody’s name (and the person who had inspired it) to the atmosphere of various locales, from Po’Boy’s recollections to Aubrey’s parentage, from Melody’s coming out song to Iris’s college playlist. Who among us does not have music associated with the events of our life?

Most good novels offer a bit of reflection on the narrative process. The person-as-a-story here reminded me of Ocean Vuong writing about our life experience as language in On Earth We’re Briefly Gorgeous.

…as we dance, I am not Melody who is sixteen. I am not my parents’ once illegitimate daughter—I am a narrative, someone’s almost forgotten story. Remembered.

There are many moments in this book that reach deep. In a favorite of these, Aubrey remembers the pedestrian things he liked in his peripatetic single-parent childhood, a Whitman-esque litany of physical experience, capped with an image of fleeting, unsurpassed beauty, and desperate longing that well mirrors his love for Iris, and is absolutely heart-wrenching.

The stories within the novel are told from several alternating perspectives, Melody, Aubrey and Iris getting the most time, and Iris’s parents, Sabe and Po’Boy, getting some screen time as well. We see Iris and Aubrey as teens and adults, and are given a look at Aubrey’s childhood as well. Sabe and Po’Boy provide a contemporary perspective, but a connection back to their young adulthood too.

Woodson’s caution to the fast-reader to go back and try again is advice well worth heeding. Red at the Bone is a tapestry, with larger images, created with threads that are woven in and out, and drawn together to form a glorious whole. You will see on second, third, or further readings flickers here that reflect events from there, see the threads that had gone unnoticed on prior readings. It is a magnificent book, remarkably compact, but so, so rich. Surely one of the best books of 2019.

Links to the author’s personal, FB, and Tumblr pages

My review of Woodson’s prior novel, Another Brooklyn

Interviews – Video/audio
—–The Daily Show – Trevor Noah
—————Print
—–Longreads – “We’re All Still Cooking…Still Raw at the Core”: An Interview with Jacqueline Woodson – by Adam Morgan
—–NPR – Weekend Edition – History And Race In America In ‘Red At The Bone’ – by Scott Simon
—–Shondaland – Jacqueline Woodson Will Not Be Put in a Box – by Britni Danielle

Items of Interest
—–NPR – Jacqueline Woodson: What Is The Hidden Power Of Slow Reading?
—–Wiki – The Tulsa Race Massacre
—–Rollingstone – The Tulsa Massacre Warns Us Not to Trust History to Judge Trump on Impeachment – by Jamil Smith
—–The Party – by Paul Lawrence Dunbar – read by Karen Wilson
—–Sojourner Truth’s seminal speech – Ain’t I a Woman?

Darling Nikki
Prince
I knew a girl named Nikki I guess you could say she was a sex fiend,
I met her in a hotel lobby masturbating with a magazine,
She said how’d you like to waste some time and I could not resist when I saw little Nikki grind.
She took me to her castle and I just couldn’t believe my eyes,
She had so many devices everything that money could buy,
She said “sign your name on the dotted line.” The lights went out and Nikki started to grind.
Nikki
The castle started spinning or maybe it wa my brain.
I can’t tell you what she did to me but my body will never be the same.
Awe, her lovin will kick your behind, she’ll show you no mercy
But she’ll sure ‘nough, sure ‘nough show you how to grind
Come on Nikki
I woke up the next morning, Nikki wasn’t there.
I looked all…
Sometimes the world’s a storm.
One day soon the storm will pass
And all will be bright and peaceful.
Fearlessly bathe in the,
Purple rain
Source: LyricFind