Woman of Light by Kaji Fajardo-Anstine 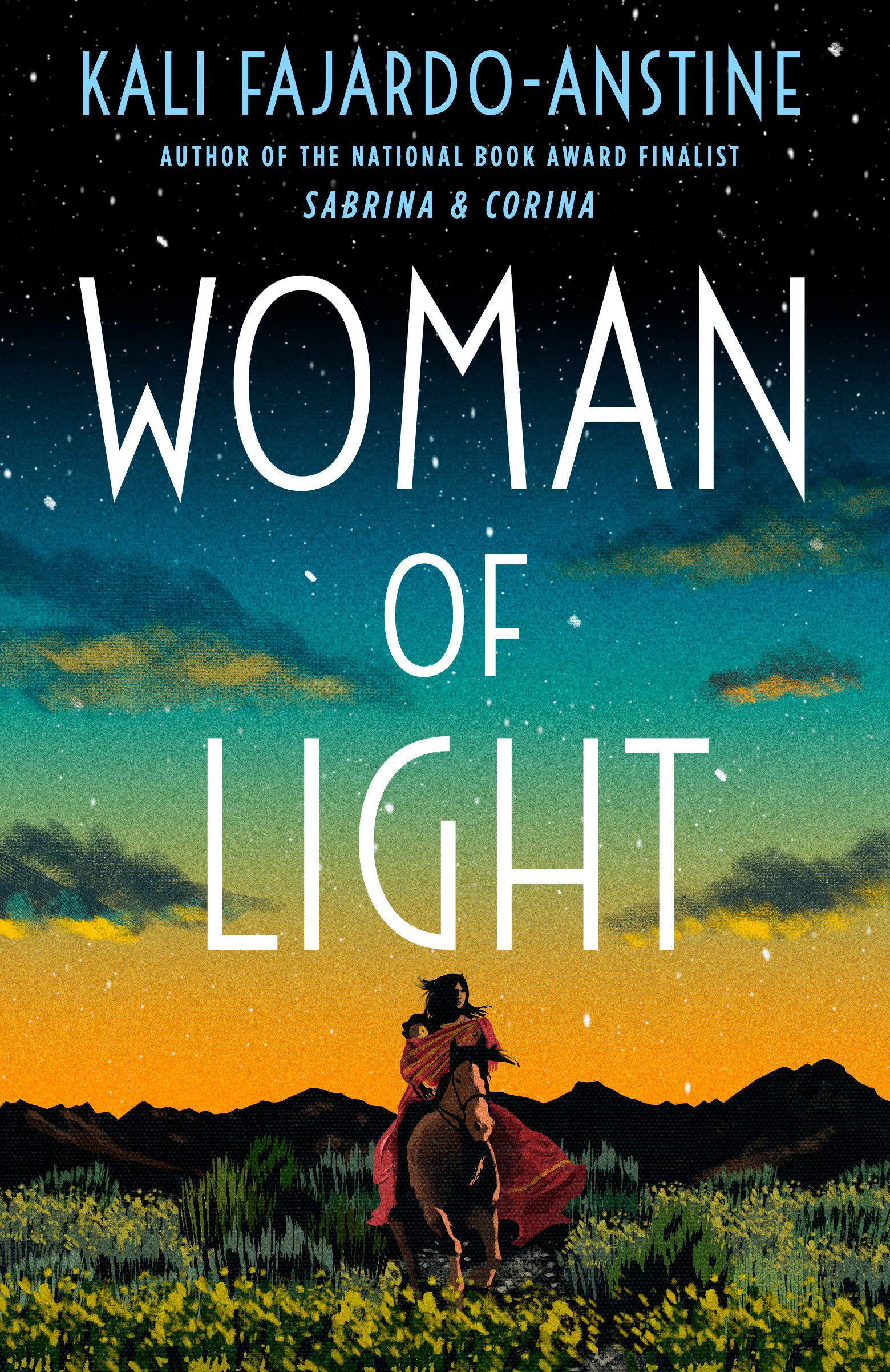 The radio smelled of dust and minerals, and in some ways reminded Luz of reading tea leaves. They were similar, weren’t they? She saw images and felt feelings delivered to her through dreams and pictures. Maybe those images rode invisible waves, too? Maybe Luz was born with her own receiver. She laughed, considering how valuable such a thing must be, a radio built into the mind.

Maria Josie insisted Diego and Luz must learn the map, as she called it, and she showed them around first on foot and later by streetcar. She wore good walking shoes, and dressed herself and the children in many layers. It tends to heat up, she had said, another moment, it might hail. The siblings learned to be cautious. It was dangerous to stroll through mostly Anglo neighborhoods, their streetcar routes equally unsafe. There were Klan picnics, car races, cross burnings on the edge of the foothills, flames like tongues licking the canyon walls, hatred reaching into the stars.

There is a lot going on in this novel, so buckle up. Focused on the experiences of 17/18 year-old Luz Lopez–the Woman of Light of the story–in Depression-era Denver, the story alternates between her contemporary travails and the lives of her ancestors. The beginning is very Moses-like, a swaddling Pidre being left by his mother on the banks of an arroyo in The Lost Territory in 1868. We follow Pidre and his children and grandchildren into the 1930s. All have special qualities. Among them, Luz, his granddaughter, reads tea leaves, seeing visions of both past and future. Diego, his grandson, would definitely belong to House Slytherin in a different universe. He tames and performs with rattlesnakes. 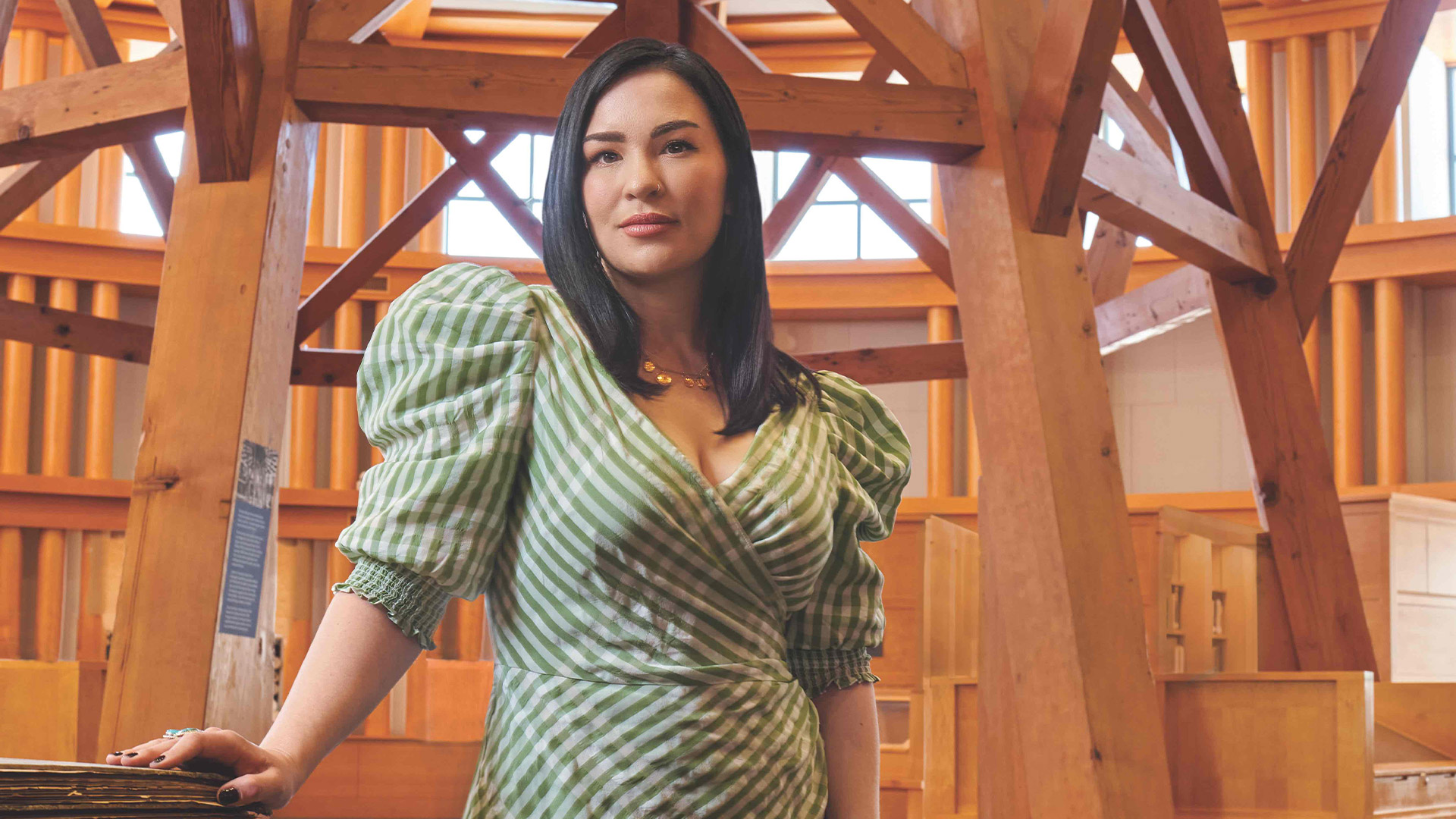 This is a story about stories, how telling them carries on identity, while ignoring them can help erase the culture of a people. Pidre is noted as a talented story-teller, urged, as he is given away, to remember your line. KFA remembers hers, giving a voice to Chicano-Indigenous history.

My ancestors were incredibly hard working, generous, kind, and brilliant Coloradans. But they were also poor and brown and this meant our stories were only elevated within our communities. When I began writing seriously in my early twenties, I was reading books by James Baldwin, Sandra Cisneros, Edward P. Jones, and Katherine Anne Porter, and many, many others. I saw how these authors shined the spotlight on their people and I also wanted to write work that was incredibly sophisticated that honored my cultural group, making us more visible in the mainstream. – from the Pen America interview

Fajardo-Anstine brings a lot of her family’s history into this novel. Her great-aunt’s name is Lucy Lucero. In addition to the name of our protagonist, a second connection can be found in the name of the stream where Pidre is found, Lucero. An uncle was a snake charmer. An aunt worked in a Denver glass factory, as Luz’s aunt works in a mirror factory in the book. Her family had hidden from KKK, as characters do here. Her Belgian coal-miner father abandoned his family, as Luz and Diego’s father does here.

There is a feel to the book of family stories being told around a table, or in a living room, by elders, passing on what they know to those most recently arrived. Remember these tales, the speaker might say, and in doing so remember where you came from, so you can better know who your people are and ultimately who you are.

As they hopped and skipped in and out of the archway lights, Luz imagined she was jumping between times. She saw herself as a little girl in the Lost Territory with her mother and father walking through snow fields, carrying fresh laundry to the company cabin. Then she saw herself in Hornet Moon with Maria Josie, beside the window to her new city, those few photographs of her parents scattered about the floor, the only remnants of them she had left. She saw herself eating Cream of Wheat for breakfast with Diego in the white-walled kitchen. They were listening to the radio, the summertime heat blowing in from the windows, the mountains far away behind the screen.

The racism that Luz and other confront is not subtle. A public park features a sign

Luz is denied an opportunity to apply for a job because she is not white. A KKK march has a very pogrom-like, 1921-Tulsa-like feel.

Luz gets a chance to see the range of crimes going on in the city, when she gets a particular job. Sees how the system that is supposed to protect regular folks does anything but. The murder of a Hispanic activist by the police is not just a historical image, but a resonant reminder of police killing of civilians in today’s world, usually with little accountability. The more things change…

There is a magical element in this novel, that, when combined with the multi-generational structure, and richness of language, and, of course, her focus on particular groups of people, makes one think of Louise Erdrich. As to the first, among others, Luz receives visions while reading tea leaves, and at other times as well. An ancestor speaks with the dead. A saintly personage associated with mortality appears in the flesh. People appear who may or may not be physically present.

The ancestry begins with Pidre in 1868, but in his infancy we meet elders who reach back much further.

The generation I knew in real life was born around 1912 and 1918. They would talk about the generation before—their parents, but also their grandparents. That meant I had firsthand knowledge spanning almost two hundred years. When I sat down to think about the novel and the world I was creating, I realized how far back in time I was able to touch just based on the oral tradition. My ancestors went from living a rural lifestyle—moving from town to town in mining camps, and before that living on pueblos and in villages—to being in the city, all within one generation. I found it fascinating that my great-grandma could have grown up with a dirt floor, not going to school, not being literate, and have a son graduate with his master’s degree from Colorado State University. To me, time was like space travel, and so when I decided on the confines of the novel, I knew it had to be the 1860s to 1930s. – from the Catapult interview

Luz is an appealing lead, smart, ambitious, mostly honorable, while beset by the slings and arrows of ethnic discrimination. Like Austen women, she is faced with a world in which, because of her class and ethnicity, making her own way in the world would be very tough without a husband. And, of course, the whole husband thing comes with its own baggage. Of course, the heart wants what it wants and she faces some challenges in how to handle what the world offers her. She does not always make the best choices, a flaw likely to endear her to readers even more than an antiseptic perfection might.

The supporting cast is dazzling, particularly for a book of very modest length (336p hardcover). From a kick-ass 19th century woman sharpshooter, to a civil rights lawyer with conflicting ambitions, from a gay mother-figure charged with raising children not her own to a successful Greek businessman, from Luz’s bff cuz to the men the two teens are drawn to, from an ancient seer to a corrupt politician, from…to…from…to… Fajardo-Astine gives us memorable characters, with color, texture, motivations, edges you can grab onto, elements to remember. It is an impressive group.

And the writing is beautiful. This is the opening:

The night Fertudez Marisol Ortiz rode on horseback to the northern pueblo Pardona, a secluded and modest village, the sky was so filled with stars it seemed they hummed. Thinking this good luck, Fertudez didn’t cry as she left her newborn on the banks of an arroyo, turkey down wrapped around his body, a bear claw fastened to his chest.
“Remember your line,” she whispered, before she mounted her horse and galloped away.
In Pardona, Land of Early Sky, the elder Desiderya Lopez dreamt of stories in her sleep. The fireplace glowed in her clay home as she whistled snores through dirt walls, her breath dissipating into frozen night. She would have slept soundly until daybreak, but the old woman was pulled awake by the sounds of plodding hooves and chirping crickets, the crackling of burnt cedar, an interruption between dawn and day.

Really, after reading that, ya just have to keep on. One of the great strengths of this novel is its powerful use of imagery. There are many references to light, as one would expect. Water figures large, from Pidre’s introduction in the prologue, left by a stream, to our introduction to Luz and her aunt Maria Josie sitting together in Denver, near the banks where the creek and the river met, the city’s liquid center…, to a rescue from a flash flood, to an unborn buried near a river, and more. A bear-claw links generations. This makes for a very rich reading experience.

I felt that the narrative fizzled toward the end, as if, having accomplished the goal of presenting a family and group history, filling a vacuum, there was less need to tidy everything up, a quibble, given that the novel accomplishes its larger aims.

Kaji Fajardo-Astine’s 2019 short-story collection, Sabrina & Corina, made the finals for National Book Award consideration. You do not need to read tea leaves or have visions to see what lies ahead. Woman of Light, a first novel, illuminates that future quite clearly. By focusing a beacon on an under-told tale, Kaji Fajardo-Astine, is certain to have a brilliant career as one of our best novelists.

Celia, Estevan’s sister. Luz listened and watched as she read her own words in her own voice. First in Spanish and then in English. The crowd moved with each syllable, cries of anguish. A lamp unto my feet, a woman yelled behind Luz. A light unto my path.

I received a digital ARE of Woman of Light from One World in return for a fair review. Thanks, folks, and thanks to NetGalley for facilitating.