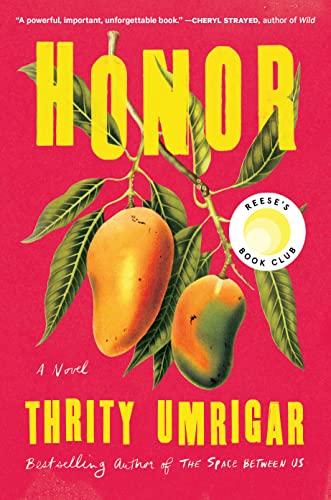 If her years as a reporter had taught her anything, it was these two things: One, the world was filled with people who were adrift, rudderless, and untethered. And two, the innocent always paid for the sins of the guilty.

…their traditions mean more to them than their humanity.

While reading Thrity Umrigar’s latest, novel, Honor, her ninth for adults, my thoughts kept drifting to Charles Dickens’ A Tale of Two Cities, not the totality of the story so much as the classic opening sentence.

In the case of Honor there are not exactly two cities. Mumbai certainly counts, but Birwad is a remote, rural village. It was the best of times for the reporter, India-born, but American since age fourteen, an international correspondent for a major New-York-based newspaper. It was the worst of times for the local woman, a young widow, living a terrible life in Birwad. Her brothers had murdered her husband, the light of her life, in plain sight, happily including their own sister in the conflagration. It was the spring of hope for a crusading lawyer, Anjali, desperate to find a woman willing to press charges against abusers like these, very grateful to have finally found one. She is hoping to establish a precedent, maybe even gain some justice. It was the winter of despair. But even if Gorvind and Arvind can be convicted and sent to prison, Meena would still be stuck living with her mother-in-law, who hates her, blaming her for the death of her son. It was an epoch of belief. The brothers had torched their own sister because she, a Hindu, had dared marry a Muslim, which the brothers believed was an abomination. They also hated her because she worked, while they did not, again somehow shameful, even though she gave them her entire salary. It was an era of incredulity. Really, this medieval bullshit is still going on in the 21st century? 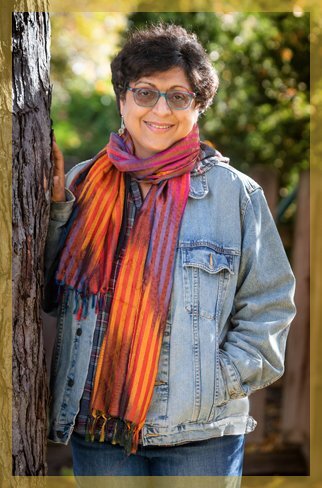 Smita Agarwal had not wanted to go back to Mumbai, but the veteran reporter cut short her vacation in the Maldives when she got a call from Shannon Carpenter (broken hip, in hospital), a friend, and the South Asia Correspondent for her newspaper. Smita expects to be hanging with her pal for a while as she prepares for surgery, then recovers. But Shannon redirects her to taking on reporting duties for a grim story. The trial of brothers Gorvind and Arvind is due for a verdict soon. An associate of Shannon’s is sent along to help with translation, and coping with local cultural issues. Mohan is not a reporter, but someone is needed to help smooth things for Smita, who will need a translator. She has not been back to India for decades, and very much needs the help.

What Smita finds in this remote place is incredibly disturbing, a primitive society riven by a particularly deep and violent religious division and a legal system that is a caricature of bias and corruption, although sadly far too real. Smita interviews Meena, her mother-in-law, the brothers, the village leader who had encouraged them to commit the crime, and the lawyer who is handling the case against them. There is no ambiguity about guilt here. The only legal question is whether there will be any sort of justice in such a backwater.

Honor is a tale of two tales. It is not only in Birwad that bias crimes are committed. Alternating with the tale of Meena is Smita’s attempt to address the reason her family moved to the states from Mumbai when she was a teen. She revisits her old neighborhood and speaks, or tries to speak with people she knew back then. Her story is revealed bit by bit over the course of the novel. Later she tells Mohan the full tale of her family’s experience. It is clear that it is not only remote, rural India that has a problem with mindless us-versus-them bigotry.

The parallel stories incorporate contrasting elements. The novel looks at old versus new, faith versus materialism, rationality versus extremist religiosity, corruption versus honesty, modernity versus tradition, right versus wrong, kindness versus cruelty, understanding versus blind rejection, patriarchal abuse versus gender equity. There is the contrast between the cosmopolitan Smita and the rural Meena, the comfortable Mohan and the struggling villagers.

Smita wrestles with her feelings about India, mostly repulsed by it because of the treatment her family had received, the ongoing religious warfare, and a million small miseries the nation inflicts on everyone. But she also recognizes some of the kinder sides to life there, particularly as epitomized by Mohan. She is also confronted with a woman in Meena who had actually done a radical thing, standing up for love in the face of extreme bias, and then standing up for justice in a cruelly unjust place. She had opened herself to huge peril by attending to her heart. Whereas Smita lives a solo existence, sustaining barriers that prevent her from ever committing to anyone emotionally. Even though Smita’s reporting for a western newspaper is expected to benefit the fight against religious bigotry, this is not a trope of westerner coming to the rescue of a desperate third-worlder. Here, the illiterate local has much to teach the sophisticate.

The novel had dual inspirations. First was the reporting of New York Times reporter Ellen Barry, who documented some of the worst outrages of Indian injustice during her years working there. There are a couple of links in EXTRA STUFF to Barry’s NY Times work, and one article of hers in particular that was an obvious source for this novel. The second inspiration was Umrigar’s family’s history.

In 1993, my middle-aged father stood on our balcony and watched helplessly as the apartment building across the street burned. It had been set on fire by a mob of angry Hindus who had heard that a Muslim family lived on the ground floor.
By this time, I was living in faraway America, safe from the paroxysm of insanity and violence that gripped Bombay—the erstwhile most tolerant and cosmopolitan of Indian cities—during that terrible period. But I can still hear the bewilderment in my father’s voice as he later recounted the incident during our weekly phone chat. I immediately worried about my family’s well-being, but he brushed aside my fretting. We were Parsis, a small, prosperous, and educated religious minority in India; the joke was that there were so few of us, nobody saw us as any kind of threat. – from the Bookbrowse interview

So, the two places may be dramatically different, but the underlying problems are remarkably similar. In addition to continuing her writing about India, in which she focuses on class and gender issues, there was another stream that flowed into her work this time.

I wrote ‘Honor’ during the Trump years,” she says. “I was writing about India, but I was also writing about my own adopted country. This othering of others is not a phenomena you can assign to any one country. The trend winds are blowing across the world’s two largest democracies, India and the United States. I am sometimes appalled and bewildered and dismayed by the parallels.” – from the LA Times interview

It is certainly no stretch to see in people who erected a gallows for a vice president who would not do what their leader wanted the very group madness Umrigar shows us in India. The Indian version gives us a village leader stoking the violence, encouraging the brothers to commit an atrocity. Here we have Trump, Tucker Carlson, Fox News and a host of fascist demagogues screaming lies about “the other.”

A major focus in Honor is on how the word has been misused to support unconscionable policies and actions.

The word honor has been abused and shorn of its meaning in traditional, male-dominated societies, where it is simply a cover for the domination of women by their fathers, brothers, and sons. The sexual politics of the so-called honor killings are impossible to avoid. Women are raped, killed, and sacrificed to preserve male pride and reputations.

In this novel, I wanted to reclaim the word and give it back to the people to whom it belongs—people like Meena, a Hindu woman, and her Muslim husband, Abdul, who allow their love to blind them to the bigotries and religious fervor that surround them, who transcend their own upbringing to imagine a new and better world. – from the Bookbrowse interview

Honor is a tale of two loves. We get from Meena’s POV her history with Abdul, and how that love survives his murder in her love for their daughter. Smita has never really had that kind of relationship, but finds herself increasingly drawn to Mohan, as she sees him in action, helping her maneuver a culture she does not really understand, sees what a good, kind man he is, and begins to wonder if there is some way to sustain their connection after her work on this story is complete. She also struggles with her feelings about India, which have been hostile, but as warm memories from her youth return, as she learns from Mohan of the many good things about her birth country, she warms to it, and regains some of the affection she once had for her homeland.

I see that child who lay upon her bosom and who bore my name, a man winning his way up in that path of life which once was mine. I see him winning it so well, that my name is made illustrious there by the light of his. I see the blots I threw upon it, faded away. I see him, fore-most of just judges and honoured men, bringing a boy of my name, with a forehead that I know and golden hair, to this place—then fair to look upon, with not a trace of this day’s disfigurement—and I hear him tell the child my story, with a tender and a faltering voice.

Shift the boy in Dickens’ tale to Meena’s daughter, Abru, in this one and it also fits right in. Honor is a gut punch that will being you to tears of grief and rage. Hopefully it will make you aware of the currents of group hatred that flow in far too many places, probably one uncomfortably close to home. But it will also offer you cause for hope, cause to see beyond the storm clouds of conflict to the clearing skies of hope. Honor is not a far, far better book than Umrigar has ever written. Really? With her dazzling oeuvre, what could be? But it is certainly among her strongest works. And that is saying a lot.

Despite the darkness of the subject matter, Umrigar sustains a positive outlook. In the LA Times interview, she references Tony Kushner.

He says something to the effect of: Hope is not a choice. Hope is a moral obligation. I try and live by those words. I may sometimes not feel hopeful about my own personal circumstances, which is absurd because I’ve had every opportunity and privilege in the world. But I always feel hopeful about humanity.”

This review has been, or soon will be cross-posted on my site, Coot’s Reviews. Stop by and say Hi!

Interviews
—–Bookbrowse – An interview with Thrity Umrigar – there are two parts to this, first, an essay by Umrigar re Honor then an interview from 2006. Both are excellent
—–LA Times – A book of horror and hope in India, inspired by extremists closer to home BY BETHANNE PATRICK

Reminds Me Of
—–The Heart of Darkness