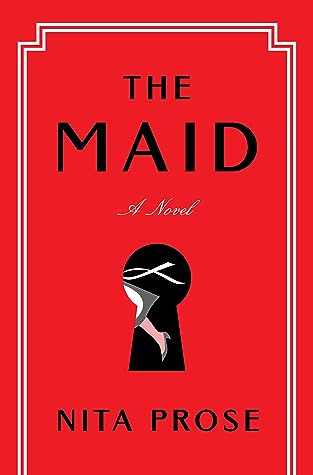 The truth is, I often have trouble with social situations; it’s as though everyone is playing an elaborate game with complex rules they all know, but I’m always playing for the first time.

Today at work, I found a guest very dead in his bed. Mr. Black. The Mr. Black. Other than that, my work day was as normal as ever.

A totally charming lead, Molly the Maid, Molly Gray, is as dedicated a guest-services employee as any hotel could wish for. She is an obsessive cleaner, determined to live up to the hotel’s stated desire to return every room to perfection every day, and particularly after guests have checked out…well…in the usual meaning of the term. Molly has the misfortune of entering a room where a notorious guest, Mr. Black, a hotel regular, and wealthy wife-beater who has been giving his second, trophy wife, Giselle, a miserable time, has checked out in the other meaning of the phrase. Cleanup in Room 401!

Nita Prose – image from her site

It is upsetting, of course, but so is the fact that his shoes are misaligned on the floor, and the room is in need of much more cleaning than usual. She calls down to the front desk, where she can be counted on to be ignored, then sees something so alarming that she faints straight away. Returned to consciousness, Molly phones down to the lobby again, this time demanding that the hotel manager, Mr. Snow, be notified. People soon arrive.

She has some challenges to overcome, both financial and social. When the police get involved in the hotel killing, her problems only multiply. Thankfully there are some who appreciate her, and are willing to help.

Over the course of the book we learn more and more about both the dodgy folks in and about the Royal Grand Hotel, and about Molly herself. It is clear to readers that Molly is on the spectrum, but has found work that she finds satisfying and well-attuned to her proclivities (neat-freak). It has the added element of honoring her beloved, recently-deceased grandmother, who had raised her, following in Gran’s career footsteps. Molly’s penchant for cleanliness stands out in stark contrast to the rather dirty goings on at the hotel. Her social cluelessness makes it tough for her to understand that there is something decidedly rotten about some people she believes to be good eggs. But, while not entirely morally pristine herself, Molly is a decidedly good egg, who values friendship, honesty, and loyalty. Her total recall makes it possible for some of the events of that terrible day to be played back, in detail. This makes it possible to unscramble the mess, at least some, but will anyone listen?

Nita Prose (pen name for Canadian editor Nita Pronovost) has a lot of fun with The Maid. In addition to an appealing, first-person narrator to lead us through the action, she decorates the scenery with nicely chosen colors, patterns, and motifs. Starting with colors, Molly is, of course, Gray. The hotel manager is Mister Snow. Molly’s unpleasant landlord is Mr Rosso (red). Her corrupt supervisor is Cheryl Green (notorious for poaching tips intended for other maids) . An unspeakable ex is Wilbur Brown. One of her co-workers is called Sunshine. Coloring applies to people, themselves. The deader sports red and purple pinpricks around his eyes. Giselle has green eyes. Molly has alabaster skin.

The palette extends to the surroundings, a black and white background against which some colors can glow. As I place a hand on the shining brass railing and walk up the scarlet steps that lead to the hotel’s majestic portico, I’m Dorothy entering Oz. (The Oz notion is picked up later, beyond the visuals, when Molly thinks of Giselle as bridging two worlds.) The hotel features an obsidian countertop on the front desk, marble floors that glow white, and emerald loveseats in the lobby. Molly’s uniform consists of black trousers and a white blouse. The receptionists, in black and white, look like penguins. A white bathrobe is found on the floor of room 401. Giselle stands out for having a yellow (yolk-colored?) purse. One character wears a wine-colored dress with a black fringe. Molly is sensitive to the colors of her world, and they stand out for her like a blood-red rose against a colorless background.

Prose also offers up invisibility as a theme throughout. Molly is invisible to most of the world due to her difficulty with social interactions, and welcomes this invisibility in her job. My uniform is my freedom. It is the ultimate invisibility cloak.; It’s easier than you’d ever think—existing in plain sight while remaining largely invisible; [Mr Black]…often did this—bowled me over or treated me like I was invisible; Discretion is my motto. Invisible customer service is my goal. Molly is always intensely grateful whenever someone makes her feel seen or appreciated. Some find Molly’s invisibility enviable. And she is not the only person at the Regency Grand to be afflicted with translucence.

Eggs offer a bit of focus, as Molly thinks of people as good or bad ones. And there is a very different sort of egg that impacts Molly’s life. Someone preparing eggs for someone else is a very clear symbol of affection.

As an editor, Pronovost is always thinking about how a manuscript fits into a specific genre or how a story might bend reader expectations in that genre. For her own novel, she imagined mixing a misfit-character trope – inspired by the titular protagonist of Gail Honeyman’s Eleanor Oliphant Is Completely Fine – with a contemporary locked-room mystery inspired by the work of U.K. thriller writer Ruth Ware. Add in a touch of the film Knives Out and the board game Clue, and there is The Maid. – from the Quill & Quire interview

But these are not her only influences. Prose provides some hints to the sort of story we are reading, informing us that Molly enjoys reading Agatha Christie novels. Gran has so many of them, all of which I’ve read more than once. But she adds to that Molly and Gran’s fondness for another mystery entertainment. …we’d eat our meals side by side on the sofa as we watched reruns of Columbo. Expect amateurs to do some sleuthing. No hard-boiled detectives in this one. And you may or may not know who they should be investigating very early in the story.

Universal Pictures picked up the film rights to the book. Academy-Award-nominee Florence Pugh is slated to star as Molly. We all know that options are sold all the time, and most are never actually made. So believe it when you see it. While reading, I was totally reminded of a TV series, Astrid et Raphaëlle, as it is known in France, and Astrid in its release on Prime in the USA. Sara Mortensen plays an autistic woman drawn into helping the police solve crimes with her unique talents. I kept picturing Mortensen’s Astrid while reading this book. The show is delightful. 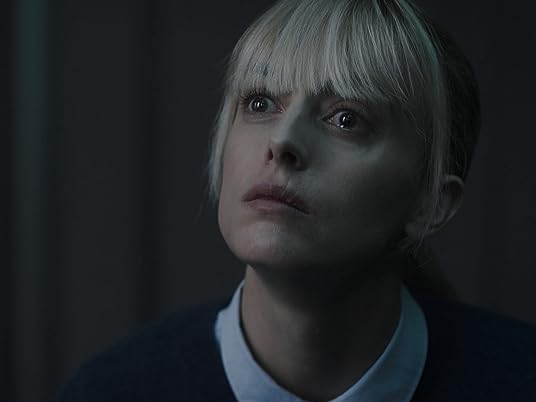 Hopefully, you will not wait until all your rooms are in a pristine state to give The Maid a look. It is a charming, engaging, cozy mystery, with a wonderful lead, a colorful cast of supporting players, and an effervescent sense of style. Ideal for kicking back and just enjoying while you recover from the holidays. But be sure to put a coaster under that drink. Someone is going to have to clean that up.

Is now a good time for me to return your suite to a state of perfection?

I received an eARE of The Maid from Ballantine Books in return for making a few beds and doing a little vacuuming. Thanks also to NetGalley for calling this book to my attention in their newsletter, and facilitating the download.