The Good Luck of Right Now by Matthew Quick

I wondered if faith were not a form of pretending

You’re in Luck! Matthew Quick, author of The Silver Linings Playbook, has written an incredibly moving story, populated with his usual range of damaged, quirky, lovable characters, but containing a core of significant philosophical substance.

Bartholomew Neil is 38 years old. He keeps a journal of interesting things. He has never held a job. He has lived with his mother all his life, and the two have always shared a close bond. His father has never really been in the picture. Bartholomew can probably be found somewhere on the autism scale. Although he has never spoken to her, he is smitten with a young lady at his local library. He calls her the Girlbrarian. He has an angry man in his stomach who keeps telling him awful things. He has no friends. He has a young grief counselor who has troubles of her own. After a prolonged illness, Mom has passed away. For the first time in his life, Bartholomew must take care of himself, a fledgling who needs to grow a pair…of wings.

The Good Luck of Right Now is the story of how Bartholomew creates a new family/home/life/nest for himself out of the shards of the past and the flotsam of the present.

The cast’s oddities are based in their personalities and in their troubles, and there is plenty of damage to go around. Mom is, well, dead. Not much to be done about that. Father McNamee is not just their local parish priest, but a close friend of the family. The padre has issues of his own, and after not hearing God speaking to him for a stretch, decides, from the pulpit, to chuck the collar, and pursue what he believes to be his personal mission from God. And he’s not even one of these guys. If Father McNamee is not enough, how about Bartholemew’s new friend, Max, who charmingly uses expletives as adjectives, nouns, and verbs, particularly the f-bomb, and has issues with paranoia, particularly as it pertains to therapists who may or may not be alien abductors.

The Girlbrarian completes the core cast, a quiet, but very dedicated library worker, several steps further outside the norm than that other librarian
you may have heard of. She is very retiring, and with good reason

The story is told by Bartholomew, writing letters to his more or less imaginary friend, Richard Gere (think Woody Allen in Play it Again, Sam). Mom had been a huge fan, and in her waning days imagined that Barthololew was someone other than who he was. Bartholomew played along, pretending, for her sake. Now, he writes to Gere as if they were buds, telling him about his life and ongoing challenges.

He may never have taken care of himself before. He may begin this journey friendless. He may communicate with a person who has no idea he is alive. He may have more than his share of oddities, but Bartholomew is a good egg with an outsized heart, an admirable openness and an eagerness to learn, and to help others.

But there is so much more than quirkiness and warmth to this novel. As with Silver Linings, there is consideration for how one faces the downsides of our existence. Is there some sort of balance in the universe? What is worth dismissing and what is worth believing in? And can believing, or pretending make it so? Where does delusion leave off and faith begin?

Like the haloed saints depicted in stained glass at Saint Gabriel’s, Mom seemed to be guided by divinity. Her madness appeared holy. She was bathed in light.

Some part of Bartholomew believes that Richard Gere cosmically reads the letters he writes. And a part of his affection for Gere has to do with Gere’s Buddhism and alliance with the Dalai Lama. His one-sided communications are reminiscent of how the prayerful might feel about a favored saint. Father McNamee believes that God has spoken to him, and hopes He will again. He spends long hours on his knees, in prayer. Max believes in aliens, and swearing. Others believe that bad and hurt people will get better with counseling.

Lest one think there is nothing but sunshine here, let me disabuse you of the notion. Bartholomew has come in for the sort of treatment one might expect from moron bullies confronted with the unfamiliar. His home has been the object of unpleasantness as well. In fact there is a fair bit of abuse across the cast of characters here, all off-screen. It is how they cope with life’s challenges that is at issue, not the obstacles per se.

You might want to keep an eye out for avian references. I counted thirteen, but stopped counting after a point. They permeate, and work well to illuminate character and events. And if you are fond of cats, there is one scene in particular that is at least as uplifting as a good scratch behind the ears.

My nominee for a star turn in the role of Max’s cat, Alice, is the female who shares my bed almost every day, the sultry calico, Madison

Toss in some human organs on public display, and peculiar therapeutic environments for good measure. 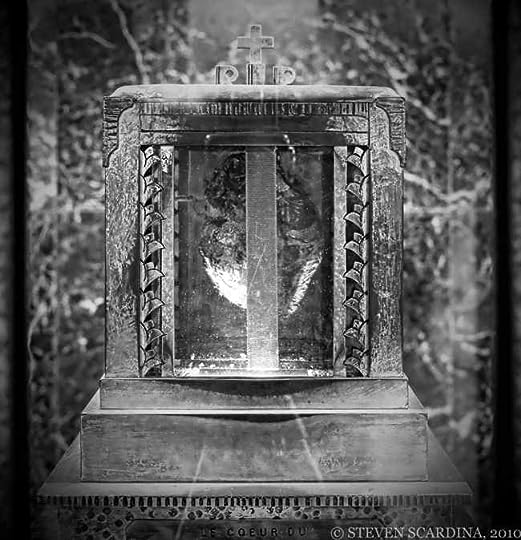 What’s not to like? Very little. There is an event in which Bartholomew’s advisor offers guidance that seemed to me outside the realm of the likely. Just what the Good Luck of Right Now consists of is explained in the book. It has to do, generically, with there being some balance in the universe, but I will not dump details here. I must say, though, that, I do not think this particular philosophical view stands up to close scrutiny, at least not to mine. Yet it certainly is an uplifting, and comforting way of looking at the world, and very much informs the characters and actions of this tale. One can look at the world through one’s own lens and still appreciate the landscape as seen through Quick’s.

This book is a delight, well-paced, moving, (yes, you will need tissues) and content-rich.

You might even feel, when you get around to reading this, that your luck wihastaken a turn for the better.

The Cats of Parliament Hill figure in the story. I will refer you to the Wikipedia page for that history. Don’t worry. You will not spoil anything about the book by reading this.

Here is a particularly wonderful FB page if you want to see more shots of the place and it’s erstwhile inhabitants. Sadly, it was shut down, (the place, not the website) as of January 2013. So here is a sample of shots from that page. 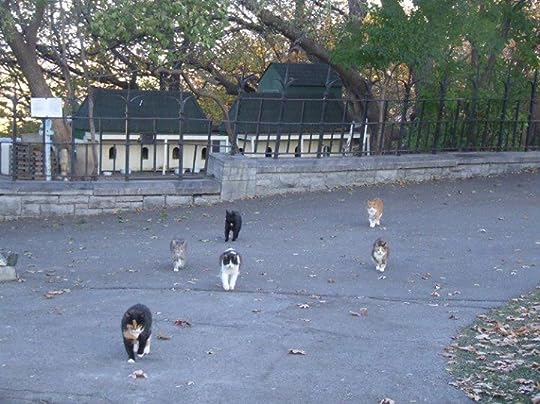 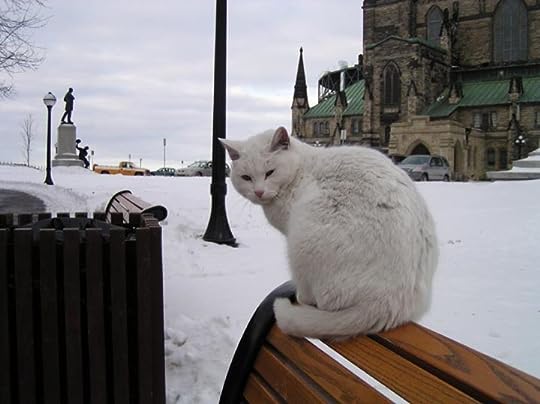 One of the cats of Parliament Hill 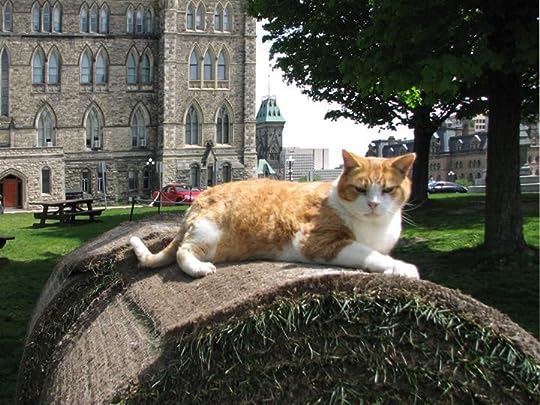 Full, well partial, well, at least a little disclosure
While I can be bought, this review is not evidence of the fact. I received the ARE from my Book Goddess (no, not Madison) who works at HarperCollins. The opinions expressed here are mine alone.