Sometimes the Wolf by Urban Waite

Ok, I have to offer a sort-of anti-spoiler right up front. Sometimes the Wolf is a sequel to Waite’s first novel, The Terror of Living, but I have not read the earlier book, so cannot really bring to the table a familiarity with the characters who appear in both books. Nor can I comment on continuity of setting, theme or imagery. So I feel at a disadvantage. On the other hand, I am forced to look at StW as a stand-alone work, which may be a good thing, as most of us human sorts do read books one at a time. Just lettin’ ya know.

Bobby Drake is a deputy Sheriff in Silver Lake, Washington. There is an apple orchard in the backyard of the home he shares with his wife, Sheri. The home that used to belong to his father, Patrick, a former local police chief, who was sent away for 12 years for smuggling drugs. The orchard is no longer harvested. This is no Eden. Patrick is being released.

You might think this would be a happy occasion, but Bobby had to sacrifice a lot when his father was sent up, and hangs on to his resentment like a cocked gun. A DEA sort by name of Frank Driscoll does not think Patrick should ever have been let out, and makes it his business to keep his canines well lodged in Patrick’s case. Seems two federal agents lost their lives a dozen years back, and Driscoll knows in his bones that Patrick is responsible, evidence or no evidence. He also seems as flush with available time as Special Agent Dale Cooper. And add in two baddies, who leave a trail of bodies in their rear-view. (I was reminded of Mr. Wint and Mister Kidd of Diamonds are Forever, or, even more, of Steve Buscemi and Peter Stormare in Fargo) in their quest for the usual, hidden cash. I imagine a sign – Welcome to Silver Lake – Population: declining. Like Ray Lamar, the returning prodigal in Waite’s last novel, The Carrion Birds, Patrick espouses a desire to just move on with his life. Fat chance.

The father-son theme gets a boost from the addition of a third generation, with Patrick’s father, Drake’s grandfather, Morgan, joining the scene. He is a tough and interesting old coot and you can see some of him in his progeny. 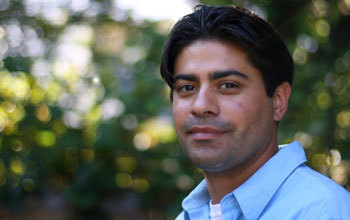 Urban Waite – from his site

Waite tosses in a couple of females, one of whom figures in the story meaningfully, but this is very much a guy cast. The author is a fan of Cormac McCarthy and the red grimness of the environment here reflects what one might expect of McCarthy in a more southerly tale. In fact a whole “red in tooth and claw” notion is introduced early with a gutted deer and another new arrival to town, a literal lone wolf. Despite Waite having been raised in Seattle, and having attended college in Washington as well, it did not strike me particularly as a tale about the northwest. It seemed that it might have been as easily set in the southwest or northeast. But the locals do feel at home in their environment, and their sharp edges echo the woodsy chill of the region.

There are some items about the book that I felt could have been put to better use. The lone wolf is introduced immediately, but then does not reappear as an actual thing until near the end of the book. It would have been better, IMHO, to have reinforced the lone-wolf imagery at work here with a few more touches of the natural sort. A female Fish and Wildlife Service agent is also introduced early, with hints of a potential special connection to Drake, and is then disappeared, along with the wolf, until near the end. More could certainly have been made of that character. I cannot speak to Terror of Living, but his previous novel, The Carrion Birds seemed somehow heftier, like there was more going on thematically, which may or may not matter to you. Of course I projected more into that book than the author actually put there, and may be doing the same here. I was looking for wolfy elements, given the title. False threats yielding to a real one, crying wolf. But that did not seem present. There was, however, some fun with Little Red Riding Hood material as a dark sort stalks some prey.

My, what large hands you have. And

His hair was slicked back and the suit was too big on his thin bones.

suggesting, to me, anyway, someone of the lupine persuasion donning granny garb. Instead of having to go through the woods to get to grandma, it is grandpa here. But I could be making this all up. Take it for what it’s worth.

Family loyalty comes in for consideration here, as it did in Carrion Birds. How much loyalty does Drake owe the returning Patrick? What can he do when what his wife needs from him is at odds with what his father needs? And where is the line drawn between loyalty to family and community? Can one remain moral and help out a criminal?

The author keeps the action moving, switching between Patrick, Morgan, the dark duo, and Drake. Sometimes the Wolf qualifies as a page-turner. Waite can certainly spin a yarn. You will want to know what happens, and will feel enough for Drake, in particular, to care. I will definitely be reading whatever he comes out with next. Urban Waite is definitely a writer worth watching.

Links to the author’s personal, Google+ and FB pages