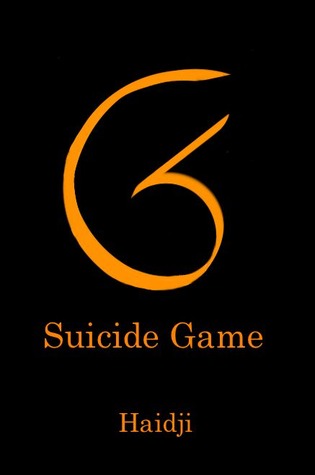 Suicide Game, a first novel by the mononymous Haidji, is an oil and water mixture of intriguing concepts, impressive visual sensibilities, and, at least in the English version, a crying need for a professional, native-English-speaking editor.

The core element here is the Suicide Game itself, a privately run enterprise that takes in 8,000 contestants and produces a single winner, in a more or less contemporary setting. It does put one in mind of the scene in Glengarry Glen Ross when Blake, a bully sent to incentivize the sales staff at a real estate firm, says to them, “As you all know, first prize is a Cadillac Eldorado. Anybody wanna see second prize? Second prize’s a set of steak knives. Third prize is you’re fired.” It might read here “First prize, fame and fortune, with treasures beyond your imagining. Second prize, you die.” In The Hunger Games participants were selected by lottery. In Suicide Game, it is voluntary. One might wonder who in their right mind would willingly participate in such a travesty.

Haidji has put together an ensemble cast. There are game participants, with contemporary and back-story people connected to each, the council that runs the whole thing, the arena designer, and a smattering of game employees. No one character occupies enough time to be considered primary. Oh, and add in a terrorist.

One can take this as a straight ahead story about a social abomination, and the individual tales that feed it, or take it as a metaphor for existing sociological madness. Choose the former and you may find yourself leaping into an abyss.

What country would allow such a thing to take place? At least when nations sponsor the suicide game we call war, they attempt to offer at least the pretense of a reason. Not so much here. Why would anyone choose to participate in any contest with such poor odds unless they had nothing left to lose? And while the lure of fame and fortune might lead one to publicly humiliate oneself, as we see every day on reality programming, it is a whole other level to join a death march. And if one is seeking to kill oneself, the usual reason is despair. What possible appeal might there be to enticing participants with glory when they have already given up all hope? While there are some shenanigans involved in the legitimacy of some of the contestants, I found the justification offered for most of the competitors to be thin. Kinda tough to invest much in relating to characters if the reasons for their actions are unpersuasive. Why choose to die? Why not try to solve your problems? And if you are determined to snuff it, there are plenty of quicker ways to go about it. Why drag it out for several days, and do it in front of a global audience? Lost love figures large here. But then found love figures pretty large as well, with love at first sight a very unconvincing motivator. Maybe in this world there are no second acts, let alone third ones. They might take some advice from Ingrid Michaelson. All the broken hearts in the world still beat. Despite the rampant heart disease our culture breeds, people get over heartbreak, find new loves, new outlets, new satisfactions. I got the feeling that the characters jumping into the game could do with a good talking-to, or an intervention. “You schmuck, sit down! What the hell were you thinking?” Taking the USA as an example there are 39,000 suicides here annually, more or less. Cramming 8,000 of them into a four day span is, well, a stretch, suggesting that it must have been a really bad week when applications were being accepted, or a big week for immigration. I imagine the selection process was probably as selective as that used by the National Geographic Society for individuals nominated for membership. (Although George Bailey certainly deserves to belong.) 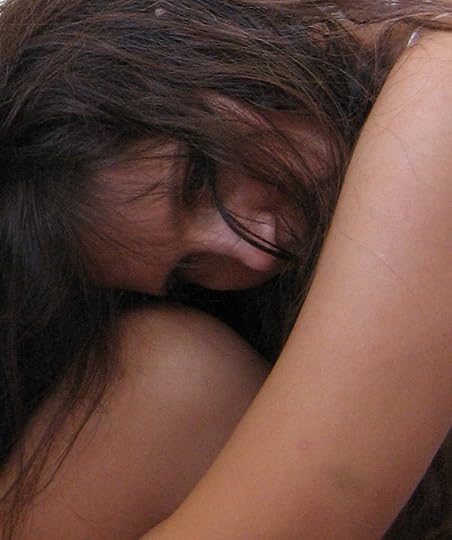 In addition to an excess of telling over showing, there are elements there that hint at an eagerness to gloss over problematic details. It is as if the entire world existed in a Judy Garland/Mickey Rooney film in which the neighborhood kids decide, “Let’s put on a play,” and magically a stage, set, costumes, script and time for rehearsal all appear as if out of nowhere. Just think it and it is so. For example, the management of the stadium decides to make a radical change in their food service, and it is changed during a break in the game action. Modifications to significant stage elements of the stadium are likewise implemented as if by divine command. A significant computer programming re-working is done in, it seems, nanoseconds. With over twenty years as a programmer, I can say for fracking sure, no bloody way. The romantic relationships also seemed to lack real-world substance.

Ok, if, however one takes this as a piece of social commentary, it becomes possible to look past the story-telling problems and settle in to a consideration of larger issues. One can look at the heartless exploitation of the participants by corporate entities, and not have to look too far to find contemporary equivalents. In the US, how the NFL treats players is pretty close to amoral disinterest in the well-being of the workers who create the value they are selling. I am sure there are plenty of equivalents in other sports. The entertainment industry offers many examples of people willingly putting themselves, their reputations, and maybe their health, if not their lives, at risk in order to gain their fifteen minutes in the media spotlight. The Suicide Game might be seen as an exaggeration of that reality to make a point. I do not think that major sports organizations descended to a level of exploitation where they process, package and sell bits of loser contestants. But would you really put that past the NFL, or our major networks? One element in all this is the dehumanization of the contestants by putting them all in the same uniform and having makeup artists remove remnant individuality from their faces. This surely speaks to the depersonalization inherent in much of mass media. Outside of committed fans, can you really tell who is wearing a particular football uniform on a given Sunday? Just as players are largely a production factor for corporate owners, parts that can be replaced as needed when they wear out, the suicide game takes the notion to an extreme, and succeeds in making a point.

My biggest gripe about the book is that the English is in need of serious repair. Haidji speaks English. We were pals on GR for a while (until this review was posted) and have exchanged our share of messages, so I can attest that her English is pretty good. But I cannot say whether this book was written in another language (she speaks several) and translated or was written directly in English. In either case, it is in great need of an editor whose native tongue is English. There are many instances in which it is possible to ferret out what the author meant, when the words used did not do that job well enough. Turns of phrase are sometimes simply wrong. Readers are expected to read between the lines for thematic or psychological reasons, but should not have to do so in order to simply correct the text. That said, it is a readable book. Just be aware that you may have to do some extra work to figure out what is being said.

If one can get beyond the language shortcomings, there is fair bit of interesting material tucked into the story. Haidji concocts an umbrella made of air alone that is pretty cool. The notion of making diamonds of the unexpected material cited here is a real thing. The stadium design has some elements that are quite fascinating. Her governing Suicide Game council applies a very unusual voting methodology. A court case involving Big Oil is also reality-based. An early scene involving a terrorist and 9/11 was one of the strongest elements in the story. On the other hand, use is made of a drug referred to as “milk of amnesia.” Such a drug does exist. I have been a personal beneficiary on multiple occasions. (Yes, it is legal, wiseass, and is used in medical work) But it does not act in the real world as it is shown to act here.

There are some mysteries in here as well that add texture. Who is actually in charge of the whole thing? How did a baby get loose in the stadium? Will the smitten connect with the actual objects of their…um…smit? Will everyone be blown to bits?

It is also clear that Haidji has a strong sense of the visual. Color and texture offer a strongly defined background against which the characters do their things. The game logo is wonderful. Candidates are in white face, dressed in shiny black, made up to betray no emotion. The logo is painted in orange. That hare krishnas are in attendance enhances the presence of that color. Ushers who clean up the bodies are dressed in gray. Makeup artists at the game wear matte black, and the game Hostess wears a red femme fatale dress. Designer names for clothing and footwear are rampant, which certainly does not speak to me. I had to look up far too many of these. But readers with more fashion knowledge (pretty much everyone) will have a better shot at appreciating the references.

There are problems for sure with Suicide Game. It really, really needs the assistance of a professional, native-English-speaker editor. There are issues with an overly simplified view of how relationships might progress and even how things work in the world. But if you can make a leap of faith to look past these, there are rewards to be had in the many fascinating notions that live in that world with them. You might enjoy Suicide Game, and without having to pay the ultimate price.

I received this book from the author in return for an honest review.