Life is kind of like that, picking the memories you want to frame. We all have an idea of how it should be, all smiles and swing sets. There are the more unsavory moments that we leave in the box stashed up in the darker parts of our psyche. We know they exist but we don’t go flaunting them in front of the dinner guests.

There are three main elements in Finding Jake, the parent/child relationship, the way the world treats those who are different, and the mystery of what happened leading up to, during and after the central event of the story.

Simon Connolly is a former political operative. He works as a writer, but took on the additional, stay-at-home, role when he and his wife, Rachel, had their first child. He is pretty good at it, if a bit of a worrier. When he gets a text from his kids’ school he is rocked to his core. There has been a shooting.

For the first two thirds, the story is divided fairly equally between following the events, post-shooting, as they emerge, Simon and Rachel’s torment in trying to find out what happened to their son and what he might have done or suffered, and Simon recalling the years from Jake’s birth. The final third is about the post-shooting events, searching for Jake and the truth. We see everything through Simon’s eyes. 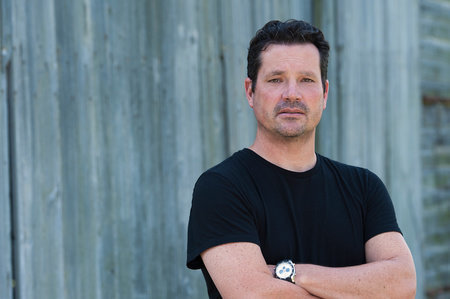 Ever wonder if you screwed up your kid? Allowed too much? Too little? Encouraged too much? Too little? Spent enough time with them? Maybe too much? Encouraged them to experience the world too much, not enough? What if they followed your advice and it all went wrong? What if they ignored you and it went right? Where is that Goldilocks perfect middle? We can probably all look back over the lives of our children and second-guess our parenting decisions, our approaches. Will our kids turn out ok? Could they have turned out better? Are we good parents or did we mess it up? Another element in this vein is wondering how well you know your own child. How well can you? Welcome to Simon’s head. I do not want to give the impression that Simon is a sort of Woody Allen neurotic. He is not. He is a regular guy, a loving father, but when he learns that a troubled friend of his son is implicated in the shooting, there is plenty of self-questioning to be done.

How responsible are we for the behavior of our children, for their fate? How much is nurture and how much nature? As the father of three grown children I could certainly relate to Simon’s concerns. While I was only a stay-at-home dad for a fairly brief time, I could certainly appreciate the awkwardness he feels being a male homemaker. It is one of many elements in this book that is convincingly and accurately portrayed. I can also report, from personal experience, that my three arrived with very definite personalities. Not a blank slate in the bunch. We parents certainly can have an impact, but our progeny arrive with their own capacities and predilections. And they most definitely keep their own secrets. Simon not knowing everything about Jake’s life is 100% believable.

Reardon shows us snapshots of Jake’s life over the 18 years from in vitro to missing teen. Not exactly the most social kid, on the quiet side, but not to an extreme degree. Simon is concerned about Jake having a dodgy friend at age 8. Later, he encourages Jake to spend time with other kids. In this family photo album we see Simon and Rachel’s relationship change over time as well. Tensions, and some bright moments for them, too.

The back third of the book offers what seemed to me a pretty accurate look at how one’s neighbors are likely to respond in a pressured situation, (so many throwers, so few buses) and how the voracious media feeds on and produces fear. How many times have you seen a neighbor interviewed on the tube report that so-and-so, a known or suspected shooter, was a “quiet” person. We have acquired a sense, as a culture, that there is something wrong with people who are “quiet,” introspective, not party animals. Was Jake responsible for the shooting? Well, he was quiet, not particularly social, so what do you expect? Whether he is or isn’t, it is his social distance that is considered the tell. And what of Jake’s dad? He did not exactly fit in either. Maybe the quiet apple does not fall far from the tree.

To a large extent humans are pack animals. Queen bees and bullies do their best to cull pack members who look or act differently. Our media is more than happy to pile on, as professional practitioners of the blame game, and our institutions seem unable to control predatory behavior by the ins. Maybe they are not really all that interested in controlling it. Sometimes there is blowback.

they need to be able to explain it away. That’s what all this is about. If they can’t categorize what happened, put it in a nice, neat box, they can’t sleep at night…I’ve done it before. Now I see how awful it can be, though. It’s like they want to pick at us until we are bare, exposed, just to make themselves feel better. They dissect our pain just so they can convince themselves they are immune to it. It is like someone suffering a horrible disease and finding someone who is worse off than they are and asking them, Why? Why are you worse off than me? How is your situation different from mine? Tell me, so I can go home feeling better as you stay here and die.

Reardon does not offer in-depth analysis of Columbine-type child shooter(s). That is not what this is about. But Finding Jake does cover a range of subjects, parental responsibility, the social environment, signs of trouble, making moral choices, media amorality, police presumptuousness, neighborly selfishness. You will not find dazzling poetic prose here. The language is straightforward and entirely effective. It is about the story and underlying content, and not the form. You will definitely feel for Simon as a sort of everyman caught in a bad situation. He is honorable, intelligent and analytical, but is still fraught with the fears and doubts that anyone in his position might experience. If you are a parent, Finding Jake will touch a very deep place inside you. If you are not a parent, it will give you at least a taste of what it means to be one.

The author writes from experience about Simon’s life, and his fretting.

I’ve spent the last decade working from home while caring for my kids. I worry about them every day. Much of that angst fueled the writing of this book.

Like Simon (the name of the Reardon family pooch, btw) Reardon is also a writer and former political worker. He specializes in medical communications.

I had a couple of gripes about the book. Simon’s wife behaves on two occasions in a way that I found difficult to accept. And the final chapter seemed unnecessary. Too much leading readers by the hand.

Other than that, though, this is both a moving and a riveting novel. Once you begin reading you will not want to stop. Finding Jake is most definitely a book that is worth looking for.

The author does not, at present, maintain much of an on-line presence. I would not be surprised if this changes a bit as the publication date nears. When/if I encounter new info, I will add it.

His previous work includes Ready, Set, Play!, a collection of essays on parent-child bonding through sports, and Cruel Harvest, a memoir about a battered childhood.

For an excellent look at the UR school shooting or our age, I heartily recommend Dave Cullen’s Columbine

Filed under Fiction, Psychology and the Brain, Reviews