Open the pod bay doors, HAL.
I’m sorry Dave. I’m afraid I can’t do that.
What’s the problem?
I think you know what the problem is just as well as I do.
What are you talking about HAL?
This machine is too important for me to allow you to jeopardize it.– from 2001: A Space Odyssey 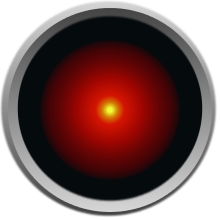 Smile for the camera, HAL

This is probably the #1 image most of us of a certain age have concerning the dangers of AI. Whether it is a HAL-9000, or a T-70, T-800, T-888, or T-900 Terminator, a Cylon, a science officer on the Nostromo, a dark version, Lore, of a benign android like STNG’s Commander Data, killer robots on the contemporary TV series Extant, or another of only a gazillion other examples in written word, TV and cinema, there has, for some time now, been a concern, expressed through our entertainment media, that in seeking to rely more and more on computers for everything we do, we are making a Mephistophelian deal and our machines might become our masters. It is as if we, a world of Geppettos, have decided to make our Pinocchios into real boys, without knowing if they will be content to help out in the shop or turn out more like some other artificial being. Maybe we should find a way to include in all AI software some version of the Blue Fairy to keep the souls of the machines on a righteous path.

John Markoff, an Oakland, CA native, has been covering the digital revolution for his entire career. He began writing for InfoWorld in 1981, was later an editor at Byte magazine for about eight bits, then wrote about Silicon Valley for the San Francisco Examiner. In 1988 he began writing for the Business Section of the New York Times, where he remains to this day. He has been covering most of the folks mentioned in this book for a long time, and has knowledge and insight into how they tick.

For the past half century an underlying tension between artificial intelligence and intelligence augmentation—AI vs IA—has been at the heart of progress in computing science as the field has produced a series of ever more powerful technologies that are transforming the world. It is easy to argue that AI and IA are simply two sides of the same coin. There is a fundamental distinction, however, between approaches to designing technology to benefit humans and designing technology as an end in itself. Today, that distinction is expressed in whether increasingly capable computers, software, and robots are designed to assist human users or to replace them.

Markoff follows the parallel tracks of AI vs IA from their beginnings to their latest implementation in the 21st century, noting the steps along the way, and pointing out some of the tropes and debates that have tagged along. For example, in 1993, Vernor Vinge, San Diego State University professor of Mathematics and Hugo-award-winning sci-fi author argued, in The Coming Technological Singularity, that by no later than 2030 computer scientists would have the ability to create a superhuman artificial intelligence and “the human era would be ended.” VI Lenin once said, “The Capitalists will sell us the rope with which we will hang them.” I suppose the AI equivalent would be that “In pursuit of the almighty dollar, capitalists will give artificial intelligence the abilities it will use to make itself our almighty ruler.” And just in case you thought the chains on these things were firmly in place, I regret to inform you that the great state of North Dakota now allows drones to fire tasers and tear gas. The drones are still controlled by cops from a remote location, but there is plenty to be concerned about from military killer drones that may have the capacity to make kill-no-kill decisions within the next few years without the benefit of human input. Enough concern that Autonomous Weapons: an Open Letter from AI & Robotics Researchers, signed by the likes of luminaries like Stephen Hawking, Elon Musk, and tens of thousands of others, raises an alarm and demands that limits be taken so that human decision-making will remain in the loop on issues of mortality.

The other Mister “T”

Being “in the loop” is one of the major elements in looking at AI vs IA. Are people part of the process or what computerization seeks to replace? The notion of the driverless car comes in for a considerable look. This would probably not be a great time to begin a career as truck driver, cab driver, or delivery person. On the other hand, much design is intended to help folks, without taking over. A classic example of this is Siri, the voice interface available in Apple products. AI in tech interfaces, particularly voice-intelligent tech, speaks to a bright future.

Markoff looks at the history of funding, research, and rationales. The Advanced Research Projects Agency (ARPA), which has funded so much AI research, began in the 1950s in response to the Soviet launch of Sputnik. Drones is an obvious use for military AI tech, but, on a lower level, there are robot mules designed to tote gear alongside grunts, with enough native smarts to follow their assigned GI without having to be constantly told what to do. I am including links in the EXTRA STUFF section below for some of these. They are both fascinating and creepy to behold. The developers at Boston Dynamics seem to take inordinate glee in trying and failing to knock these critters over with a well placed foot to the midsection. It does not take a lot of imagination to envision these metal pooches hounding escaped prisoners or detainees across any kind of terrain.

Darryl Hannah, as the replicant Pris in Blade Runner, would prefer not to be “retired”

As with most things, tech designed with AI capacity can be used for diverse applications. Search and Rescue can easily become Search and Destroy. Driverless cars that allow folks to relax while on the road, can just as easily be driverless tanks.

Universities have been prime in putting the intel into AI. Private companies have also been heavily involved. Xerox’s Palo Alto Research Center (PARC) did, probably, more than any other organization to define the look and feel of computer interfaces since PCs and Apples first appeared. Much of the tech in the world, and working its way there, originates with researchers taking university research work into the proprietary market. 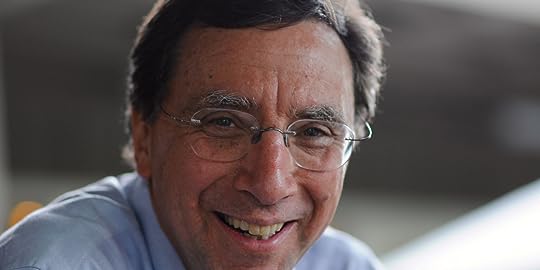 If you are not already a tech nerd (You, with the Spock ears, down, I said tech nerd, not Trek nerd. Sheesh!) and you try to keep up with all the names and acronyms that spin past like a stock market ticker on meth, it might be just a teensy bit overwhelming. I suggest not worrying about those and take in, instead, the general stream of the divergence between computerization that helps augment human capabilities, and computerization that replaces people. There is also a wealth of acronyms in the book. The copy I read was an ARE, so I was on my own to keep track. You will be reading copies that have an actual index, which should help. That said, I am including a list of acronyms, and their close relations, in the EXTRA STUFF section below.

While there are too many names to comfortably keep track of in Machines of Loving Grace, unless of course, you were made operational at that special plant in Urbana, Illinois, it is a very informative and interesting book. It never hurts when trying to understand where we are and struggling to foresee where we might be going, to have a better grasp on where we began and what the forces and decisions have been that led us from then to now. Markoff has offered a fascinating history of the augment-vs-replace struggle, and you need only an actual, biological, un-augmented intelligence to get the full benefit.

My instructor was Mister Langley and he taught me to sing a song. If you’d like to hear it I can sing it for you.

A link to his overall index of NY Times work

Interviews with the author
—–Geekwire
—–Edge

Check out this vid of Boston Dynamics’ Big Dog, coping, on its own with a series of challenges. And Spot, sadly, not Commander Data’s pet.

GR friend Tabasco recommended this fascinating article – The AI Revolution: The Road to Superintelligence – By Tim Urban – must read stuff

And another recent NY Times piece on AI, Software Is Smart Enough for SAT, but Still Far From Intelligent, by John Markoff

And yet another from the Times, on voice recognition,IPhone 6s’s Hands-Free Siri Is an Omen of the Future, by Farhad Manjoo