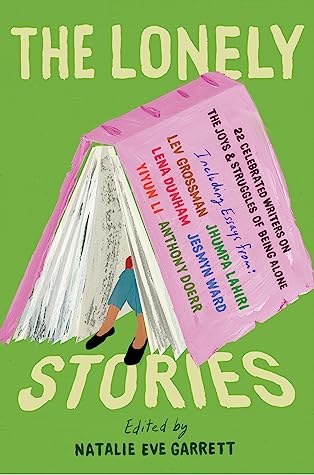 When I invited people, I typically would offer up various prompts. I definitely made it clear from the beginning that I was interested in [pieces] that explored the ways in which alone time can be maddening and isolating and painful, but also pieces that explored the ways in which alone time can be a thrill, or a joy, or something that you crave but can’t access, which I think a lot of people also experienced during the pandemic. There was this simultaneous excess of loneliness and then absence of solitude, which is something I contemplated a lot. I feel like one thing I learned from making the book—but after it had already been printed, of course—is that our longing for solitude is also another kind of loneliness. I think it relates to my experience of the pandemic, and probably a lot of people’s experience of the pandemic. There was so much loneliness, but also the loneliness of not having solitude. Like, I have kids at home, and solitude is something that I crave. It’s like loneliness from oneself. A lack of connection to yourself. – from the CityLit interview

We’re born alone, we live alone, we die alone. Only through our love and friendship can we create the illusion for the moment that we’re not alone. – Orson Welles

Welles was wrong. No one is born alone. We all emerge from mothers. Even so-called “test-tube” babies gestate in and emerge from a woman. Dying alone is a lot easier to manage, particularly when the passing occurs away from medical care. But, for most of us, even in the age of COVID, there are people likely to be in attendance, even if they are not necessarily the people one might have preferred. We are social creatures from birth. That said, I do take Welles’ point that we are isolated bits of consciousness trapped inside a meat sack. 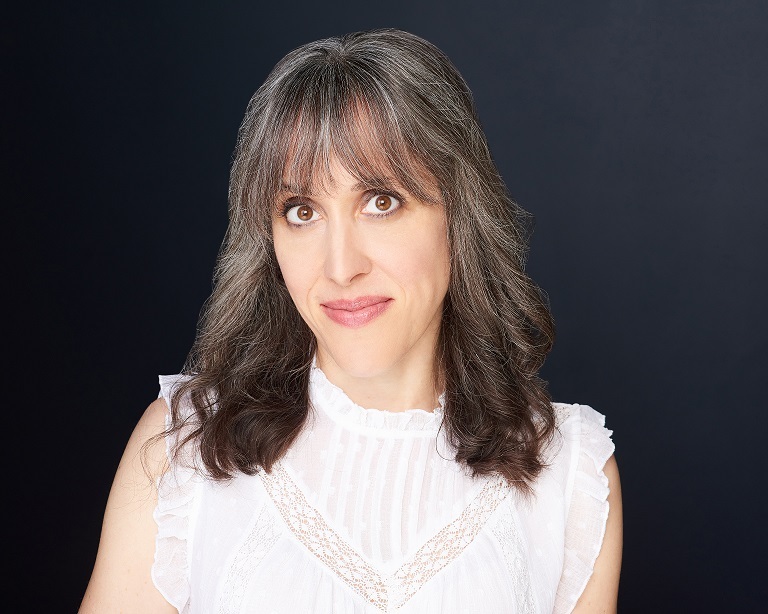 We are the only true witnesses to our lives, present for every moment, every experience, every feeling. Even our closest friend(s), lover(s), shrink(s) or interrogator(s) can only know a sliver of the totality of us. So what? Is this something we require? Does this mean that we are doomed to aloneness forever? The best we can do to share that self with others is to select subsets, parts of ourselves, immediate needs, likes, reactions, interests, artistic expressions, and feelings to share, to connect our solo consciousness with the greater humanity within which we live, to demand responses, connections back, human links. What if that desirable steady-state of exchange is disrupted, or never settles in at all, for reasons internal or external? CAN ANYONE OUT THERE HEAR ME?

But we do have ways of connecting. Communication, if we can muster that. Words, gestures touch, other non-verbal modalities. We are largely telepaths, communicating our consciousness to others through the magic of sight and sound. No station-to station hard wires required. And yet, even given this miracle within us, we can, and often do, experience (suffer from) loneliness. Is loneliness a failure of communication, a reaction to external stimuli (rejection), a mechanism, like pain, that tells us that something needs attending to, or something else entirely? Maybe being lonely is just a garden variety human feeling that we all have from time to time, but that some have in dangerous abundance, in a way like cell growth and replication, which is desirable, versus out-of-control cell growth, which is cancer.

In The Lonely Stories, editor Natalie Eve Garrett has called together twenty-two writers of note for their lonely stories, memoir items, not fiction. The quote at top tells us that she was interested in looking at a few things; alone time as burden, blessing, or out of reach, longing for solitude, and feeling isolated in our lives among others. We learn more in that CityLit interview:

Even though it’s called The Lonely Stories, I definitely wanted it to encompass facets and permutations of being alone, including joy in solitude, how solitude can be replenishing and healing. So it felt like maybe sometimes I nudged things more in one direction or another and it was really important to me that the book tease out the distinction between the two, because loneliness is being defined as a lack, whereas solitude is kind of the art of feeling at home with oneself. There’s a quote for me that a friend reminded me of, that loneliness is a poverty of self and solitude is a richness of self. I feel that really nicely addresses the paradox of how being alone can be both maddening and joyful.

The tales told here cover a range. All of these stories, none longer than eighteen pages, present complexity. No simple woe is me, I’m feeling bad, will be found here. Sure, there is a bit of surviving the breakup of relationships, licking wounds, but there are universal concerns, at the very least concerns that very many of us share.

Megan Giddings writes about self-empowerment, allowing herself to function, to survive when alone, whether in a hostile social world or a physically perilous situation. Several writers tell of feeling isolated, lonely and alone in relationships. Imani Perry writes of the singular loneliness of the hospital room, and of how many of those offering help do so out of social obligation, without substantive intent or understanding. Maggie Shipstead writes of the up and down sides to experiencing the beauty of nature while alone. ( The natural beauty I saw while walking my dog—the frozen ponds and snowy beaches, the tender pale sunsets over whitecapped ocean—sometimes felt irrelevant, even discouraging, without anyone else to stand there with me and say something like, Wow, so pretty) She and others write about the joys of being alone. Sometimes coping with loneliness requires some creativity. One writer tells of concocting imaginary helpers to beat back the night. COVID figures in some stories, one in a particularly dramatic way. Of course, one can choose to be alone and find that it is not quite what one had hoped for. Lev Grossman’s story of setting out to make his fortune as a writer was hilarious, and hit very close to home. ( I can’t overstate how little I knew about myself at twenty-two or how little I’d thought about what I was doing.) Of course choosing to be alone works out just fine for Helena Fitzgerald and Melissa Febos. A question is raised; Can succeeding at aloneness spoil you for togetherness?

One take on dream interpretation is that every person, every character in a dream is some manifestation of yourself. The experience of reading The Lonely Stories was a bit like that for me. In so many of the tales I could see myself in the experience of the story-tellers. I imagine that will be the case for many of you as well.

An aspect of this book that was, and probably should not have been surprising, (given the quality of the writers. Really good writing often has this effect.) was that I felt prompted to recall personal memories of loneliness, and it took some effort to turn that spigot off after only a dozen. I could have easily made this review a platform for my lonely stories, which would have been a disservice. (What if I alternate one of mine with one of theirs? went my inner gremlins. Wisdom won out. You have been spared.) It is the sort of book that would serve well as a springboard for a writing class. Everyone has felt lonely, if not all the time, then in some particular moments or parts of our lives. How about you tell of a time when you were lonely? The tales here will prompt you to think about a time, or many times when experiences, when feelings you had might fit quite nicely into a collection like this.

One thing I wished for was more of a look at definitions, where loneliness ends and being alone begins, for example. Where is the line between solitude and isolation? Where does the need to communicate run into a need for privacy? A three-dimension spectrum of solitude (not to be confused with the Fortress of Solitude) might be an interesting way to visualize aloneness, with the X-axis reflecting the degree of solitude, measured, I guess, in interactions per day in person or via comms, the Y-Axis indicating how much personal choice is involved (probably not much for a prisoner, some, for most people, more for a single person of means) and the Z-axis reflecting how a person feels about their XY intersection, with end-points at going insane and I’m good. Add color if a fourth dimension is needed. But maybe that would be in a psychology book, and not a memoir collection, so fine, whatever. There was an opportunity missed here in the selection of writers. Loneliness is a particular factor with older people, yet the oldest (that I could determine from simple Google searching) contributor is 60. Not a single fully vested Social Security recipient in the bunch, at least as far as I could tell.

Bottom line is that, while the title of this book may suggest it could be a downer, The Lonely Stories is anything but. It not only connects on an emotional level, but offers a wide range of insight into the human condition. You will laugh and cry, and maybe feel prompted to consider loneliness, or lonely times in your own experience. One thing is for certain. However you react to this book, you will not be alone in that reaction.

It’s the worst loneliness, I think, the loneliness we feel among those we feel we should be most like. Our tribe turns out not to be quite our tribe.

I received an ARE of The Lonely Stories from Counterpoint in return for a fair review. Thanks, folks. I felt less alone while reading the book and writing about it.

Items of Interest
—–Garbo – ”I want to be alone”
—–Roots of Loneliness – Solitude Vs. Loneliness: How To Be Alone Without Feeling Lonely by Saprina Panday
—–The
loneliness of the Long Distance Runner by Alan Sillitoe – complete text
—– Frontiers in genetics – Long-Term Impact of Social Isolation and Molecular Underpinnings

Filed under Bio/Autobio/Memoir, biography, Non-fiction, Psychology and the Brain

One response to “The Lonely Stories – edited by Natalie Eve Garrett ”