A Reunion of Ghosts by Judith Claire Mitchell

Three sisters plan to see out the millennium together, really see it out. The agree to a mutual suicide pact (life has not been particularly kind), to be carried out as midnight approaches on December 31, 1999. (We doan need no steenking millennium). As a part of this deal they agree to write a family history in which the end is really…you know…the end. A Reunion of Ghosts is that, rather lengthy, suicide note. Sounds cheery, no?

One might suspect that some families might carry forward propensities, whether by DNA, the class-based transmission of means and opportunities, or, maybe something even darker. So much nicer for folks to have a familial propensity for, say red hair, or artistic achievement, like the Wyeths, or Brontes, or Marsalises, maybe an athletic endowment. The Alou boys pop to mind. Sometimes, however, what is passed down is less rewarding. If there are detectable genetic markers for suicide, these folks would probably light up the test like a Christmas tree, although, of course, being Jewish, it might be a Channukah bush instead. There is even a chart on page 8 of my ARE listing members of the family with when, where and how they pruned themselves. It could make for the beginning of darker version of Suicide Clue. Is it Great Grandfather Lenz in a hotel with morphine, maybe Great Grandmother Iris in the garden with a gun, or Grandfather Richard in the bedroom with an open window, maybe Mother in the Hudson with a Bridge? It goes on. I do not want to give the impression that the only way out is DIY. For good measure there are plenty of non-suicide deaths as well. But the question is raised, can the crimes of our forbears curse future generations? Are we to be held accountable for the dark doings of our parents, grand-parents, great-grand-parents? What if we are not, but think that we may be? Is history destiny? 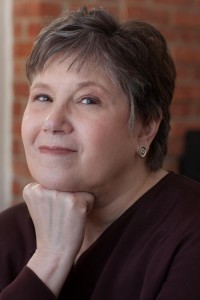 There is certainly considerable family history here, however much individual tales might have been truncated. The story flips back and forth between the lives of the sisters (and within sundry periods of their lives) and the lives of their ancestors in the 19th and early 20th centuries. The oldest sister is Lady, approaching fifty. She wears nothing but black; Delph is the youngest, at 42. It is on her calf that the introductory quote is inked, a bible item uttered by their mother when JFK was shot. She is cursed with seeing peoples thoughts in bubbles as they pass. (Then never—not ever—have anything nice to say about anyone.); Vee is in the middle, and losing her latest battle with cancer. The three contend with scarring of one sort or another.They live on Riverside Drive in Manhattan’s Upper West Side, in an apartment their family has inhabited for ages.

The three let us in on pieces of their lives, loves sought, found and lost, sometimes tossed. Hearts are broken. They are very engaging, relatable and often very funny. Their conversations sometimes effervesce. There are wits aplenty to go around and we are witness to the banter. Whereas the sisters’ dramas tend to the personal, however difficult, awful mates, lousy luck, the issues of their ancestors are painted on a more colorful European palette. They endure personal travails, for sure, but the issues are a touch larger.

The Alter family originated in what is now Germany. Members of the clan were involved in various enterprises and professions. One owned a dye factory, another was responsible for technology that increased agricultural yields dramatically. One was a brilliant, educated woman struggling to find a place in an exclusively male world. There are plenty of colorful sorts in the family history, including a homosexual, malarial dwarf, who was also Germany’s trade ambassador to Japan. Wedded bliss was hardly the norm, and there are sundry carryings-on. One family shares space with Albert Einstein and his relatively miserable marriage. One bright light concocts and supervises the implementation of some very, very dark science. And of course, there is that familiar issue of Jewishness in Germany. While the sisters’ contemporary tales are relatable and moving, I found the historical segments much more interesting and fun, however distressing the content.

Aside from destiny, there are concrete ways in which the travails of one generation are visited on the next.

“All I said to her was the truth. It’s the same thing I said after the other two were born. The lesson from the camp. I tell it to Lady and Vee, too. When they’re asleep. ‘Never love anyone too much. You never know when they might be taken away.’ I whisper it in their ears. Every night, I whisper it.”

There are plenty of literary bits in here, but Mitchell keeps them at a reasonable level. The females in the family are all named for flowers. Color is a presence across generations. There is a wonderful piece on horizontal light, another on acausal time. But it is not the flourishes that carry the day, it is the characters and their tales, very well told.

Not really a spoiler. A bit of a rant here, which should not take up actual review space, but which requires an outlet, so, a su-aside (I have not yet figured out how to emulate the spoiler tag I used in Goodreads, so this thing is taking up space it was not intended to. Sorry. ) Really, fate, schmate. We are all given a hand. It may suck, or it may be a flush. Point is that it is up to us what to do with the hands we are dealt. It is definitely true that there are real-world limitations, whether because of how society or one’s DNA is organized. Maybe the damage we have suffered has become too much, or our resources for keeping on have become too depleted. Tossing away one’s life can be understandable when one is faced with having to endure extreme pain or loss of self en route to the end of the line with a terminal illness. Depression factors large in the world today, and, untreated, steals one’s resolve to carry on. And I am sure there are probably other understandable reasons to go all Kevorkian. But to give up in the absence of such extremes, the case for some of the characters here, seems an abdication of responsibility. For most of us there are at least some human connections that will be affected, so this usually solo act sends tendrils out to grip others. One’s sense of hope may have been plucked clean, but some feathers can grow back. There is a time to die for all of us, sooner, later, whenever. We take umbrage at the making of a pact by three, admittedly fictional, people to mutually cease to exist in the absence of a terminal condition times three. Maybe it is my former-Catholic DNA popping up and saying that suicide is a sin. I wouldn’t say that, but I would say that it is a waste. Society does a pretty good job of throwing away people. We do not really have to give it any extra help. Ok, rant over.

The worst thing, of course, the ultimate crime, is to even consider giving up a rent-controlled apartment on Riverside Drive. I mean, if the rent ain’t too damn high , you can walk to Zabar’s, see the Hudson, hang out in Riverside Park and discretely shoot spitballs at the joggers who trot by in thousand dollar sweats or bikers speeding by on their five-K rides, or stand around and watch the filming of one of the three thousand cop shows that use NYC for a set, exchange snide remarks about the blight of unsightly construction on the other side of the river, get in on some excellent sunsets, have reserved seating for fireworks, and not have to give up eating and replacing your threadbare threads just to manage the monthly. If that does not make life worth living I don’t know what might. Of course now I must fear that if I write a crap review my great-grandchildren will suffer because of it. And which of my bloody ancestors, I would like to know, is responsible for the state of my bank account? Talk about being cursed.

This is a remarkable novel, able to take on very serious subject matter and maintain a very smart sense of humor at the same time. A Reunion of Ghosts is definitely well worth checking out.

This is Mitchell’s second novel. She teaches fiction writing to grads and undergrads at the University of Wisconsin in Madison,

A theme song for Reunion – oh yes, I did

On January 8, Buzzfeed listed Reunion among 27 Of The Most Exciting New Books Of 2015

One response to “A Reunion of Ghosts by Judith Claire Mitchell”