The Tilted World by Tom Franklin and Beth Ann Fennelly

The authors’ first novel together

Dixie Clay woke past noon, and even waking she noted that the world sounded different from when she’d retired at dawn. As she swung her feet off the bed and into rubber boots, she looked out her window. The rain lashing Hobnob had slowed, now just fat drops plopping from greasy-looking leaves. By the time she was drinking instant coffee in her kitchen, the sun was coming out.   This had happened a few times since the big rains had started in November, but Dixie Clay no longer ran to the door. She didn’t look for a rainbow. No, she no longer hoped, merely waited for the rain, and when it came falling harder than ever, as if it’d stored up its strength in the interval, she took a bitter comfort in being right

When we think of great natural disasters in US history some chestnuts of misery pop readily to mind. The worst in terms of official body count (8,000) is the savaging of Galveston in 1900 by a hurricane ( Isaac’s Storm). Many might offer Katrina, with almost 2,000 dead and damage over $100 Billion. How about the Dust Bowl of the 1930s (The Worst Hard Time) or The San Francisco Earthquake of 1906, which killed 3,000. Maybe the Johnstown Flood of 1889. But were you aware of the great flood of 1927? Me either. On not so Good Friday, in 1927, a hundred foot wall of water burst through a levee (there were several breaches along the river) and laid waste to 27,000 square miles of land, applying the force of a couple of Niagaras to land near, and not so near the river, in effect, an inland tsunami.

Entire towns were erased. A million homes were destroyed. Hundreds of thousands needed rescuing. What might it have been like in the time before, during and after this cataclysm?

The impending transformation of The Big Muddy to the Big Messy forms the backdrop in The Tilted World, the first joint book by husband-and-wife Tom Franklin (Crooked Letter, Crooked Letter) and Beth Ann Fennelly (Great With Child). Ted Ingersoll and Ham Johnson are undercover federal agents sent to Hobnob, Mississippi to find out what happened to two revenue agents who had preceded them, but had never returned. They happen across the results of a failed robbery, several dead participants, but find an infant survivor as well. Ted, raised in an orphanage himself, takes on the task of finding a place for the baby. In doing so, he meets Dixie Clay Holliver, a young woman married to the charming but slithery Jess, an ambitious sort who cares for money in inverse proportion to his regard for his marital vows. He is not above using violence to get his way. Dixie Clay, 22, had lost her own baby to illness. Neither she nor her marriage had ever fully recovered from the loss. Dixie leaps at the opportunity to satisfy her maternal drive. Problem is, Dixie and her Jess are bootleggers the feds are looking to shut down.

Genesis-level relentless rain keeps the river rising and the people nervous. Some rich folks in New Orleans would like nothing better than to blow a levee upstream in order to reduce the risk to their property, and they may have found someone willing to help.

There is plenty to like in The Tilted World. Our co-stars Dixie Clay and Ted Ingersoll (which calls for yet another pairing of the 21st century version of Tracy and Hepburn,  J-Law, and Bradley Cooper) are both very engaging. Evil does battle with good, or, 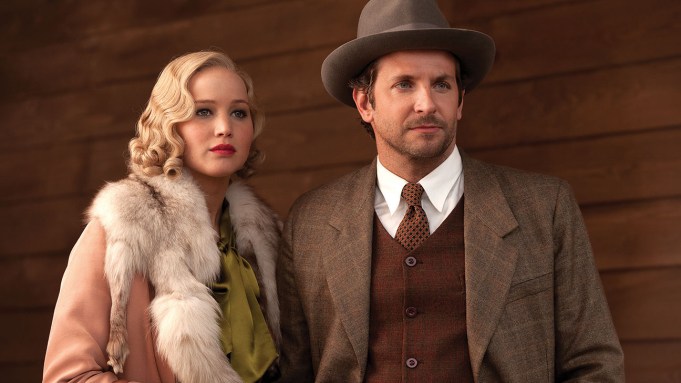 Image, from the film Serena, taken from the blog College Candy

well, some version of good. Babies need saving, huge danger mounts and a vast area is threatened. In telling us the story of Dixie, Ted and the town of Hobnob, Franklin and Fennelly also give us a taste for what the locals experienced in that dreadful time, the daily reports on the water levels, weather reports from up and down the river, news of threats to the security to the levee and the offer by some to actually buy the town in order to destroy it by blowing up the levee. There are also some elements of political historical interest, most particularly concerning the role and intentions of Herbert Hoover in the disaster recovery. (Heck of a job, Herbie.)

It is an interesting, engaging and fast-flowing read. You will care about the two main characters and learn something about the time and place. However, there are significant problems with the book. One is a cartoonishness. Dixie Clay is presented at times with a Disney-like aspect. The authors had already established that Dixie is a good egg, but give in to a princessy urge when they gild that lily by having her free a trapped hummingbird. I guess the dwarves were not available, although a relation of her husband fills some dwarfish roles later.

Image taken from the blog BplusMovieBlog.com

Her husband, Jess, is such a black hat he should have been named Snidely Whiplash.

There is a corrupt local sheriff who refuses to listen to reason, (where have we seen that before?) and, returning to Disney, there is a particular affinity for orphans here. Toss in an addled flapper who reeks of madness. This is too bad, as the informational payload of the tale is considerable.

Another significant gripe I had with this novel was that a core conflict is resolved off screen, and is related to us by a participant. This should have been in center stage. The ease with which Ted and Dixie locate some missing folks strained credulity as well.

But I do not want to end with a negative slant. There are very compelling scenes of the flood, burning of Atlanta, cinematic opportunities of the highest order. Dixie and Ted are very engaging. Despite her hummingbird moment, Dixie is more Mulan than Snow White, (the cartoon Snow, not the more kick-ass version in the current TV show, Once Upon a Time) a tough and determined survivor with very positive inclinations. If you can retain behind a mental levee concern about some of the questionable choices made by the authors you will definitely enjoy The Tilted World, come hell or high water.

Archival footage of the event, a signal corps film

Riveting photos of the flood