When it comes to literature about eating, science has been a little hard to hear amid the clamor of cuisine. Just as we adorn sex with the fancy gold-leaf filigree of love, so we dress the need for sustenance in the finery of cooking and connoisseurship…Yes, men and women eat meals. But they also ingest nutrients. They grind and sculpt them into a moistened bolus that is delivered via a stadium wave of sequential contractions, into a self-kneading sack of hydrochloric acid and then dumped into a tubular leach field, where is it converted into the most powerful taboo in human history. [no, not wearing white after Labor Day]

If I had my own university I would see to it that Mary Roach received an honorary doctorate in Scatology. She does seem to have a predilection for investigating elements of human functions that would be considered indelicate in polite company. Of course, to my not-so-inner-Beavis, this is mother’s milk. (Oh, god, no. Is she going to look into that next?) So far, Ms. Roach, a science writer, has managed to process information and squeeze out books on dead bodies (Stiff), the afterlife (Spook: Science Tackles the Afterlife ), some of the more personal elements of space travel (Packing for Mars) and sex (Bonk: The Curious Coupling of Science and Sex). In Gulp, Ms. Roach looks into the details of how, during our corporal existence, we fuel the engines that allow us to scoot between planets or partners, and which make it possible to contemplate what should be done with our remains.

Mary takes us on a lively cruise down the alimentary canal, which lies somewhere between Love Canal and Root Canal, but with more jokes. Really though, a canal is what we are. Stuff in, stuff out, and an increasingly complex control mechanism to make sure it keep flowing. Philosophy? Religion? Civilization? Whatever. Feed me. Let me poop and pee and the rest is gravy. Because, you know, if you can’t or don’t eat, everything else is moot. (Insert anorexic model joke here) If you can’t get rid of the final product, everything else is really nastily moot. So, while our trip with Captain Mary may lack the derring do of the good ship Proteus, (and the wooden leg of that other well-known cruise) it is a fantastic journey from here to there, and most definitely not back again.

As with any sightseeing outing, your tour guide will point out the structures along the way that are considered to be of interest. All ahead full and pay no attention to those white particles dangling from the tree roots along the side. We begin our look inside by examining how smell affects the way things taste to us. If you smell a rat, it might be because of its diet, of which more later. Our first stop is the nose, along with our sense of smell, which functions as the body’s TSA, with its own list of items that may not be brought aboard. 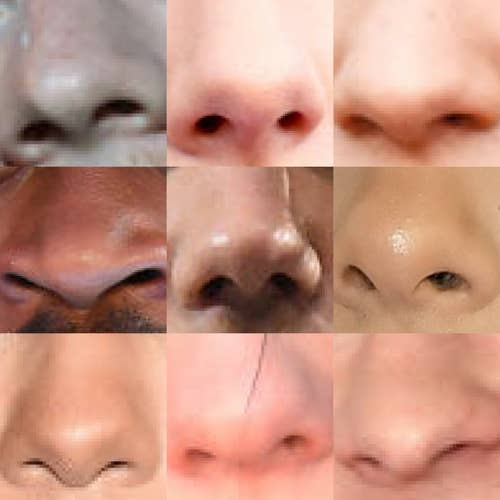 Hold on for a bit as the captain steers the boat into an unexpected cul-de-sac. While there, you will pick up some info on the food you get for your cats and dogs. Ok, backing out and here we are, looking at the appetite for organ meat in various places and cultures, what is good about it and how many of us consider it nasty. It is in this chapter that we discover that Narwhal skin turns out to be rather tasty.

Around the bend and down the hatch, Ms. Roach spends some time pondering the question of whether, like one jaw-weary fellow in 1903, we might believe that by chewing one’s food very, very thoroughly, one can gain greater nutrition from it than someone could by chewing it a more typical number of times. And while you are mulling that over, Roach goes poking into the strange case of Dr. William Beaumont, the researcher, and Alexis St Martin, his personal guinea pig, the proud possessor of an ill-healed and surprisingly non-fatal gunshot wound to the torso. It scarred up oddly and left the enterprising Doctor Beaumont direct access to Mister St Martin’s stomach. Let the testing begin, and go on and go on. Hey, come back here. I’m not done. For a feature length look at this, up that tributary on the left, you might poke your nose into Open Wound: The Tragic Obsession of Dr. William Beaumont by Jason Karlawish. Next, Captain Mary points out the surprising relationship between spit and laundry detergent, actually between spit (there are two kinds, neither of which is called warm) and a lot of things, and why we like our foods to be crispy and crunchy. And if you were wondering if this little excursion included the risk of being devoured by large living creatures, Roach can fill you in on the odds of surviving inside a leviathan’s stomach.

There are plenty more sights to be seen on this journey, subjects like ways of eating oneself to death, the explosive danger of intestinal gas,

(“I know a case, this was fifteen years ago, where the man ate a huge meal and then took an inordinate amount of Alka-Seltzer.” [Dyspepsia expert Mike] Jones made an exploding sound into the telephone. It was like that Monty Python sketch, the Wafer-Thin Mint, where the guy is gorging himself and finally he goes, “I’ll just have this one wafer-thin mint…’”)

and the booming field of flatulence.

From Flixter.com
(I bet you thought I was gonna go with the infamous bean scene from Blazing Saddles. I am much too classy for that. You will have to go there on your own. Just click this.)

And did you know that it was not only possible to ignite farts, but are some people who have flammable belches?

Roach gets to the bottom of the practice known as keistering, and hooping. Prison is a likely lab for such research into the use of the rectum as a cargo hold. The storage capacity is impressive, to the point that one inmate was referred to as OD for Office Depot, for his hooping capacity, actually used for keistering office supplies. I’m not using that stapler.

And you will be amazed at how much of a rat’s diet consists of material that…um…emerged from the rat. So on spotting a certain rodent in Orlando, try to stop yourself from asking what it is in that taco he is toting. And you do not want to be downwind of that breath.

The colon comes in for considerable examination, and figures in a surprising theory for the cause of death of a king. She comes clean in a look at the history, reasons for and abuses of enemas. And, of course Mary lets loose when she gets the scoop on pooping. She even notes a chart that delineates the seven different types. You know you want to see it. Ok. Time to squeeze yourself off the boat. Be sure to tip the guide.

Roach always delights in reporting on names that are particularly apt.

my gastroenterologist is Dr. Terdiman, and the author of the journal article “Gastrointestinal Gas” is J. Fardy, and the headquarters of the International Academy of Proctology was Flushing, New York.

I suppose the academy might be better off in Richmond, VA, in the neighborhood called Shockoe Bottom, or maybe in Proberta, CA.

A couple of minor gripes. This book could really have used an index. And the chapter on feeding Spot and Fluffy, while interesting, seemed a bit of a digression from the main journey.

That said, reading Mary Roach is akin to the pure joy one experiences from things like Ripley’s Believe It or Not, with the benefit of knowing that there is no smoke and mirror involvement. Reality is soooooo weird. And we have Mary Roach to thank for refilling our occasionally dwindling mental storehouse of disturbing images, (You will never think of Elvis quite the same way after reading this book) and fascinating scientific facts, like the possible origin for the belief in fire-breathing dragons or the medical efficacy of fecal transplants.

There is never a doubt that Mary Roach will make you laugh and teach you things you never knew before. What could be better? Ok, I mean aside from the Blazing Saddles clip.

Here is the full vid of the wafer thin mint bit, aka Mr. Creosote. Don’t even try watching this if you get queasy easily. It requires a very strong stomach or a very weak mind.

The May 2013 issue of Smithsonian Magazine features an article by Roach, The-Gut-Wrenching-Science Behind the World’s Hottest Peppers and there is another piece in that issue that may be of interest, Why You Like What You Like by Tom Vanderbilt. BTW, the articles are named differently in the magazine and on the web site.

Town Hall Seattle has an excellent audio presentation by Roach

Mary is interviewed on NPR

And in the New York Times

There is a wonderful interview with Mary on The Daily Show, a two parter. Here is Part 1 and here Part 2

Filed under Reviews, Science and Nature

2 responses to “Gulp by Mary Roach”