Frozen in Time by Mitchell Zuckoff

Mitchell Zuckoff seems to be making a habit of looking into the travails of crash victims. His prior book, Lost in Shangri-la , followed three survivors of a WW II era plane crash in New Guinea. They faced the usual sorts of dangers, a step back to the Paleolithic, and a diverse assortment of possible ways to die; cannibals, elements of an enemy army, all sorts of predatory and/or poisonous critters, microscopic invaders that could ruin your day, and help see that it is your last. The whole world was watching and cheering for their safe return.

Reversing his orientation a bit this time Zuckoff, in his latest WW II opus, Frozen in Time, has substituted brutal cold, and a particularly unwelcoming landscape for those other hazards. I’ll take the cannibals every time. (with a nice Chianti) In this instance, the whole world was unaware of the events until well after they had come to a conclusion. Upping his game, Zuckoff deals not with a single crash, but with several, in a cascade. 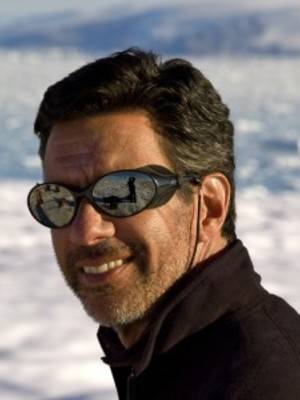 I suggest that if you have a choice between death by the fire of a predatory jungle or the ice of an arctic wasteland, you would do well to choose the former. You’d have a better chance of making it. At least you would not have to worry so much that the ground on which you were standing might open up and swallow you whole, that you might lose body parts to the relentless cold of Arctic winter, that you might lose your mind waiting to be brought home, while blizzard-driven snow seeps into your shelter. And of course there is always the danger of becoming a GI-sicle for a prowling polar bear. There are survivors of this experience who lived through 148 days worth of cold days in hell.

There is a saying that bad things come in threes. It might have been nice if that had been the case in Greenland, in 1942. Greenland seems to have the same effect on powered vehicles as the Bermuda Triangle. There were at least a dozen crashes there in 1942. The trouble under scrutiny here began on November 5, when a military cargo plane, a C-53 Skytrooper, [above] the equivalent of a civilian DC-3 airliner, was returning to its base from Reykjavik after a “milk run” delivery of war materials. It was carrying a crew of five.

Shortly after the plane reached the southeast cost of Greenland, a location that defined the edge of nowhere, disaster struck: …the Skytrooper went down on the ice cap. By some accounts, the crash occurred when one of the plane’s two engines failed, but other reports were silent on why the C-53 experienced what the military called a “forced landing.” The official crash report declared the cause “unknown and no reason given in radio contacts.” A handwritten notation added, “100 percent undetermined.”

The air over Greenland was a busy locale in those days, with dozens of flights transporting men and materials to the war every day, then returning home to do it again. But Greenland is the largest non-continental island on Planet Earth so, even with a lot of planes searching, locating a downed aircraft was no simple task. Here are some comparisons:

In other words, big frackin’ haystack.

On November 9 a B17F, a “Flying Fortress” redirected from its mission in Germany to participate in the search, ran into trouble

When they reached the end of Koge Bay fjord, [the crew] saw that everything outside was the same frightening shade of whitish gray. They couldn’t tell where the sky ended and the ice cap began…When the true horizon disappears in the Arctic haze, a pilot might as well be blind. Pilots fortunate enough to survive the phenomenon describe the experience as “flying in milk.”

It did not end well, and nine more servicemen were unwillingly grounded.

On November 29th, desperate to evacuate members of crews what had been stranded in an arctic wasteland for weeks, a pontooned Grumman seaplane know as a Duck, assigned to the Coast Guard ship Northland was making a second daring run, having already rescued some survivors.
It went back for more. But a storm blew in before the Duck could make it back to its base. The pilot was flying blind. The plane crashed into the ice. This is an image of the very plane, taking off. Not a lucky ducky.

There is more, but these are the big three bits of awfulness of this tale.

Frozen in Time tells the stories of how the crash survivors fared, how the rescue operations were planned and how those worked out, or didn’t. These stories are both fascinating and chilling. There are many examples told of MacGyver-like creativity on the ground among the crash-ees, among the rescue teams and, decades later, in an expedition looking to bring ’em home. This last is a parallel tale that is given much less than half the book. Not all the men and not all the planes made it back in 1942. The author becomes involved with people who are looking to find and repatriate the remains of the crash victims who did not survive. There are a lot of personalities in play here and a fair bit of politicking. It is not as interesting as the core survival tale, but it is informative. A recovery mission does indeed take place, in 2012, and the author is a full participant in that.

It’s tough enough finding a 60+ year old wreck that stands still, (not counting myself) but in Greenland the ice sheet is a very large moving target. Drop a flag on point A and when you return it could be at Points E, Q or X. And then there is the accumulation of more than half a century’s worth of compacted snow.

Imagine searching for a diamond chip buried deep beneath a frozen football field; your best tool is a straw what makes tiny holes into the ground, through which you peer down to see what’s below; if your holes miss by even a little, you’ll miss it; and you have a brief window to explore ten potential locations before being kicked off the field.

The story of the attempt at recovering remains is certainly interesting. It is no surprise that there are sundry parties at Department of Defense meetings who offer a chilly reception to the contractor who was looking to undertake the mission. We get to be a fly on the wall for a few of these.

But the meat of the story is the tales of survival, how these men (all the crash-ees were men) contended with such a hostile environment, what they did to create livable living spaces, how they coped with hunger, as well as cold, and fear. Some fared better than others. It is a bit frightening to learn that a plane landing on a glacier is in danger of getting frozen to it, like a warm tongue to a frozen pipe. There are uplifting items as well in this dark tale. You will learn about the “Short Snorters Club,” if you are not already a member, and the purpose of a Snublebus. You will also expand your vocabulary a tad with some arctic terms.

You will learn as well, about the dedication of the military to bringing home every reachable service member, and about some of the after-effects of the stranding experience on those who made it out.

Not Scarlett O’Hara perhaps, but a telling indication of the permanence of the crash experience on the survivors. Many found themselves with increased susceptibility to cold. Not everyone had the luxury of such discomfort. One poor bastard survived a crash in the B-17 only to succumb to another as he was being flown away from the bomber in a rescue plane.

There are several crews to keep track of and I think it would have been useful for there to have been a section listing them by vehicle, rather than, or in addition to the straight alphabetic list provided in an appendix. That said, the volume I read was an ARE so there may be a difference or two between what I saw and what is in the final hardcover edition. Just in case it is not provided there,here is the crew list by craft.

You are on your own keeping track of other planes, ships and ground-based rescue teams that come into play in this story.

If you liked Lost in Shangri-La, it is a good bet you will find it worth the effort to search for a copy of Frozen in Time and bring it home. Read it in a warm place.

The author’s FB page for this book

Video of the downhole camera. (2012) Uncomfortably similar to a medical scoping