The Chase by Lorna Fergusson

What lies below cannot be ignored, whether what lurks there is something physical, historical or emotional. In Lorna Fergusson’s The Chase, Netty and Gerald Feldwick have fled Oxford, scene of a crushing family tragedy. Gerald sold his share in his business and has bought an ancient place near the village of Malignac (sounds daunting, non?) in the Dorgogne region of France, a bargain-rich magnet for retiring Brits during the downturn in the Euro some years back.

Netty’s first view of their new home calls to mind Manderley, so we can expect some unpleasantness. We can also keep in mind that, as with Rebecca, we are looking at a relationship in which the power of the parties is far from equal.

The house is named Le Sanglier, or The Wild Boar, and those critters, of the four and two-legged variety will inform much of the tale. Place, the house and the surroundings, is crucial. Although the action does, on occasion break back to Oxford when Gerald is summoned for diverse reasons, it is this region of France that is the primary setting.

Fergusson’s experience as an award-winning short story writer is clearly an asset as she intersperses images and tales of what has taken place before, from early cave artists, to Pan, to Roman invaders, a scene from the hundred years war, some aristocratic goings on in the 18th century, a 19th century tale of love and woe, and a story of the most recent uninvited guests, from 1944. The tempests of earlier times must have seeped into the soil, and left seeds, both physical and spectral, which pursue the 20th century residents. 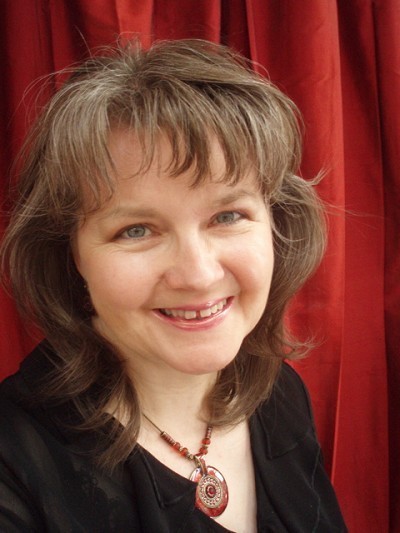 Apparitions will indeed appear, but in short enough supply that this cannot really be seen as primarily a ghost story. It is more one in which manifestations of the past make their presence known on occasion, projections, perhaps, of more contemporary emotional states. Are we doomed to follow the same paths as those who came before? Are we prisoners to history?

Although the primary focus is on Netty and Gerald, The Chase features an ensemble cast. Ex-pat Brits, some British visitors and a fair number of locals also. A well-to-do local widow serves as a sort of lady of the manor. There is an artist, a professor, an attractive gentleman of uncertain means, and an earthy farming family with a secret of their own. And many meal-time gatherings. Fergusson seems particularly fond of herding her troops into room-size clumps the better to bounce them off each other. I found the most moving parts, though, to be several intense one-on-ones.

Can Netty ever get past her tragedy, and the guilt which harries her? She does break out from time to time, feels her oats. But it is outside the box for her. Can Gerald face his feelings about it instead of running away? Can these two actually talk to and see each other? There are adult children who play parts on and off stage. The Feldwicks’ son visits and is a source of competition between his parents. Netty handles things very badly when her son tells her a large secret. Their daughter remains out of the picture, living in Virginia.

The chase theme reverberates throughout the book, from a cave painter recalling hunts of his time, to battles in the middle ages, to some 20th century pursuits, to an actual present-day hunt. The pressing of classical mythological suits is noted as well. These echo the interpersonal chasing that is going on among Fergusson’s contemporary characters, and which appear in art the characters own or create.

The picture was simple: the goddess of love stood in the midst of a forest, each branch on every tree heavy with birds in pairs. Venus’ unbraided golden tresses hung to her knees, gently waving in an unfelt breeze.
‘She sees the beautiful youth Adonis. It is a coup de foudre; instantly she loves him, she pursues him, and who can blame her, tied as she is to the dark and sullen Vulcan?’
Netty followed the sidelong glance of the divinity to the next picture, and drank in, as she did, the taut grace of the boy, his freshness, his eagerness, his easy strength and as yet unshaken confidence. The birds had left the branches and were crowding above his head. She could almost hear their voices.
‘The goddess and the mortal meet: how can the mortal resist? Her divine passion ignites him, he is consumed with desire, he forgets the world of men, he thinks only of her.’
The next panel depicted Venus reclining at ease, sated, triumphant, the boy lying in her lap. Her slender fingers coiled in his hair and curled round his white neck and held him there.
‘But alas, even for gods, perfection is hard to preserve. The youth becomes restless. Like all men he finds it hard to live for love alone. He chooses to go hunting, and defies his mistress.

It can be a struggle, when presenting characters who are not all that appealing, to sustain a reader’s interest, but Fergusson manages. Netty, our primary, has suffered, but does not seem able to get past her trauma. Also she has some difficulty allowing others their reactions to the tragedy. She is not a bad sort, but she could do with a bit of sensitivity training. It is not easy to root all that much for her husband either. Gerald is an action-oriented man, who would rather do something than feel something. He decides, she accedes. Combined with his wife’s inability to get past her problems, theirs is a marriage that is almost certainly doomed. On the other hand, the depiction of the relationship does have a definite ring of reality to it. One exception there is Netty’s complete disinterest in her grandchildren. This struck me as curious.

The strength of The Chase lies in its heated moments, real and spectral, which are gripping and effective, and the intermission chapters in which tales from the past provide a diverse palette against which Fergusson frames the events of the contemporary story. She offers an interesting portrait of a place and its history, and a vibrant portrait of people trying to come to terms with the problems that hound them.

The author sent me a digital copy of her book in return for an honest review.

The e-book I read was 169 pages, but the print length of the book (it is available in paperback) is 304 pps

The Chase was first published in hardcover by Bloomsbury in 1999. The author has retrieved publishing rights and is re-publishing it now via FictionFire Press in e-Book and paperback.

One response to “The Chase by Lorna Fergusson”