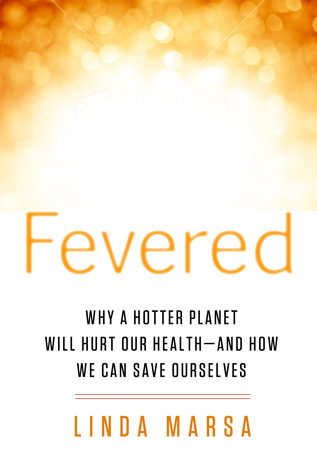 The Heat is On

As the planet gets hotter, we’ll live sicker and die quicker

All change is a matter of degrees. Up or down, a bit here, a bit there. And in time, with persistence, you really have something. In the Broadway and later film musical, Pajama Game , the cast sings of the accumulating impact of a small change, in this case literal small change. And so it is with global warming. A fraction of a degree here and there, and what with adding that small bit over and over, the overall amount grows significantly. When we think of warming, we tend to think of what is going into the air, water and land right now. When the fact is that we have been making carbon deposits into our environment for a long time, and are beginning to see the result of that. If you will allow another dip into our musical theater history, the show Mary Poppins, offers a lesson on the value of compound interest. In the case of our planet however, the Fidelity Fiduciary Bank in question has grown far too large, its holdings are increasingly comprised of toxic assets and it threatens us all with more than just a fiscal meltdown.

The author with a ring-tailed lemur in Sarasota, Florida

Global Warming is a hot topic. When we think of the medical impact of global warming it is usually in terms of coping with personal temperature management, keeping cool in the hot weather. We might think of shrinking polar caps, maybe rising sea levels, more energetic hurricanes and the like. But there are very concrete health impacts that might not be so obvious. What if the breeding season of disease-vector mosquitoes were to be extended? More mosquitoes = more illness. One effect of shifting weather patterns brought on by warming is desertification. Dust storms increase in frequency and severity. While one may think of dust storms as a health threat due to the danger of airborne particulates making their way inside our bodies, such storms also carry fungus spores, and the diseases they can cause. There are many such effects we can look forward to as the short-term focus of corporate and political leaders ensures that our long term is hotter and in need of medical attention. In projecting the likely result of any ongoing situation, the devil is in the details, and the author has collected enough of the pesky horned guys together to raise the global temperature even more.

Science writer Linda Marsa, whose previous book, Prescription for Profits , addressed the impact of corporate culture on medical research, has offered compelling details about how a warming planet will, hell, is already affecting our health. A lot of what she reports will surprise you. I am no stranger to the subject, and found that I was being regularly alarmed at what I had not known or suspected.

Elements of warming that will affect our health include wider extremes and gyrations in weather,

Hot air holds more water, so we will have more torrential rains, more ferocious hurricanes, and, conversely, more dry spells as a result of heat-induced changes in rainfall patterns. Rising temperatures could trigger pestilence, drought-induced food shortages, raging firestorms, massive migrations, political instability, and wars, even the return of the bubonic plague…In the near future, millions might perish and millions more might be sickened by the litany of medical conditions caused or exacerbated by living in a rapidly warming world: heart disease, asthma, severe respiratory infections, heatstroke, and suicidal despair.

faster global spreading of disease with the growth of global access and increasing interconnectivity,

The explosion of international travel on a hotter, wetter planet—more than 60 million Americans travel abroad every year, and an equal number visit the United States—has created the perfect conditions for the increased transmission of lethal pathogens from the tropics to industrialized nations. Hitchhiking parasites and infected individuals carting microbes that can be passed on by mosquitoes can now go anywhere in the world in less than 24 Hours and deliver reservoirs of malaria, dengue, or chikungunya fever, a particularly nasty infection that causes arthritis-like joint pain, to newly temperate regions…These two factors—global movement and changing global weather—are what enabled the West Nile virus to become entrenched in North America.

assaults by air pollution on our ability to breathe,

One component of pollution, diesel fumes, delivers a double whammy for health. The diesel exhaust emitted by factories and big rigs not only damages the lungs, but also makes an excellent transport system for fungal spores, which proliferate in hotter, carbon-enriched environments. They attach themselves like glue to the tiny diesel particles, which scatter them in the wind in a “nasty synergy,” to use a phrase coined by the late Dr. Paul Epstein, a pioneer in environmental health at Harvard. The fungi lurking inside the spores can be lethal… [causing Valley Fever]

By By Quinn Dombrowski

After 48 hours of constant exposure to temperatures in excess of 90°F, the body’s defenses start to break down. Consequently, the swiftness of the public health system’s response to heat-related illnesses can literally mean the difference between life and death.

and the stress of exploding demand on existing infrastructure:

[re New Orleans post Katrina]…the mental health care infrastructure—which had been inadequate before—was virtually nonexistent at a time when the need couldn’t possible have been greater. At one point there were only 22 psychiatrists in a city of 200,000. Within a year after Katrina, five doctors became so despondent they took their own lives. “It wasn’t just the destitute poor who had no hope, but professional people who didn’t leave New Orleans and who stayed in the middle of it.

It would be easy to look at all the dark sides of our current warming crisis and start looking for a convenient bridge from which to end it all. But wait. There is plenty more between the covers of Marsa’s report. In fact, she goes into some detail about actions that can be taken. Progress is already being made to reduce our carbon footprint, particularly via smart urbanization. She also shows how we can learn from pioneers in confronting the impact of warming, folks in the Netherlands and Australia specifically, who are learning the lessons of coping at the bleeding edge of climatic change.

I do not have any gripes about Fevered. Well, ok, maybe a very small and irrelevant one. I am of the opinion that most written work is made more palatable with a dose of humor. I know most of you are not exactly looking for comic relief in a book on global warming, and that is where I happily concede that this is a purely personal bias, and probably needs to be ignored. But the book could have used a smile or two, maybe a Far Side comic, something. But really, feel free to ignore the man behind this paragraph.

Marsa is a seasoned pro who has done her homework and whose experience as a popular science writer is on full display here. Which is a long way of saying that is it an easy-to-read book, rich with information, without being dumbed down.

It is probably the case that folks who are of the rightist persuasion would not bother picking up any book on global warming that did not feature conspiracies and reassurance that nothing is really wrong. Why confuse ideology with facts? But that leaves two thirds of us. For readers with minimal familiarity with warming, Fevered is a good introduction. The audience that will gain the most from the book, I suspect, consists of those of us who have read and studied enough to know just how bloody real this event is, and can always uses some more specifics, both for use in fending off zombie hordes of deniers and in thinking about where public resources should best be directed to cope with the impact.

Hopefully we can apply some heat of our own, get fired up and light a match under the appropriate representatives, senators, mayors, governors, council members and CEOs. Along with us they share responsibility, to a large degree.

The author’s website . There is one video in particular that sums up her expectations for the future, in the blog page of the site

It is hard to find an example more directly relevant to Marsa’s thesis than this one, Pollution Costs California Hospitals Millions of Dollars by Gina-Marie Cheeseman – March 23rd, 2010

The September, 2013 issue of National Geographic is focused on Rising Seas. This is MUST READ material, very accessible, very alarming.

3 responses to “Fevered by Linda Marsa”